We were leaving Bucharest early in the morning, when the city was covered with the golden light. All the grey buildings, which did not even impressed us a day before, became surprisingly charming. Isn’t it funny, how powerful is the sun? I do not know how is with you, but every time the days are sunny, I have much more energy than when the days are cloudy and grey. The smiles on our faces today were not only up because of the sun, but also because we were driving towards the Black Sea. 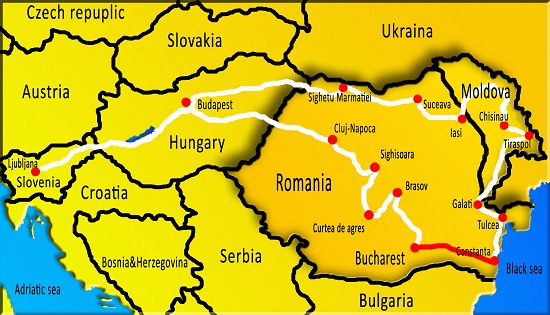 Our Romania travel map (Bucharest to Constanta and the Black Sea)

The Black Sea in Romania invites numerous holiday makers during the peak season and the sandy beaches are always packed with tourists. More than 1 million holiday makers come here each season, so you can imagine it is pretty hard to get even a nice empty space on the beach. 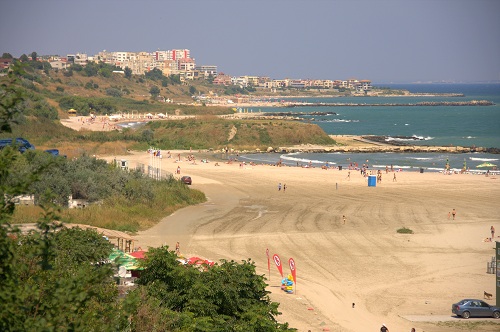 During the peak season there are hundreds of holidaymakers on the Romanian beaches, but few weeks later, there beaches are almost empty (Black Sea Romania) 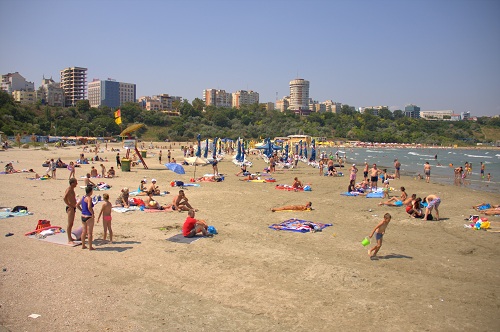 Before we reached the Black Sea, we were driving on the Romanian highway, what would be pretty boring if we would not be encountering long and golden wheat fields on our way. The landscape here was totally flat and completely different from previous days spent in Carpati or in Transylvania. 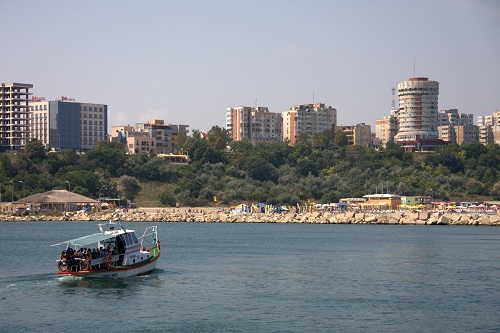 Our first stop was a coastal city of Constanta. If you are coming from Bucharest this city will also be your first stop at the Black Sea. There are many hotels and resorts and even a wide, long sandy beach is not missing here. Constanta is the principal Romanian port, so tourism is not the only money maker here. Constanta is nice to walk around and seeing it history landmarks from different eras. You can notice a Turkish mosque and many Roman ruins, once home to a great Roman poet Ovid. 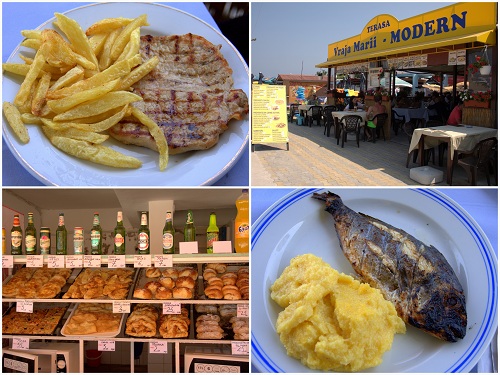 We did not spend lots of time in Constanta though – it was more of a quick stop for lunch in one of its many local restaurants on the beach. The lunch in Constanta was super cheap as mainly local tourists are spending their holidays here. After lunch it was straight to national park Grindul Chituc, where there is nothing, except the nature. The national park Grindul Chituc is about 40 kilometres far from Constanta. 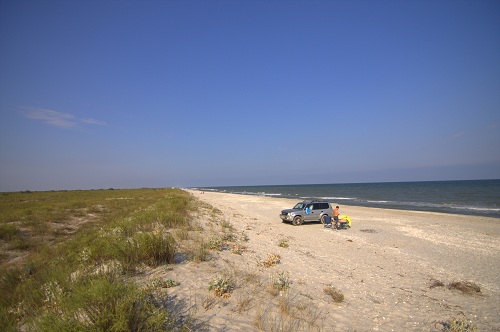 On our way to NP Grindul Chituc, we were driving threw different touristic towns with lots of casinos and night clubs, so we did got an idea, what Romanian people like, when being on holidays. From time to time, we even found some nice bays filled with kite-surfers. The wind here is constantly strong, so the Black Sea makes it a perfect kiting spot. 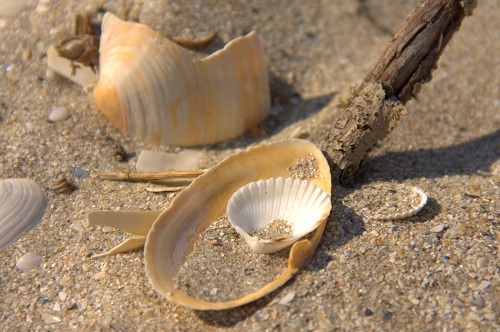 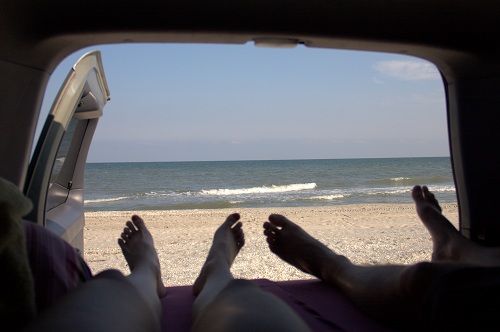 Our view – it cannot get better than this (Black Sea Romania)

The national park Grindul Chituc was our last stop for today, as we have decided to stay one night here – wild camping. Not that there were no camping places, but we just like wild camping and not to mention it was free. We loved it here – we were almost alone here, except for some locals – all enjoying sand, the sea and sun. Perfect! 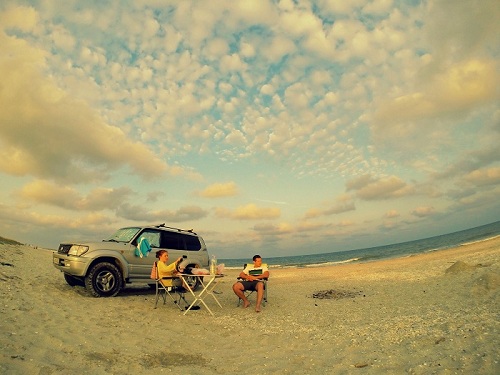 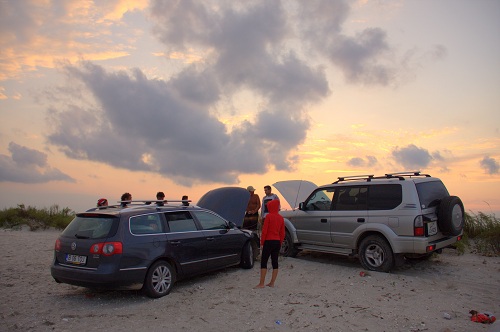 There is nothing nicer than sleeping while listening to the sea and wind, which brings salty smell to your nose. Not to mention that an ordinary and simple dinner, can turn into a romantic one as soon as the sun is setting down. Our romantic dinner was stopped sooner than we would like though, as a local guy came to us, asking for help – his car did not start. Oh well, but what can we do than started our car and drove to help him – you never know, when you might need it as well.