Food in Malta – what to eat? 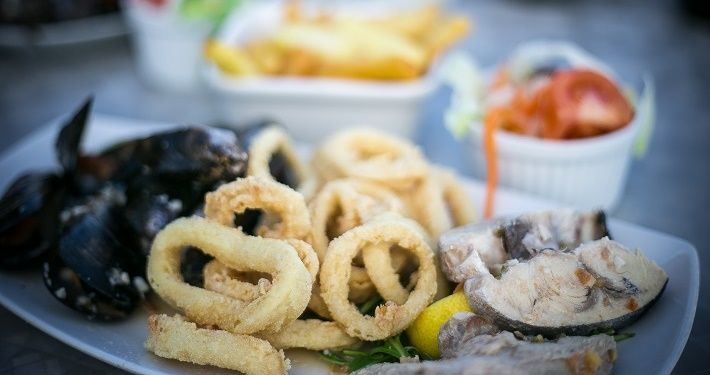 We always say that you cannot really experience a destination, if you don’t taste its food and that goes true for Malta too. During our Malta travel we have tasted traditional food in Malta as often as possible – for breakfast, lunch or dinner. So, how’s food in Malta and what you should try when traveling there?

We normally started our breakfast with real traditional food. Who would blame us, as it was delicious! We could not even passed on freshly squeezed orange juice and a cup of delicious cappuccino. 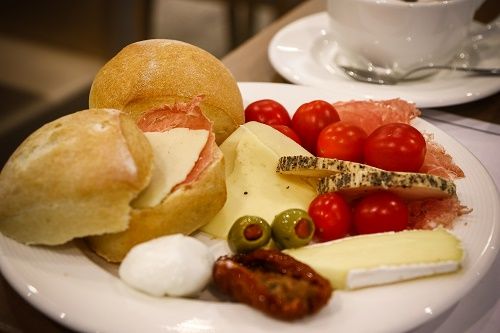 It is so easy to find a snack in Malta. You only need to find a bakery and that should not be a problem, as there are many. Go for pastizzi – filled pastry, which can be put among traditional food in Malta. Pastizzi are super cheap and come under 0,40 – 0,60€/pcs. 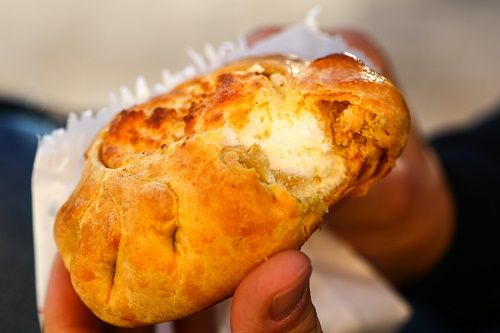 Pastizzi with ricotta (Food in Malta)

This is a little bit more typical for Italian food, but it is very popular in Malta. Arancini are some kind of rice balls, which are fried and served hot. They are normally filled with meat, tomato, mozzarella and peas. 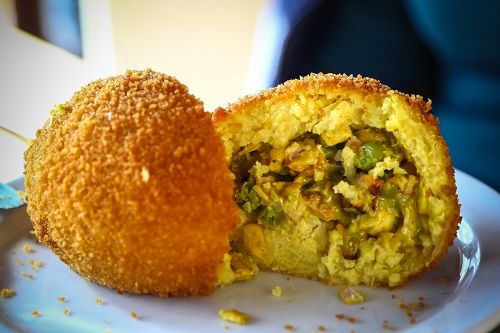 Italians are famous for bruschettas, but instead of them, traditional food in Malta is called Hobz Biz-zejt. This Maltese »bread with oil« is topped with tomatoes, olives, capers, garlic and black pepper and few drops of olive oil. Unfortunately we did not try it, but when we are back in Malta, this is a must to taste.

If you like seafood, you have to visit Marsaxlokk. This cute fishing village definitely knows what fresh and delicious seafood is. Our favorite dish was Aljotta – fish soup, typical food in Malta. We later had decided for mixed platter with muscles, tuna, swordfish and calamari. Everything came with potato and salad and we paid only 12€/pp, including the fish soup. 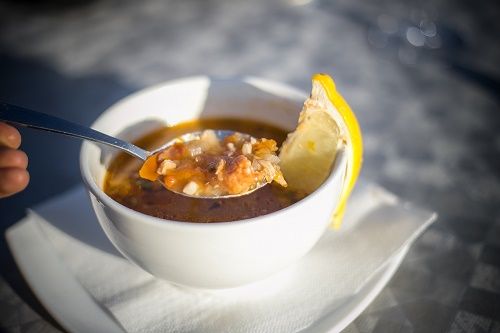 Dishes made from rabbit are famous for Gozo. There are two dishes, which can be marked as traditional food in Malta – rabbit stew and rabbit in garlic-white wine sauce. We tried rabbit in the sauce and it was delicious. The price for the dish was around 14€. 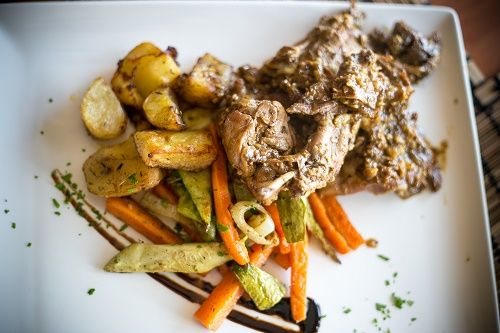 We are mad about pasta and that is why not trying the homemade ravioli was a no-go for us. They were filled with traditional Gozo cheese and my goodness, they were to die for. They were served in homemade tomato sauce and I guess, we don’t need to say more. Delicious! Ravioli as the main dish cost around 10€. 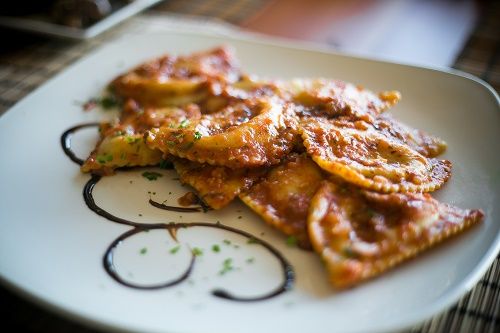 We like to eat light for dinner and that is why we normally shared pizza or ftira. Ftira is Maltese type of pizza and is recognized best for its hole in the middle. You can get them with different toppings and the price varies from 9-12€. 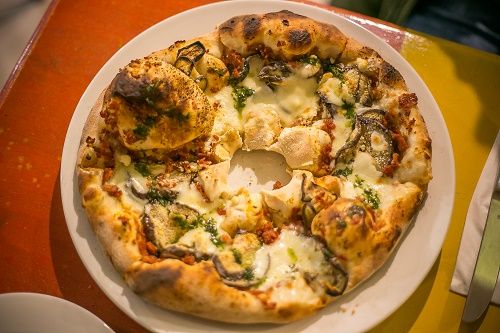 If you cannot imagine a meal without a glass of wine or beer, you are good in Malta. The most popular local beer in Malta is Cisk (0,25l – 2,50€), glass of local wine can vary in taste and quality – we have drank a really good one just once. The price for a glass of local wine is somewhere from 3-5€. 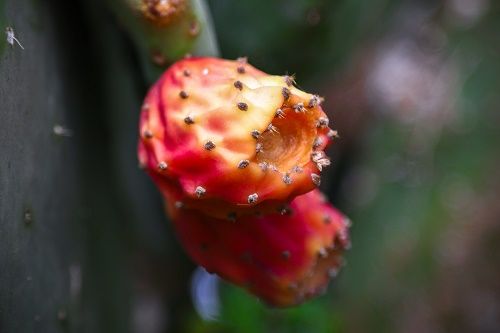 Malta is known also for its cactus liquor called Bajtra. It is made out of its fruit, which are eatable. We have not tried the liquor, but did taste the fruit, which would be nice without many small seeds.

We are still asking ourselves if food in Malta is really so good or did we just have luck with choosing where to eat. Nevertheless, don’t be shy to try it out.