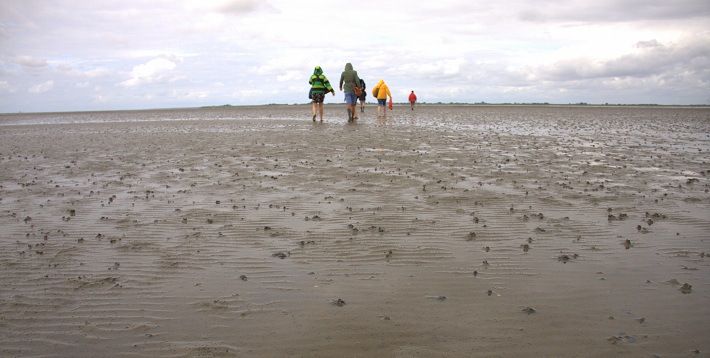 Ever since I have been aware of myself, I was attracted to places, where you can find water. It does not matter if it is a river, a lake or the sea… it is important, just that it is there… Maybe this has something to do with my zodiac water sign – I am a cancer. 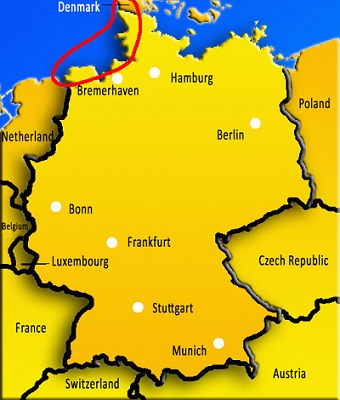 This trip to the Northern part of Germany was really perfect for me, as all the visited places, were somehow connected with water (Hamburg, Bremerhaven, Friedrichstadt, Husum, Tönning) and the same goes for the area, which lies just below the border of Denmark. The name Wadden Sea speaks for it selfs. The Wadden Sea is actually a SE part of the North Sea. Only Wadden Sea belongs to Germany, when the North Sea can be found in several countries; Great Britain, Scandinavian countries, The Netherlands, Belgium, France and of course Germany. 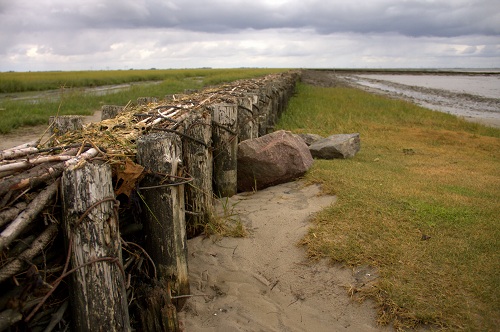 Due to continuously wind, North of Germany, including the coast of Wadden Sea, has lots of wind powers

Even though it was very rainy, cloudy and windy during my visit to the Wadden Sea, it was one of the best things I have done on this trip, which was organized by the German National Tourist Board. It would be a great lost, not being here, so if you are ever in the neighborhood, stopping by is a must! Honestly told, I felt like a young girl again – running bare foot all over the place, choosing the biggest mud areas, puddles and screaming from freedom, which these vast open areas can give you! 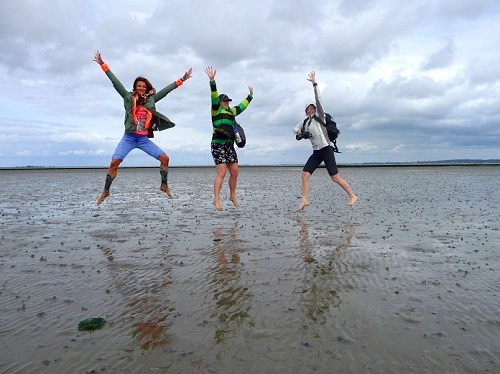 The coolest thing you can do when visiting the Wadden Sea shores are the so called mud walks. When the tide is low or at least not too high (it can reach up to 3.5 meters / 11,48 feet) the coast is perfect for bare foot walks, exploring the life in the water and bellow the wetland surface. The obligatory gear is very simple and basic. If the tide is high, all you need are the swimming suites, if the tide is low, a T-shirt and shorts are needed and you are good to go. In our case, due to very strong winds, a must have equipment was also a wind-stopper.

Before we set out for a mud walk, we had to overpass the high dikes, for which the Wadden Sea (actually the Whole North Sea) is well known. if it was not for the dikes, people would not be able to live here, as the high tide would flood the area completely. The wetlands are dry just because of this man made obstacle and due to that, the area is perfect even for agriculture nowadays. There are so many manmade dikes on the North Sea, that this coast is the most transformed by humans in the whole world. 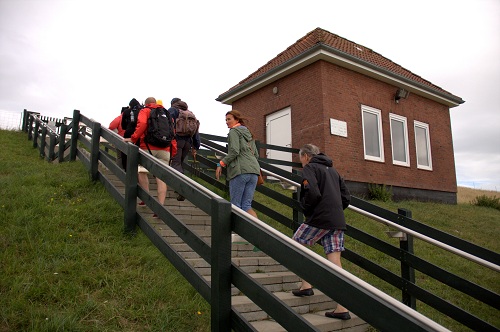 The shore of the North Sea, including the Wadden Sea, has many dikes. The dikes are nowadays not only used as protection against the high tide, but also as cycling paths, roads and even as railroads.

The Wadden Sea is perfect for families, as children will have a blast when exploring the thick black mud, trying to dig out the lugworms, finding brown shrimps, mud snails and beach crabs. If feeling hungry, they can even have the seaweed for a snack. 🙂 You can explore the Wadden Sea with a guide or completely by your own. 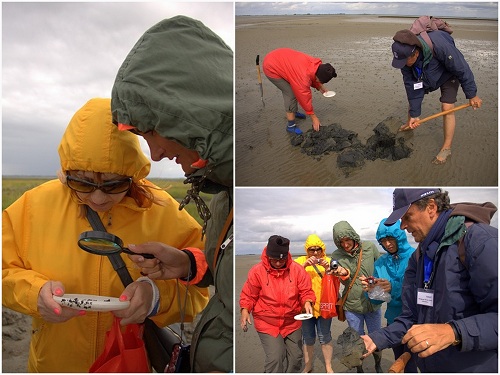 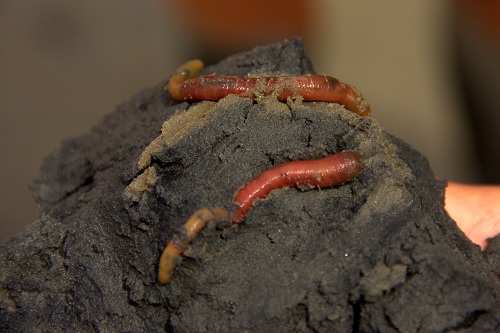 The famous lugworms at Wadden Sea, which can be found in the sand, under the surface

I am not sure if this is bad or not, but the Wadden Sea in Germany  is mostly visited by a domestic visitors and the ones, who like wind-surfing or kiting. Due to the continuous strong winds, this area is perfect for them! But note that neoprene clothes are necessary, as the water in the North Sea is freezing cold. 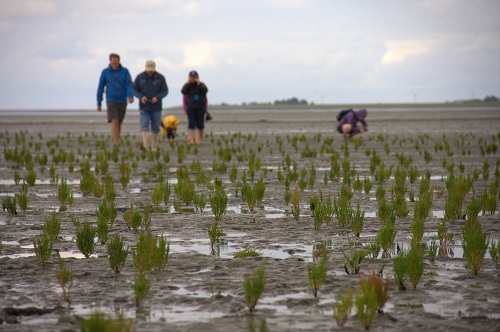 Due to winds, the North Sea, including the Wadden Sea, is perfect for wind-surfing and kiting. On the photo edible seaweed, which was actually not bad in taste!

If you want to do the mud walk, I guess the best starting point would be somewhere around Simonsberg town. The area even has a camping place, called Nordseecamping Zum Seehund. The surrounding is nice also for cycling or walking. 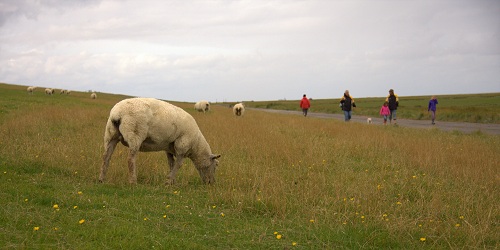 The nature lovers will really enjoy it here, but remember, there is no bad weather, just wrong clothes! 😉