Vodice Croatia: things to do and best daytrips 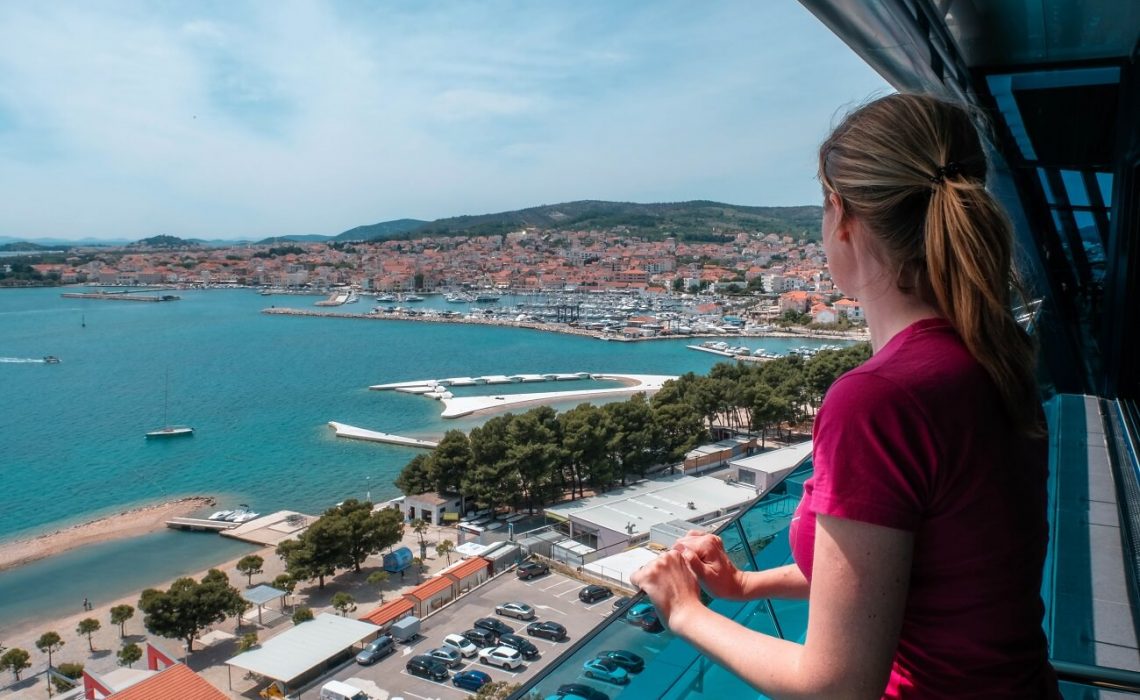 Vodice in Croatia is a very popular summer destination – not just because of the sea and sun, but also for its great location.

Vodice in Croatia is a great base for everyone, who are interested in more than just sea and sun. You can do numerous daytrips from Vodice, but let’s just name a few of our favorite.

Tribunj is a charming marina town, where the main point is sitting in a cafe and watching how life passes you buy. Definitely a must place to visit when in Vodice.

If you like green and water, your bucket list for Vodice is incomplete without a daytrip to Krka National Park. You will be able to cool down a bit when admiring the waterfalls or enjoy the views from a boat trip on the river Krka. The Krka National Park is perfect for hiking. You might want to stop at the small town Skradin, known for typical Dalmatian folk music.

Folk music and old traditional life is best seen in Etnoland. This place is like an old museum or maybe even a theme park, where the main attractions are old traditional houses and way of life in the past. Walking around will show you how people once in Dalmatia lived, but you will also be able to enjoy delicious local culinary and folk music.

Quiet places are rare, especially in popular summer towns like Vodice, but you are lucky – the island Prvić is exactly like that. The main reason is that this still  is a car-free island, what makes it even more special. Kids will be able to run freely around it, enjoying the beautiful nature and sea. You can reach it from Vodice with a local ferry or you can travel there alone by taxi-boat or maybe rented boat. The Island Prvić is just one nautical mile away from Vodice.

If you like a bit bigger towns, Šibenik is just about 10 kilometers from Vodice. A trip to Šibenik will be perfect for romantic souls, who enjoy wandering around old and narrow streets made out of stone. When visiting Šibenik, don’t miss out on its best sights like the cathedral, St. Michael fort and botanical garden of St. Lawrence monastery.

Kornati is actually an archipelago of island, which a legend says they were made from God. When God made Earth, white stones and rocks were left and were thrown into the sea. All the small island make it a great boat daytrip from Vodice. If you know how to drive a boat yourself, you might even consider doing it as a self-organized trip. In fact, having your own ride will definitely show you the beauty of Kornati, as you will be able to stop in many small bays and islands, without sharing them with anyone else.

Transport for daytrips from Vodice Croatia

You can go on a day trip as part of organized tour from the hotel or local agency, but if you like the freedom, your best choice is to rent a car and go on a roadtrip by yourself. You can check out prices for renting a car here.

If you prefer just relaxing on the beach, you might want to spend your time there. Check out best choices:

Things to do in Vodice Croatia

Vodice does not have many tourist attractions, but still can offer many things to do – cycling, water-sport activities are the most popular one, but there are numerous bars, cafes, restaurants for the cool summer vibes too.

Vodice has a nice coastal walk and also wandering around its old town is not disappointing. In fact, you can find one of the most important baroque churches in Dalmatia in Vodice – Saint Cross church.

A bit outside of the town you can also hike up to the Okit hill, offering splendid views over Vodice and Adriatic Sea with numerous islands.

Where to eat in Vodice Croatia

Vodice are known for good food and we did have a meal at the panoramic Sky restaurant, which was amazing. The food was good, but the views were absolutely spectacular. Would not mind going there again. If you like the views during a good meal, this is one of the must things to do in Vodice. Don’t forget to taste the local wine – we recommend Maraština.

Where to sleep in Vodice Croatia

Vodice are very tourist oriented destination, so you will find plenty of options there – apartments, B&B, hotels. We stayed at the Hotel Olympia, which was a really good choice for summer holidays. It is just steps away from its private beach and around 500 meters from the old town of Vodice – perfect for an evening walk by the sea. The hotel self-service breakfast and dinner is rich and tasty too.

The hotel Olympia is great for families, as it also has an outdoor pool for the little ones and organized animations too. There is even a decant outdoor playground at the hotel, which our Ren enjoyed a lot.

Vodice in Croatia is a really nice place to spend your family summer holidays, as there are plenty of things you can do there, including get to know a lot more about Croatia, taking some daytrips.