A travel around Turkey is incomplete without its Turkish tea 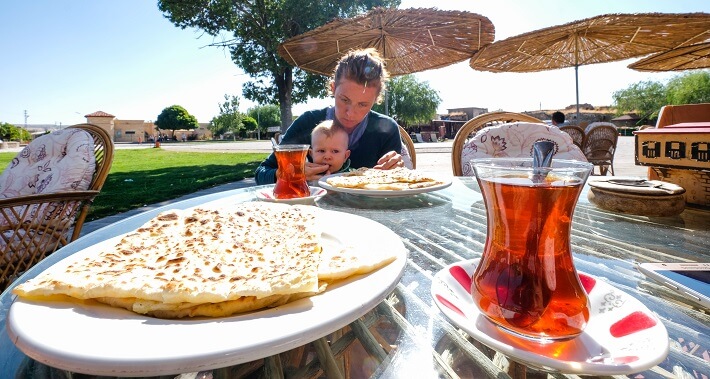 I have been traveling to Turkey for several years and ever since my first travel, Turkish tea always follows me when I am there.

I can easily confirm that in Turkey everything runs around its tea – family and friends gatherings, bargaining for price, business meetings, stops along the highway… It doesn’t really matter if it is morning, afternoon or evening – you will not miss with ordering the Turkish tea. 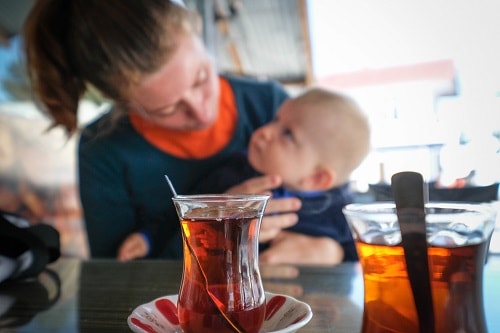 You cannot avoid drinking tea while in Turkey

Turkey and its tea plantations

Believe it or not, but you don’t need to travel to India, Sri Lanka, China, Indonesia, Kenya or other »tea countries« to see tea. You will find the famous vivid green bushes in Turkey as well. The surrounding of the city Rize in NE of Turkey, along the Black Sea, is full of slopes, where tea grows. That is also why the Turkish tea is called Rize tea. Turkey produces so much tea, that the country can be found on sixth place among the world’s biggest producers.

The world’s largest consumer of tea

There’s so much tea produced in Turkey, that some is even exported outside of the country, but most of the tea is used for their own needs. Did you know that Turks have the largest consumption of tea per capita per year in the world? They use 2,5 kilos per person per year. 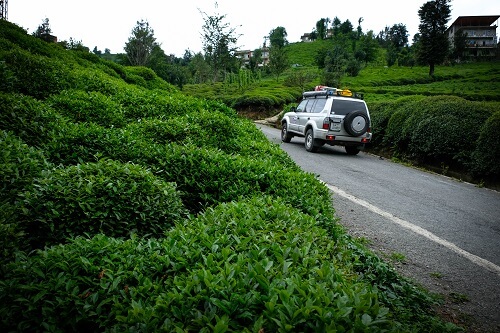 A drive around the tea plantations is amazing 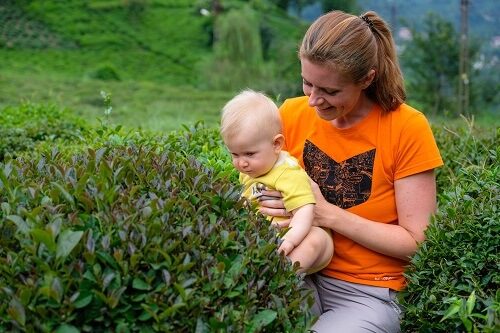 Why tea and not coffee

Most of the people would put Turkish coffee in front of the tea, but Turkish tea is much more popular among locals. It was not always like this though. Coffee was once so important in Turkish culture that a special law was written in 15th century, which allowed women to divorce their men if they did not supply them enough coffee. But in 20th century, after the WW1, when coffee was hard to get and was extremely expensive, Turkey started to produce its own tea, as it could be grown locally. 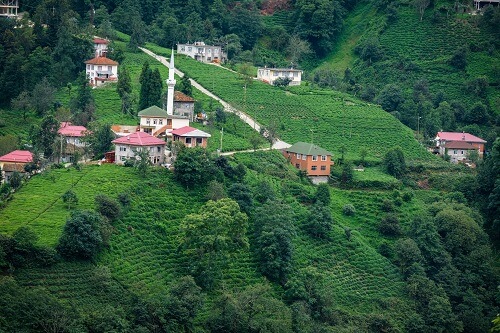 Countryside around Rize is full of tea

Turkish tea is traditionally made in special tea pots called çaydanlık. The tea pot is assembled from two pots. The lower one, which is also the bigger one, is used to boil water. The smaller one above it is used to make some kind of strong tea concentrate. The water from the lower pot is used to dilute the concentrate before serving.

Turkish tea is traditionally served in tulip shaped glasses, where at least 2 cubs of sugar is added. Everything is than stirred with a small spoon, what can be heard as jingling, what’s the most typical Turkish sounds for sure. The tea is served boiling hot so grab the tulip shaped glass at the top to avoid burns. 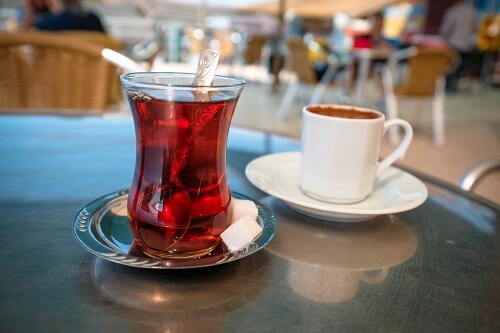 There is no clear explanation why Turkish tea is served in the tulip shaped cups, but everything probably started in 18th century in the so-called Ottoman Empire’s Tulip Era, when Turks started to trade with tulips from Persia, which were sold further on to Europe. Tulips were so important then that the tulip shaped glasses probably originat from that period.

The tulip shaped glasses have been popular ever since then and are even used as measures in Turkish recipes. Each year more than 400 million of these cups are being sold in Turkey, what sure shows, how popular these cups still are.

Just a word of advice – whenever someone in Turkey invites you for a cup of Turkish tea, don’t say no. An invitation means respect, so take this time to chat with your host and get to know a tradition for which Turkey is so special and wonderful to travel to.