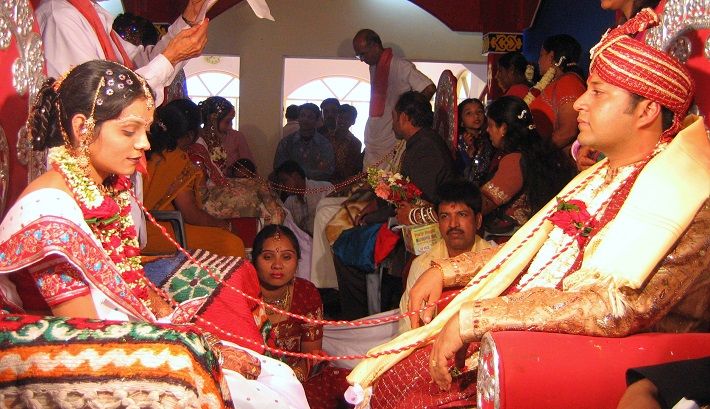 If you have read our travel blog, you noticed for sure, that English is not our first language. Coming from Slovenia, we started to learn English in grammar school. Because I was always into traveling, I had penfriends as soon as I started to learn English. Well, my mum helped a lot at the beginning, but I did become more and more independently in time. I did never even dream of, that having an Indian friend would bring me to traveling to India for his traditional Hindu wedding. 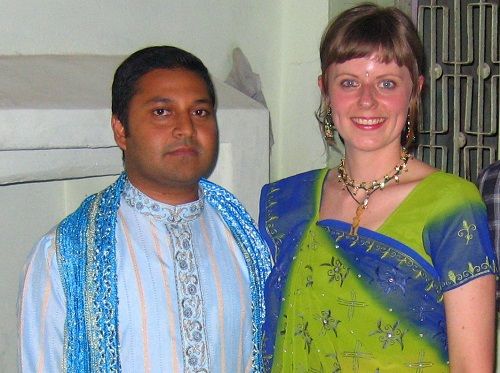 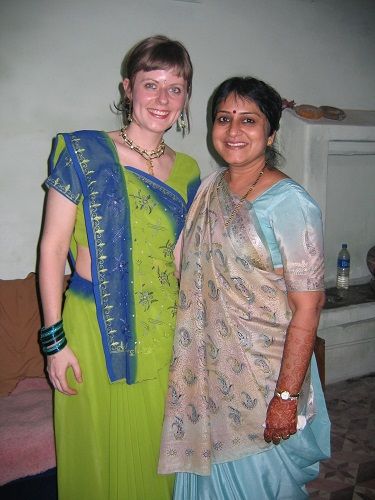 My long time friend Bhavin is actually from Kenya, but he went to India to look for his bride. His parents helped him and when they found the right potential bride, the priest had the final word. According to Hindu tradition, the bride and the groom have to connect astrological and numerological that their marriage will be successful. 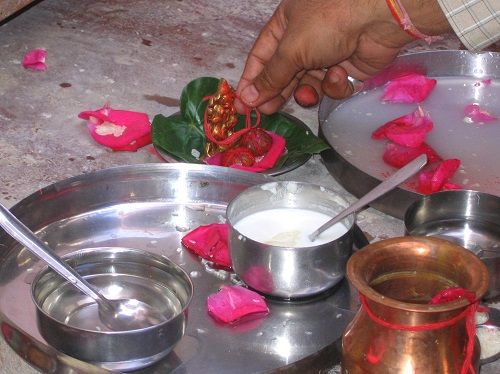 One of many ceremonies / rituals (Traditional Hindu wedding)

The bride’s family was given one year time to prepare for the traditional Hindu wedding. Having hundreds of guests is a big financial burden, which needs to be paid from bride’s parents. 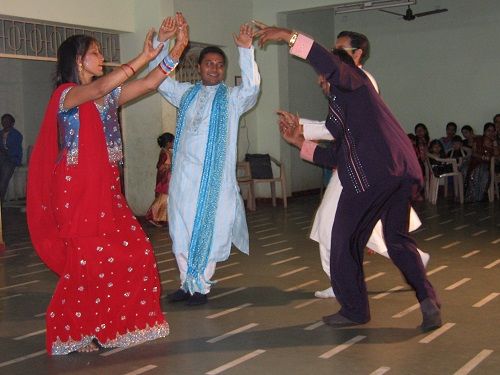 It is also time for fun and dancing (Traditional Hindu wedding)

I got the invitation to the traditional Hindu wedding few months before the wedding and I think you guessed that I did not take long to thing if I’m going or not. Of course I am! My very first travel to India was in fact just because of my friend’s wedding. 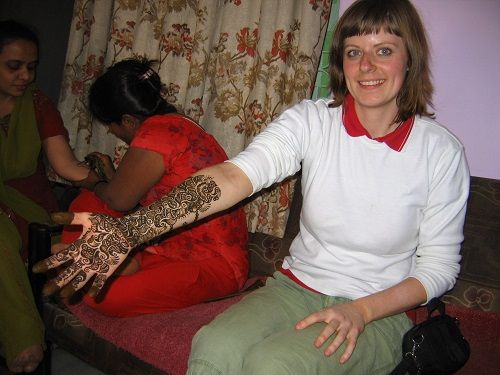 All women attending the wedding have heena on their hands. Heena has a special meaning for the bride – the longer it stays on, the better the marriage (Traditional Hindu wedding)

Traditional Hindu wedding in Gujarat state last 4 days. During the 4 days lots of ceremonies are being held. Each ceremony is made to honor the gods and ancestries, to confirm and allow the wedding. Only like this the marriage will be happy and long. 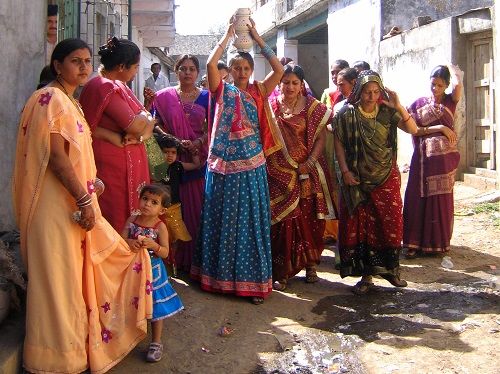 There are lots of rituals before the wedding. One of them is also bringing hallowed clay pots safely home on the head. If the clay pot falls and break, means bad luck and the wedding might even be cancelled (Traditional Hindu wedding) 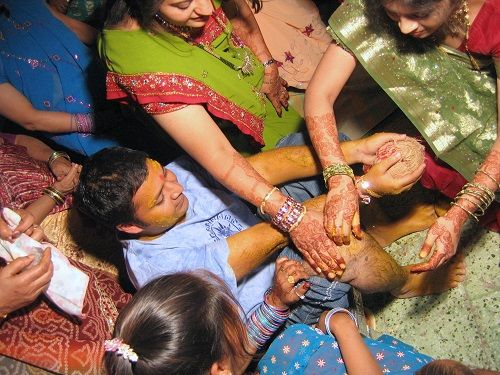 More pale your skin is, better looking you are and that is why the groom and the bride wear special yellow paste 24 hours, as it should make their sking whiter (Traditional Hindu wedding)

According to the Hindu tradition, the wedding day has to take part on the exact date and hour – according to astrological and numerological calculations, which is best for the bride and the groom. 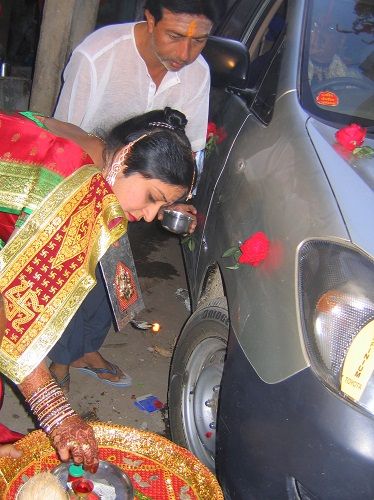 Before the groom leaves home, the car needs to be blessed (Traditional Hindu wedding) 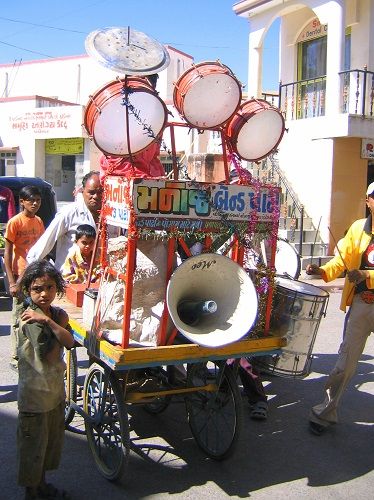 Being able to take part at all the ceremonies was extremely interesting. Attending the traditional Hindu wedding, I was learning so much about Indian way of life! I have always liked to travel to learn about different traditions and cultures. But I guess the most shocking thing for me was the fact, that this traditional Hindu wedding was arranged by the parents. 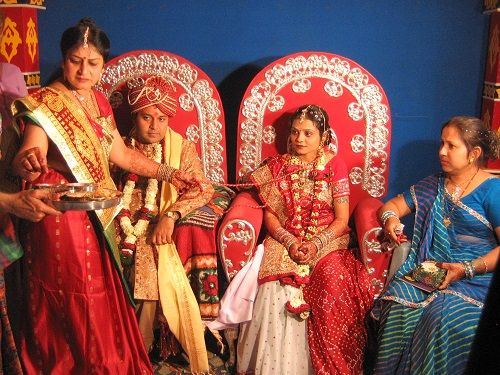 The last blessings of their family (Traditional Hindu wedding) 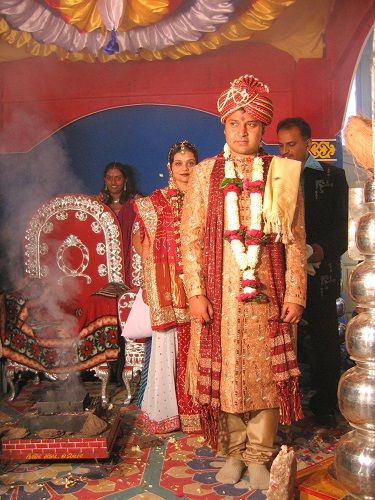 For us, getting married with someone you get to know and love, arranged weddings are something we cannot even imagine. I asked myself a lot, how the bride is feeling, when she left home with her husband, who she did not even know – the wedding day was actually the third time they saw each other… But I guess this is the way traditional Hindu wedding is… and century’s long traditions cannot be changed overnight. 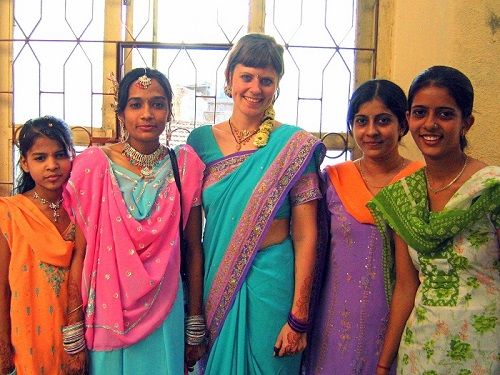 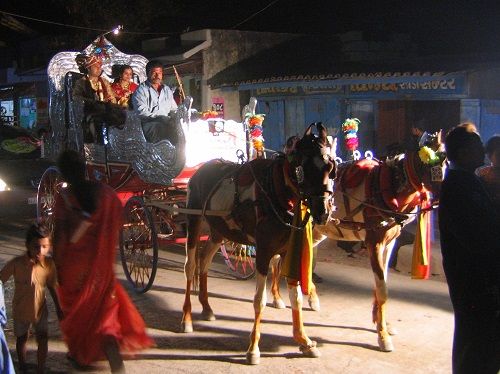 The groom is taking his bride home (Traditional Hindu wedding)