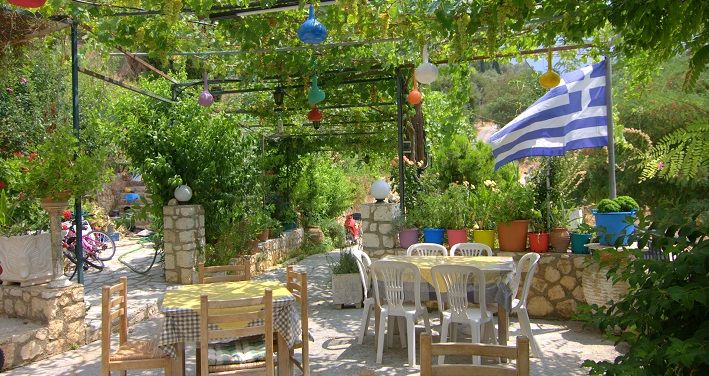 Most famous traditional food in Greece

Tatziki and Greek salad as appetizers

Our first two thoughts when thinking of traditional food in Greece are tatziki and Greek salad. Greeks eat these two things mostly as a light lunch or a snack between the meals. The main meal for Greeks is dinner. Tatziki is made out of creamy Greek yoghurt, cucumbers, garlic and few spices. It is delicious and so refreshing – perfect for hot summer days. 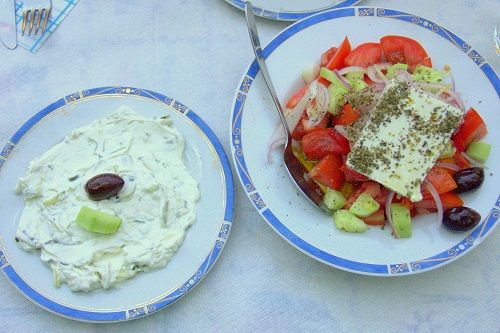 Greek salad is also a great summer food. It is made out of tomatoes, cucumbers, onions, paprika and olives. To top it all off, there is also a big slice of feta cheese on top of the veggies. Yummy!

Gyros or pies for a snack

The most famous Greek street food is without a doubt gyros. It is similar to kebab (Turkish food), but having some more ingredients inside. It is filled with lots of veggies, tatziki sauce and French fries. 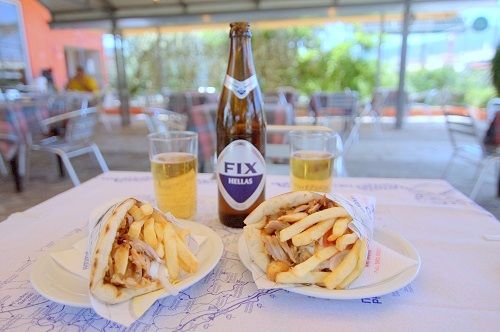 If you’d like to try another traditional food in Greece go for their pies. They are available with different fillings (cheese, minced meat, pumpkins, rice, and spinach). The pies are also very common for breakfast. 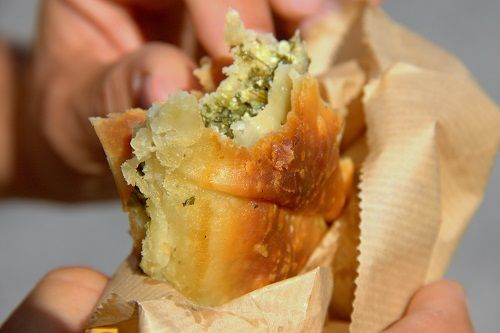 If you like grilled meat you came to the right place. Souvlaki is a very famous traditional food in Greece. It is served on small stick, normally together with some French fries, rice or veggies. 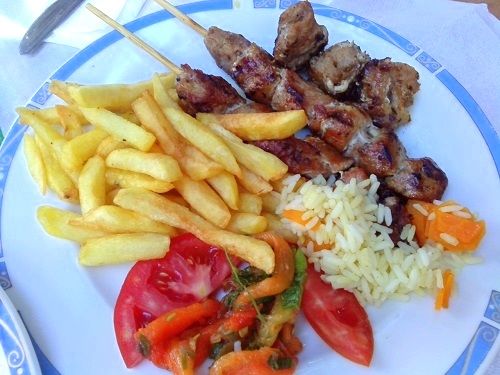 Believe it or not, but traditional food in Greece is also a stew. Greeks know different kind of stews, meaning one for every taste. When traveling around Lefkada Island, we tried a lamb stew with grilled paprika and it was delicious! 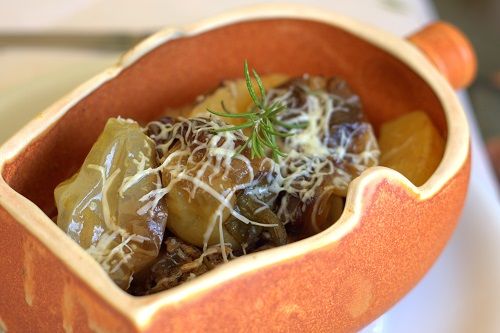 Greece has lots of coast what makes it normal to use a lot of seafood in its cuisine. Traditional food in Greece includes fish, muscles and mollusks. Whatever you order, everything should be delicious. At least it was in our case. 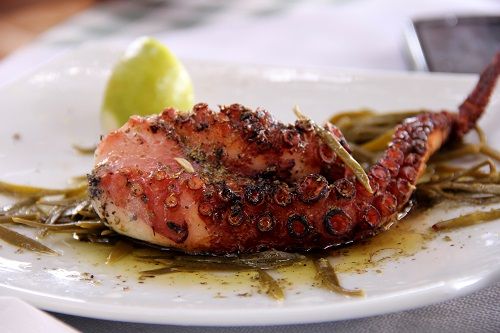 Octapus on a sea dill (Traditional food in Greece)

You can eat Greek yoghurt for breakfast, for a snack or even after lunch and dinner as a dessert. Years ago you could get the Greek yoghurt served only with local honey or sometimes also walnuts, but nowadays, you can also get it with fresh fruit. If you prefer something sweeter, go for baklava – made out of honey and walnuts – pretty heavy bust still juicy. You might recognize baklava from Turkey, as it is also one of the traditional turkish food. 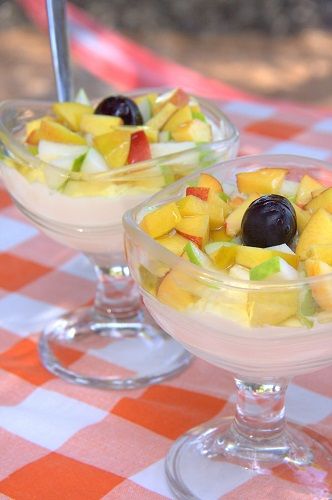 Wherever in Greece you are, you will notice that almost everyone like to drink frappe. This is a Greek style coffee, served with ice cubes, what makes it great for summer days. You can order frappe with or without milk and sugar. If you’d rather drink a beer, Greek beers are good as well. 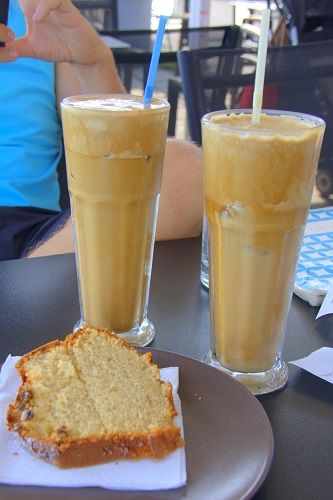 While you are wandering from one local tavern to another, you will noticed that Greeks are very outgoing and like to enjoy their time with friends and good food. Traditional food in Greece is for sure always a nice excuse to visit Greece over and over again, at least it is for us.