12 Most amazing things to do in Albania 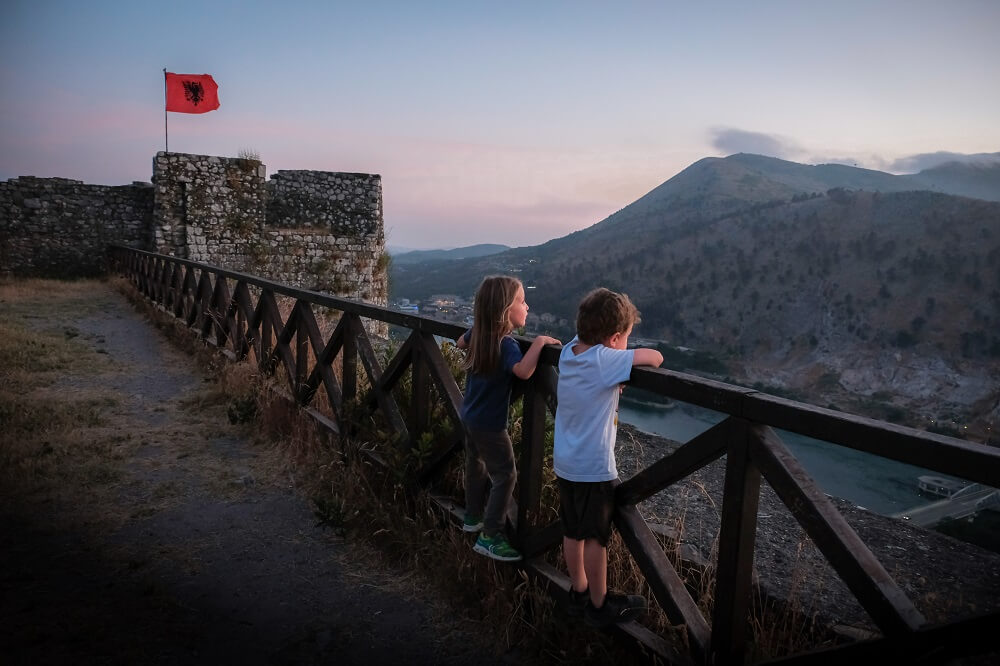 Traveling to Albania has become extremely popular in recent years. No surprise if you know that the country has lots to offer. There are plenty of things to do in Albania and for which you will realize how unique this country really is.

What to do in Albania and its best things to see

Albania is known as the land of bunkers. Even though we might not spot them so many anymore as few years back, you will for sure find some very interesting ones. It is said that between 1967 and 1986 so many bunkers were build, each inhabitant could have its own, but in general around 200.000 to 300.000 bunkers were build. Not exact number is known.

Most of the bunkers are ruined or gone, some are re-constructed in to stables, cafés. Many of them are nicely colored. One of the most known bunkers can be found in Tirana, which is now named Bunk’Art. The 5 storeys underground construction, with 106 rooms is now converted in some kind of art center. We have not visited it, but people who did, said it is definitely one of the must things to do when in Albania. It is on our bucket list for the next time we are in Albania.

Albania has many interesting ruins to visit, what only shows how historical rich the country is. We can find several Greek-Roman ancient ruins, among which the most popular is Butrint. Butrint has been under UNESCO heritage protection ever since 1992 and is known as the most important archeological site in Albania. Make sure to put it on your list of things to do in Albania.

Bunkers (Best things to do in Albania)

Find the chaos in Tirana

Tirana, the capital of Albania, is chaotic, loud and crowded. For many it is a cultural shock, especially for drivers. But there are some unique things to do in Tirana, which I am sure you have to tick off if you are traveling to Albania for the very first time. Most of the visitors only stop at the main city square, named after the national hero Skanderbeu, but you will not be sorry if you visit it for the Bunk’Art, Pyramid and cable car Dajti Eypres – the longest cable car ride in Balkan.

Wander around the historical towns

If you are not keen on hustle and bustle in Tirana, I can promise you that other, historically important towns, will get under your skin. There are several towns worth the time to wander around, but if you are limited with time, make sure to tick off three of them.

Berat – town of thousand windows (Best things to do in Albania)

Tirana, the capital of Albania (Best things to do in Albania)

Kruje and its bazaar (Best things to do in Albania)

Travel in time and visit Teth

If there is one thing you really need to do in Albania, is visit Teth before it loses its charm. Teth is a small village, literally at the end of the world. Due to bad connections it was reached only on foot or by 4WD. But all this romantic charm will soon come to an end and not long before the buses will bring thousands of tourists there. A new, wide and asphalt road has been building (2021), so in few years’ time, the remote village of Teth will become unrecognizable for sure.

There are several camping spots and guest houses there already, which are home mostly for hikers. Surrounding of Teth is perfect for hiking. One of the most popular is the hike to the Blue Eye.

We have visited two blue eyes in Albania and as far I know these are the only two in the country. Albania was once part of Ottoman Empire for which the blue eyes here have a special meaning. It is believed that the blue eye will protect you from bad things.

Apart from numerous blue eye souvenirs, you will find two natural in Albania. One, the most popular one and visited, is the blue eye near Gjirokastra town. There is an entrance fee. If you are looking for a more remote one and in my opinion more beautiful too, you will need to head to the village of Teth. So far this blue eye can only be reach on foot from the village or renting a 4WD drive to drive you to the hiking path, from which you still have from 45-60 minutes on foot. The walk is easy and in shade, so it is very enjoyable.

Blue eye near Teth (Best things to do in Albania)

Blue eye near Gjirokastra (Best things to do in Albania)

Village of Teth (Best things to do in Albania)

Relax at the lakes

If you are traveling to Albania from Montenegro, you will first see the Shkoder Lake. If you are traveling to the country from North Macedonia, you will pass the Ochrid Lake. Both are pretty popular, so you might want to explore the third, more remote Komani Lake. A scenic zig-zagging road will take you to the Komani Lake, where you can embark on a ferry (for cars too) taking you to one of the most beautiful canyons in Europe – the canyon of the Drina river.

Be adventurous and do some off-roading

Albania still is an off-roading paradise. Even though the country is rapidly developing, there are still many off-roads available. They are taking you to some of the most remote parts of the country, where you can be witness of authentic village life, curious and friendly locals, stunning views. That is actually why we have traveled to Albania.

Indulge yourself in the natural thermal pools

One of the best things to do in Albania for me are the lesser known (at least for now) natural thermal pools Benje near Permet. It is best to visit them over the weekdays, as locals are occupying them over the weekends. Make sure to be there early in the morning or late in the afternoon, when the majority of tourists are gone.

You can even spend a night there – there is no official camping place there (yet), but no one will mind if you stay there.

There are six natural pools, some with extremely amazing views over the canyon of the river Lengarice and the Turkish bridge. The water temperature depends from the spring, but it is from 22°C to 28°C. It is said the water has healing powers too.

Thermal waters in Benje (Best things to do in Albania)

Swim in turquoise waters and visit the beaches

Albania has 380 kilometers of coast and it was amazing few years back. Sadly, you can hardly find a remote beach / bay where not hundreds of deckchairs and parasols are standing. Most of the coast is settled with hotels now, what might be a good thing for some, but it is definitely not our style.

The Gjipe beach, which is still acceptable only on foot or 4WD, is equipped with a camping spot and few local cafes, charging for deckchairs and sunshades.

But in general, southern you go, you will find nicer sea. The south of Albania already has the Ionian Sea, which also is known for Greece, where you will be spoiled with gorgeous turquoise water.

One of the many things you have to do in Albania is getting to know the locals. It might be hard for not knowing the language, but because many people work abroad, especially in Italy, you will be good off with Italian. With younger people even speaking in English is not strange anymore.

But in general people in Albania are very friendly and welcoming, always willing to help.

Few years back food in Albania mostly was byrek and grilled meat. Culinary in the country has been developing now too. You will get tasty sea-food at the coast and if you really want to spoil your taste buds, make sure to stop at the eco-farm Mrizi i Zanave near Shkoder. They are known for slow-food from its own grown ingredients, including home wine. We have not tried them, but we were recommended from our readers, so visiting them and trying them out is definitely a must thing to do for our next travel to Albania.

Albania has also some very good wines – if you are into tasting, make sure to visit the Čobo winery, near Berat.

South Albania has many influences in food from Greece – tatziki, gyros are commonly find here. Not only it is delicious, it is much cheaper than Greece too.

Gjipe beach (Best things to do in Albania)

If comparing our travel to Albania eight years ago to this one, I can easily say Albania has changed tremendously – more or less on the better. Albania has got better roads, better cars, higher standard and most importantly there is less garbage in the nature too. The country has been much more popular among tourists, what is visible from the numerous hotels at the coast. In my opinion that is not really the best strategy, but so far locals like it, but I am sure they will have a different opinion in few decades, when they realize the whole coastal area is taken over by the hotels.

Nevertheless, traveling to Albania is worth every zig-zag road. Things to do in Albania are amazing and in many ways unique too. The country is great for summer holidays at the beach, but more importantly, Albania is still amazing for everyone looking for unspoiled nature, authentic life, wilderness and amazing countryside. And I sure hope it stays this way for at least few more years.