Things to do in Chisinau Moldova (incl. travel tips)

Things to do in Chisinau might not attract many, but that is why the capital of Moldova is even more unique. If you are in search of little visited capitals, Chisinau is the place to be.

It felt we needed ages to reach Chisinau, the capital of Moldova. Due to our broken shock absorber our travel plan needed to be change – no off-road exploration until the car is fixed, what will not be before home. At least we planned to spend 2 days in Chisinau, where the car will have a short break from the potholes on Moldova’s roads. 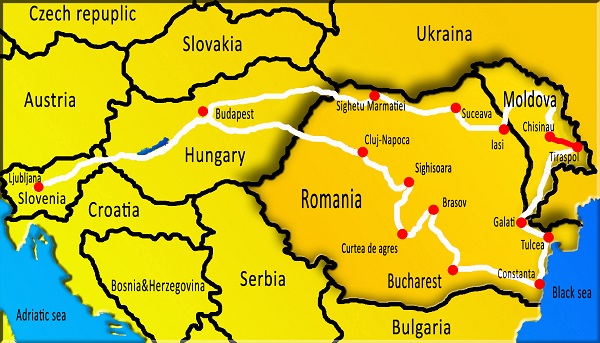 Chisinau Moldova map (Things to do in Chisinau)

Things to do in Chisinau and travel tips

Before we reached Chisinau, we booked a hotel room, as we did not want to drive around with the car and looking for a perfect place to stay. Our main criteria was the same as for Bucharest, Romania – we needed free parking for the car, breakfast included in the room rate and free WI-FI, if possible. Luckily we managed to get everything for a pretty good price in Hotel Cosmos. Hotels in Moldova are pretty expensive or in a very bad shape. Not many tourists come to this Moldovan capital. 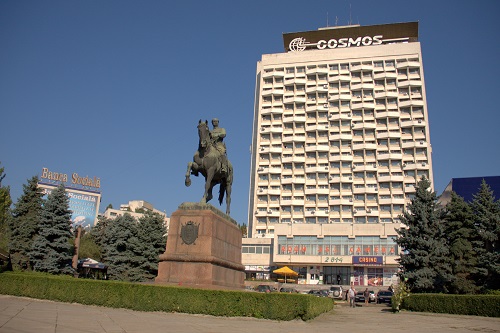 Hotel Cosmos (Things to do in Chisinau)

Hotel Cosmos had a typical Soviet look, which was already visible from the front doors. The smell, the look, the furniture and employees… It looked like the time stopped there decades ago. But even though, the Hotel Cosmos was a bargain deal and you just cannot argue when all the »must haves« are ticked off.

Walk around the Chisinau to get the right vibes

Chisinau is not a traveler’s paradise, as it does not offer much to do. The best thing is just to wander around the city center and see hustle and bustle of this Moldovan capital. Having a hotel in the center of Chisinau was a great decision, as we could walk around freely the whole day, not worrying about parking or traffic.

View from Hotel Cosmos (Things to do in Chisinau)

Just few steps from the hotel Cosmos, was Chisinau central train station, so even if you are traveling around Moldova by its public transport, the location of the hotel is perfect. Just steps away are restaurants, grocery stores and even a local market. We could say the market was a flea market, but for people living in Chisinau this market mostly represents their daily bread. 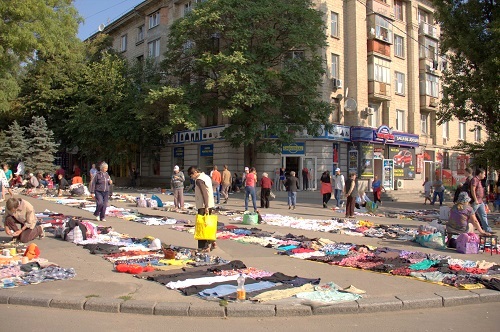 Local market (Things to do in Chisinau)

One of the main things to do when in Chisinau, is trying cognac. Their national brand is called Kvint, which comes from the self-reclaimed Transnistria republic in the south part of Moldova. If you like to do, what locals do, than have a long swift of cognac with your morning coffee.  It is ridiculously cheap and if you want to bring it home as a souvenir, the Kvint shop is on the same square as the Chisinau central train station. 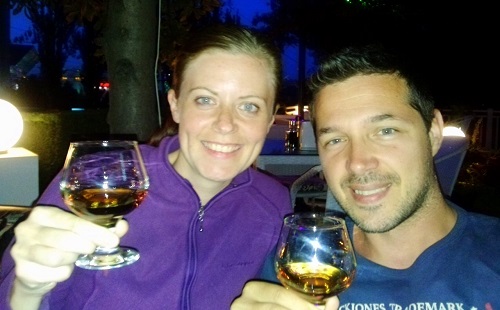 Chisinau can be cheap

Comparing Chisinau to the rest of Moldova, it is a little bit more expensive, but still very affordable. You can eat a basic meal (soup and main dish) for about 2,00-2,50 EUR. These lunches are called “business lunch” and are actually very good. Maybe the down side is that you might end up in some strange looking room – our was behind the meat shop and it did not smell very attractive, but the food (especially meat) was good and fresh. 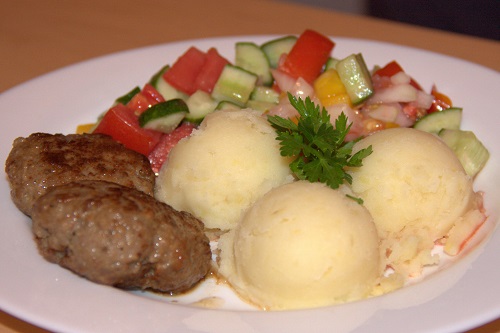 Business lunch (Things to do in Chisinau)

Chisinau has many good restaurants too and the food is still affordable. There is lots of Russian cuisine, which is very tasty.

Chisinau is not an ordinary European capital. A formal communist atmosphere can be still felt here. You can see and feel the poverty and it is said that Chisinau has also a lot of crime. Luckily we had not got any bad feeling  or experiences even though we walked around at night. Also our car was parked on a not secured parking place and it was fine. The only feeling that Chisinau might be a dangerous place, was from the guards in front of banks, restaurants, cafés and shops, always checking your bag for weapons.

Chisinau does not get many tourists and who would blame them. There is not much to see or do here, so your best choice is to walk around the city center and get to know the vibe. 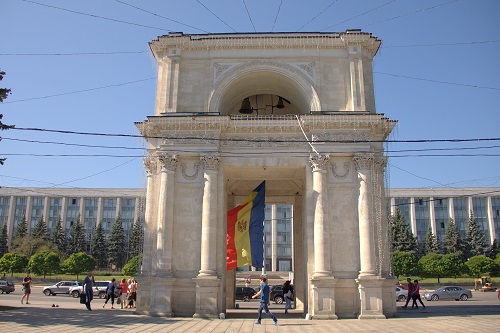 Triumphal arch (Things to do in Chisinau) 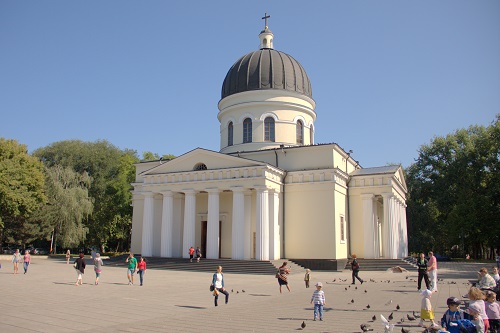 Nativity Cathedral (Things to do in Chisinau) 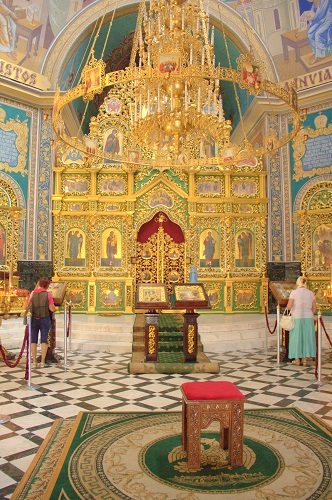 Nativity cathedral (Things to do in Chisinau)

Chisinau did not really impress us. We prefer colorful and vibrant cities and Chisinau was not really like that. It did have some relaxed feeling or did we get this feeling just because of cognac drinking? Who knows?! Nevertheless, Chisinau is interesting on its own way – it is different and it definitely stands up when comparing it to other European capitals. If you are already in Chisinau, you will love the fact, that the world known Moldovan tourist attraction is in a vicinity of it – wine cellar Milestii Mici is actually registered in the Guinness Book of World Records, as having the biggest wine collection in the world. It makes it a great half day trip.

chisinau Moldova things to do in chisinau
6