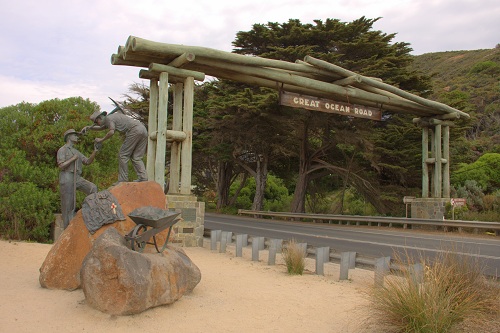 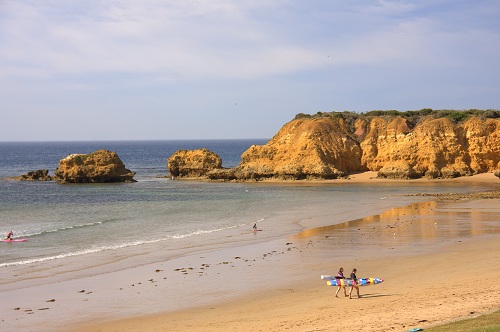 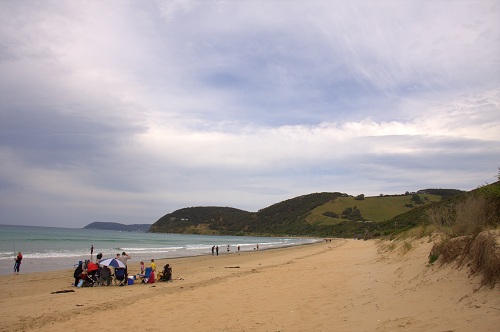 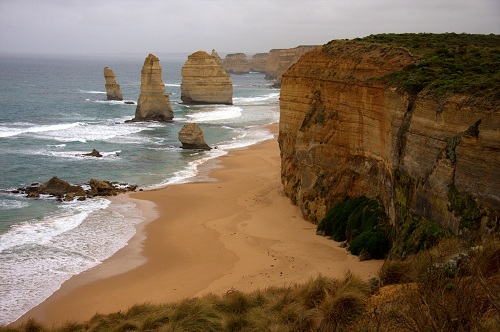 Seeing the Twelve Apostles makes you grateful for the Mother Nature. They are magnificent, magical, grand and iconic. The dark rainy clouds that day actually made everything better, as the sight over them looked even more dramatic. Not to mention there was less crowded because of cold, windy and rainy day. 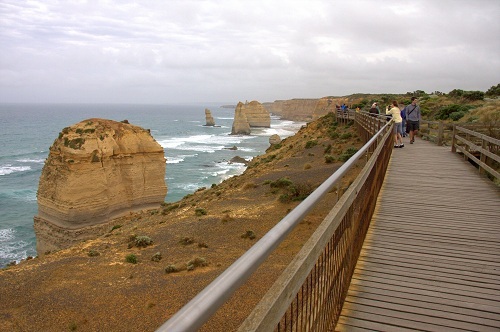 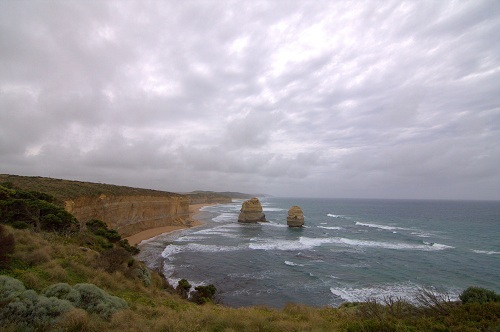 Amazing limestone rocks, which were formed by water erosion (The Great Ocean Road)

If you are traveling on the Great Ocean Road, do not be too satisfied when seeing the Twelve Apostles, as at least two other places are worth stopping by. We would recommend for sure taking time for the Lord Ard Gorge and London Arch. 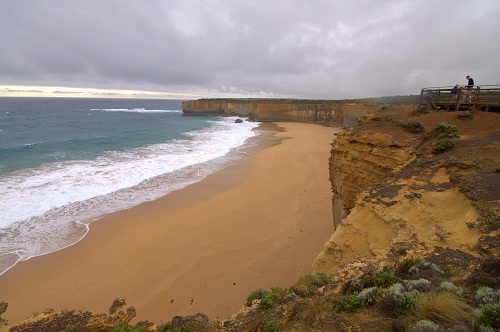 The Lord Ard Gorge is actually an area, where sailing vessel sank due to an overlooked sea reef. The ship was named Lord Ard Gorge. There were only two survivals, who found shelter at the nearby beach. Knowing or not knowing the story, the views are amazing here and we wished to have more time to enjoy it. 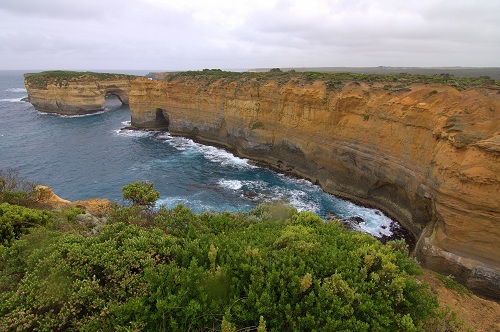 The place Lord Ard Gorge got its name after the sailing vessel, which hit the sea reef and sank (The Great Ocean Road, Australia travel) 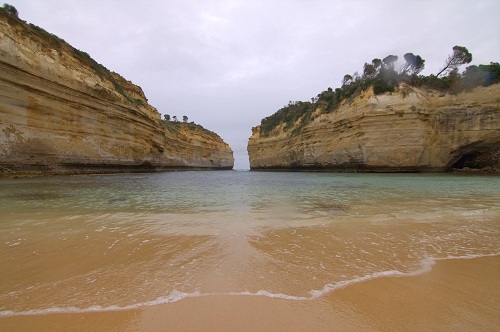 The beach at Lord Ard Gorge, where two survivals from the sanking ship, found their shelter (The Great ocean Road, Australia travel)

The last place we stopped was the London Arch, but some know it under its previous name London Bridge. Before 1990 the area offered iconic view over a double span natural bridge. It was called the London Bridge. Unfortunately intense water erosion throughout centuries made the first arch collapsed. That is why we call it London Arch now. 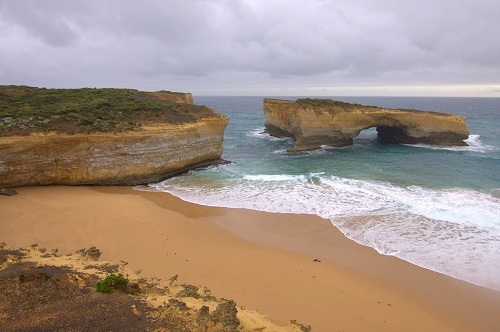 During our first day we also stopped at the Great Otway national park, which is known for its unique ecosystem. Due to its volcanic soil and high rainfall, we were witness to a beautiful rainforest, where old ferns, shrubs and tall eucalypts grow. It is like traveling in time, especial because the ferns have been growing here since the dinosaur’s era. 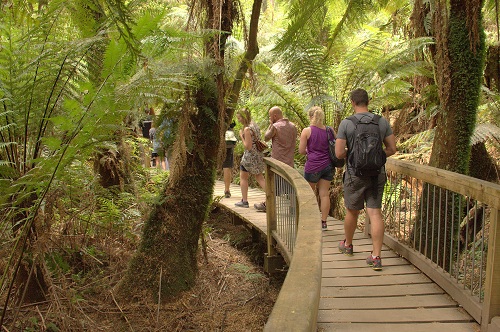 I guess Australia would be nothing if there would not be koalas and kangaroos. The kangaroos were ticked off in Port Stephens and luckily enough, we were able to see some koalas in the wilderness, when stopping at the Kennett River. Seeing a koala in the nature was one of the top things on my bucket list and when seeing these beauties it was almost impossible to move me to our next destination. They are so cute –  I could watch them for hours! 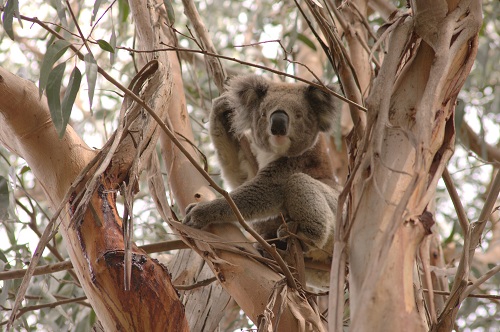 Koalas in the wilderness  (The Great Ocean Road, Australia travel)

We were also extremely lucky to saw a kookaburra bird, which are native to Australia and New Guinea. Kookaburra bird was also one of the three official mascots for the Sydney summer Olympics in 2000. 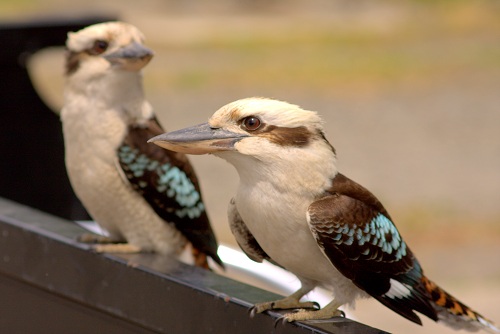 Even though driving on the Great Ocean Road made a long day, we would be so sorry if we did not see and experience it. Having our own car and schedule would make an amazing day a perfect one, but that would already be pushing it.

Check out our short video from The Great Ocean Road