Thassos Island Greece and its best things to do

Thassos Island Greece has so many interesting things to do that even though you have never though of visiting it for your summer holidays, you might just change your mind.

When we were returning home from our 2 months long overland travel around Turkey, Georgia and Armenia, we also stopped in Greece – we spent 5 days at the Thassos Island. If you are traveling around Greece by car, Thassos Island is not far from the inland, what makes it inexpensive to visit. You only need around 20 minutes by ferry to reach it. 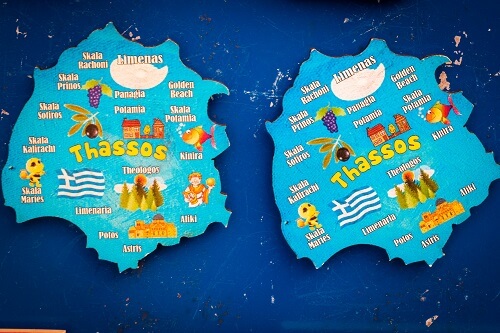 Best things to do in Thassos Island Greece?

One of the main things that attract so many people to Greece are its beaches and Thassos Island will not let you down with them either. We were there in October, so we had the beaches all to ourselves. Some people did swim in the sea, but we found the water already a bit cold, so we just lie there and enjoy the views.

Thassos Island Greece has many well-known beaches, but if you ask us, we like best its white marble beach. The Thassos Island is known for its marble and one of its beaches is full of white marble pebbles, what makes the water as blue as in Caribbean. (40.75018 / 024.74774) 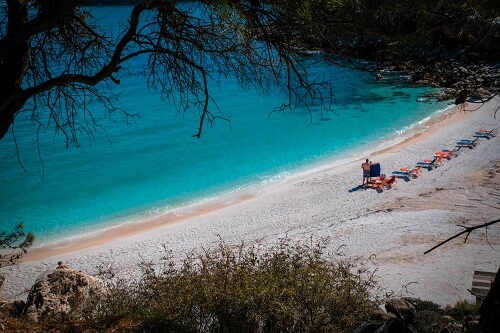 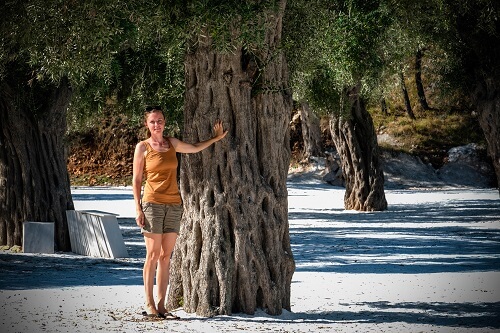 Paradise beach was our second best beach at the Thassos Island Greece. You sure cannot miss when it comes to long sandy beach. To top it all off, there’s even a small island/rock in the middle of its bay, what makes it unique. The beach is also surrounded with lush forest where shade is available. (40.64406 / 024.76690) 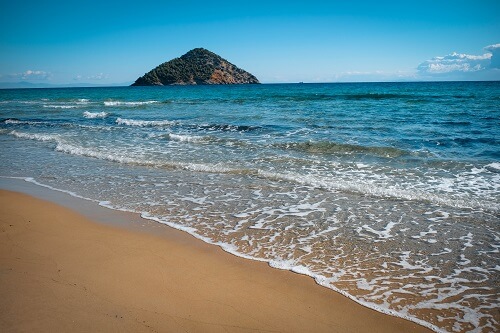 An interesting beach is also the Alykia, which is combined with two smaller bays – one side offers a restaurant and bar, while you can walk among ancient ruins on the other side. (40.60564 / 024.73997) 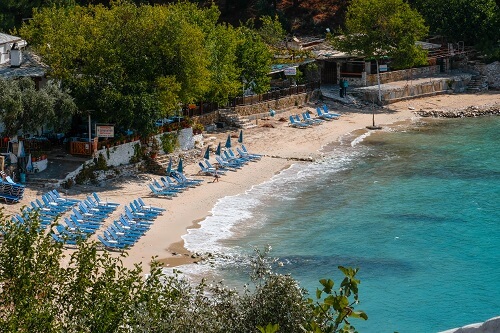 Thassos Island Greece has of course numerous other beaches too, so you will have plenty to choose from. Some of the more popular are also the Golden Beach, Makriamos, Limenaria, Pachis, Notos… 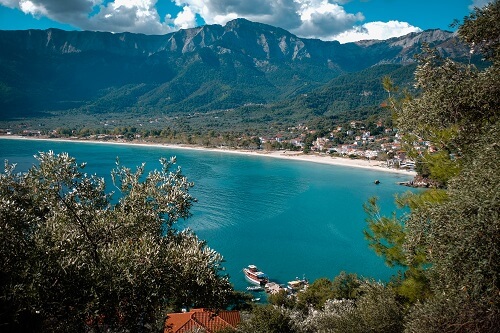 If there’s one tourist attraction at Thassos Island Greece no one misses, than this must be the Giola – the natural sea pool. Even though you will visit Thassos Island outside of the bathing season, Giola is definitely worth the stop and admiration. 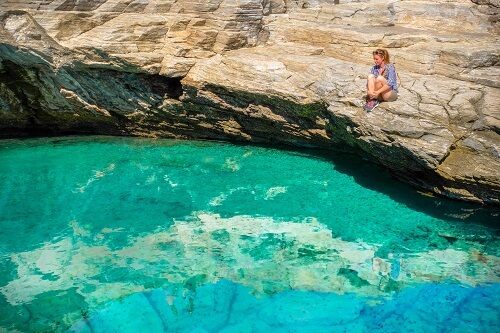 Doing a roadtrip around Thassos Island Greece, we did see this nun’s monastery just from the outside, but you can also admire it from the inside. Have in mind you need to be properly dressed. The Archangel Michael monastery was built in 13th century and its location is stunning – right up on the cliff, offering spectacular views towards the Aegean Sea. 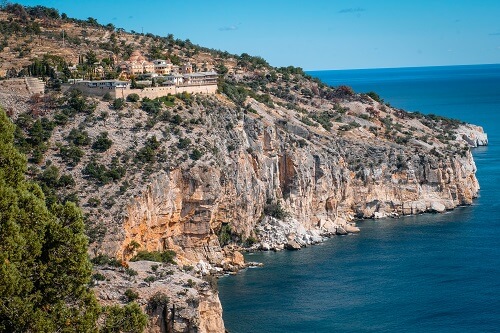 During the peak season this village is boasting with local taverns / restaurants, but being there in October not a single one was opened. Nevertheless the village Theologos is interesting for its stone houses and is known as one of the oldest and most beautiful villages on Thassos Island Greece. 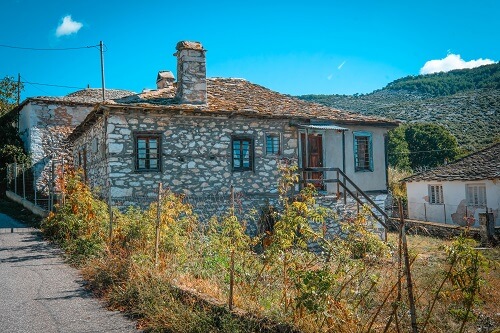 You can find different coastal towns at Thassos Island Greece, where it is nice to find your accommodation. We decided to stay at Limenaria (South of the Island), where we picked-up great apartments to stay in El mare luxurious Apartments. 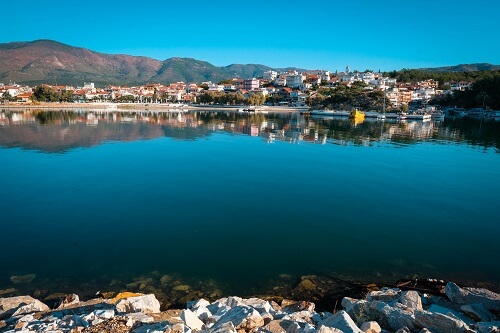 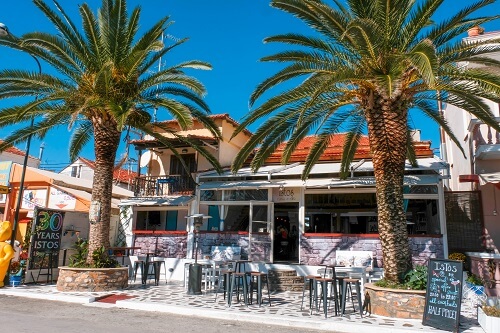 The owner is a Greek family, which is extremely kind and welcoming. The El mare luxurious Apartments were very clean and also modern. If you’ll ever found yourself at the Thassos Island Greece we sure recommend you to stay there. 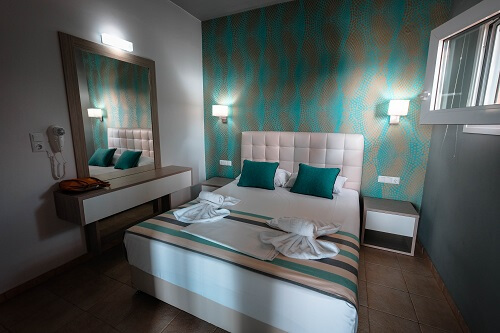 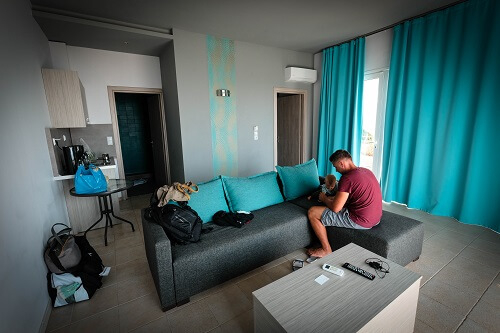 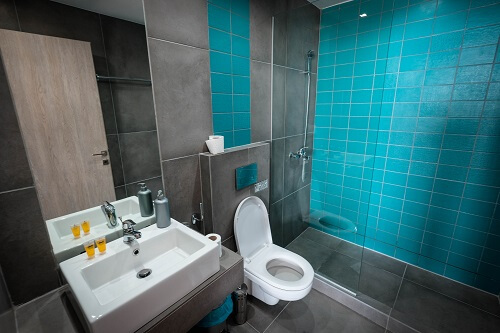 The Thasos town is somehow the capital of the island. Most of the visitors don’t really make a stop here, but it is still nice to take a walk, drink a frape and see it before embarking back on the ferry. 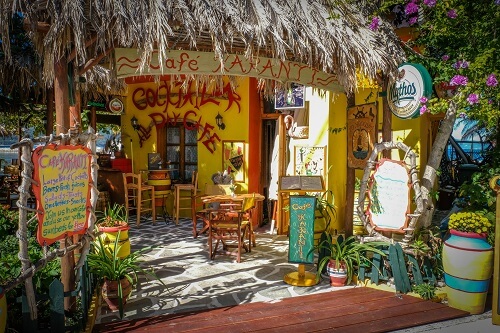 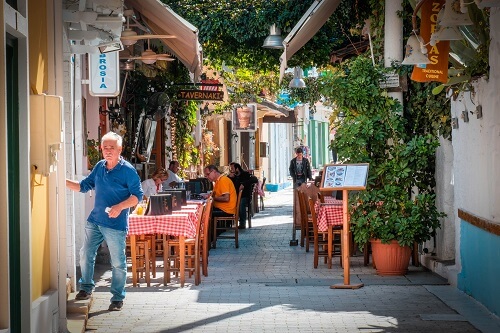 If you’re not really keen spending days and days on the beach during your holidays, you can also hike up to the Impsarion Mountain – the highest peak on Thassos Island Greece (1204 m). It can be reached on foot or even by 4×4, but the final 200 meters needs to be done by foot. Most hikers decide to start their hike at Potamia village, from where 2,5 hours is needed to reach the top. We did not reach the top, but it is said the views from up there are amazing. A little reminder – watch your step towards the peak as the hilly part of the Thassos Island is known for many snakes. 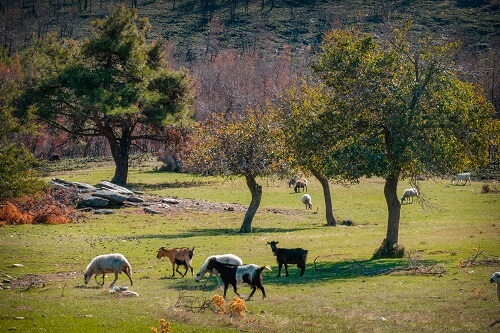 We did not expect much from the Thassos Island Greece and just wanted to find a nice spot for short holidays before coming home from our travel. But I must admit – the Thassos Island was a great choice and I think no one will be disappointed if visiting.