Shanghai tea scam – yes, they got me too

His name was Anthony

I was wandering around Shanghai, admiring the city’s financial center on the other side of the Huangpu River, when suddenly a Chinese man starts chatting with me. His name was Anthony. He spoken good English what was a nice melody for my ears, as I had problems with basic communication ever since I came to Shanghai. From the basic hello, how are you and where are you from, we started to talk about Chinese culture, food, traditions, family… He mentioned he came to Shanghai to visit a friend and that he has few hours for himself today, because his friend is working. He looked like a normal tourist, having a camera hanging behind his neck.

He lead the way and suddenly I was in the middle of a dark, narrow street, not even knowing where the heck I am. I found myself thinking, how happy I am to be with Anthony, as he knew where this tea house is. I would never be able to find it by myself.

We came to an entrance and its corridor was full of awards, as being one of the best tea houses in Shanghai. Well, at least Anthony translated this to me like this. All the plaquettes were in Chinese letters.

We were greeted by the hostess in Chinese and taken to a small room, where traditional tea ceremony took place. The room looked beautiful. The wallpapers seemed old and there were lots of tea boxes everywhere. Few tea cups and pots were waiting on the table. I hardly could wait that everything begins.

Anthony warns me, that this traditional tea ceremony is a little bit expensive; after all, these are all top notch teas. I am checking the menus and I almost got a heart attack… Oh my… this is not just expensive, it is SUPER EXPENSIVE!! One cup of tea costs 10 USD!! What the… Anthony noticed that I am shocked and he tried to calm me down, saying that this really is an old tradition and one of a kind thing to do. At the end I managed to convince myself that tradition needs to be respected and finding more about it, is one of the main reasons, why I love to travel. 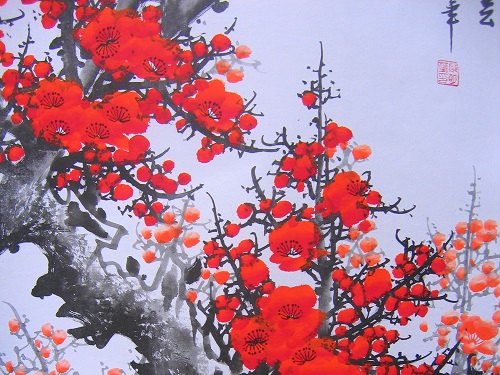 I ordered one, two, three cups and then I had enough. The tea was good though (especially jasmine), but 30 USD was more than I even wanted to spent on the first place. Not to mention we were here already for 2 hours. Anthony takes some tea with him, because it was so impressed over the taste, but that really did not convince me. Before we left, we got a check on the table and I almost lost it. The total amount, including Anthony’s tea, was 100 USD. I told him, I spent 30 USD for 3 cups of tea and put my money on the table… He paid the rest without even be surprised. I could not help myself to think, how expensive these tea ceremony was for him, if 30 USD was a small fortune for myself too.

I thanked him for this unique and fun experience and we said goodbye. It was a nice day, full of new things, new experiences and knowledge.

Traditional tea ceremony with a local guy was one of my favorite things in Shanghai and everything seemed normal until my friends, traveling around China, told me that traditional Chinese tea ceremony is one of the most common travel scams in China. I even tried to convince them that these high prices are really normal and that traditional Chinese tea ceremony is just a very expensive thing to do there. Due to my curiousity I decided to come to the bottom of this. Surfing the internet did not leave me with the result I hoped for. Five years later I finally realized I was one of many, who were tricked with the most common travel scam in China.

Anthony was not as nice as I thought he is and all he cared was his provision for tricking me. The only comfort I have is that I did get to know a traditional side of China. After all the Shanghai tea scam is so common, that we can already name it a Chinese tradition… Oh well, but if I would not be involved in this travel scam, I could never write this blog post… 😉

Have you been to China? Were you also tricked by this Chinese tea ceremony scam? What travel scams did you experience on your travels? Help us to avoid the next awkward moment and share them with us!