Public transport in New York – from JFK International airport to Manhattan and beyond? 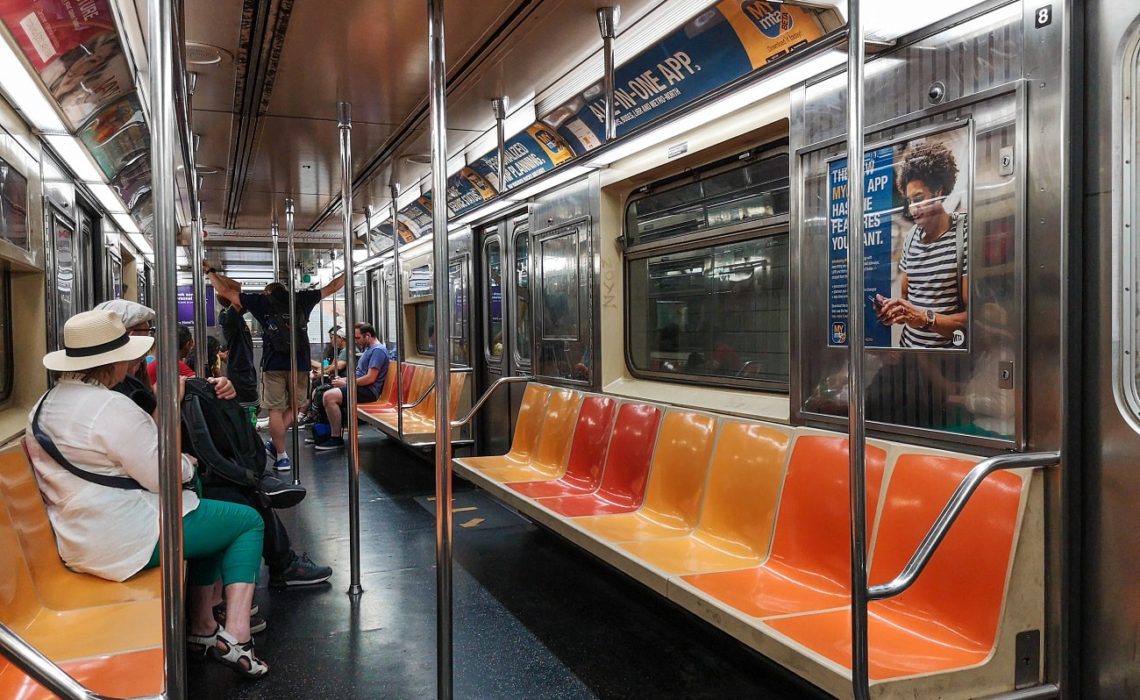 You have bought flights to New York City and you are looking for the cheapest way to reach Manhattan from JFK International airport? Taxis are expensive and all other private options doesn’t come cheap either. But don’t stress – there are other ways too.

If you don’t feel like using the subway, your best bet would probably be Uber or a shuttle bus / van, but have in mind that during the day, streets in New York city are normally packed and it takes forever to reach your destination – especially in Manhattan. But to make everything cheap and fast, your best bet is the subway in combination with the AirTrain.

How to reach Manhattan from JFK airport by public transport

If you ask me, you will definitely be using subway when exploring New York City, so I’d recommend you to get yourself a MetroCard. There are two different MetroCard’s available – pre-paid which costs 1 USD and you decide yourself how much money you want to put on. This pre-paid MetroCard can be used by 4 adults.

Owning the pre-paid MetroCard, the subway ride cost you 2,75 USD, instead of 3 USD. If you’ll combine your first ride with the AirTrain, the complete ride will cost only 7,75 USD/person.

If you’ll be staying in New York City for a week and use subways a lot, forget about pre-paid card as the seven days MetroCard is a better deal. It does costs 32 USD, but the rides are unlimited. But we aware the AirTrain from and to the JFK airport is additionally charged and costs 5 USD one way. You pay the tickets at the exit of the AirTrain, when driving from the JFK airport towards Manhattan. 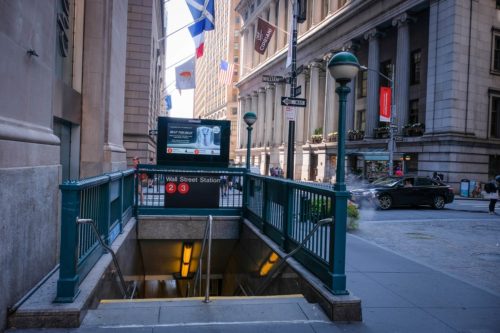 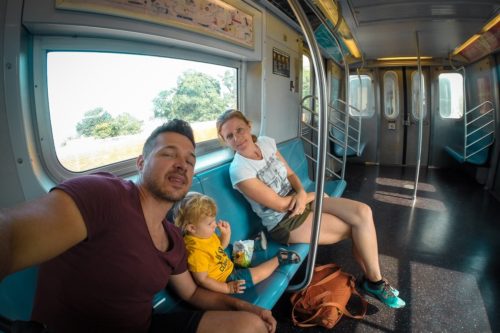 Taking a ride in a metro (New York City)

When you’ll still be in the arrival terminal, just follow the signs for AirTrain, which will take you to Jamaica subway station (subway line E, J, Z) or to Howard Beach station (subway line A). No matter which line you take, you’ll need from 60-90 minutes to reach Manhattan with combination ride of AirTrain and subway.

The New York City subway is operating 24 hours a day, but have in mind that not all the lines are 24 hours’ lines. We used the J line, which took us directly to our Q & A residential hotel in Financial district at the southern part of Manhattan. We reached Q & A Hotel at 1:30 am.

Using the subway during the night felt safe and we were on it almost alone. I must admit that when we were still at home, looking the best option to reach our hotel in the middle of the night, I had some concerns using the subway after midnight, but getting some positive feedback from people living in Manhattan, I felt confident and safe.

But if your hotel is found in some other areas in New York City, ask around how safe it is wandering around at night. 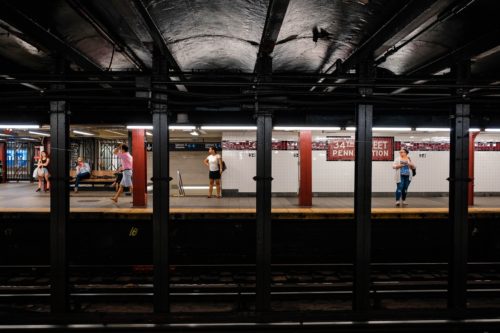 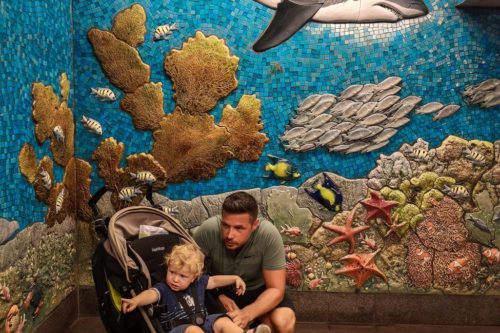 Subway with a baby stroller

Everything can be done, also using subway with a baby stroller, but prepare yourself for some lifting. Some stations do have elevators (marked with wheelchairs), but not many, so you’ll need to carry the baby stroller on the stairs.

Apart from that, we did not see any difficulties to use the subway with a baby stroller and we used them several times per day.

Each entrance/exit to the subway platform has its own emergency exit, which you can use with the baby stroller. Normally the doors open from the inside, so one of the adults has to go in before the other and open the doors for them – don’t forget to stamp both adults with the MetroCard.

Kids take the subway for free

Three kids can take the subway free of charge when accompanied by an adult, but they should be less than 112 cm tall (44 inches). Using the subway in New York is definitely the cheapest options for families too.

No matter where we travel, we always like to use the subway. Subways are by far the fastest and cheapest options to travel in big cities. Using the subway in a city like New York, where most of the time streets are packed with cars, is definitely your best choice to travel from one side of the city to another.

*If you are interested about more travel tips on how to do New York on a budget, read them here.