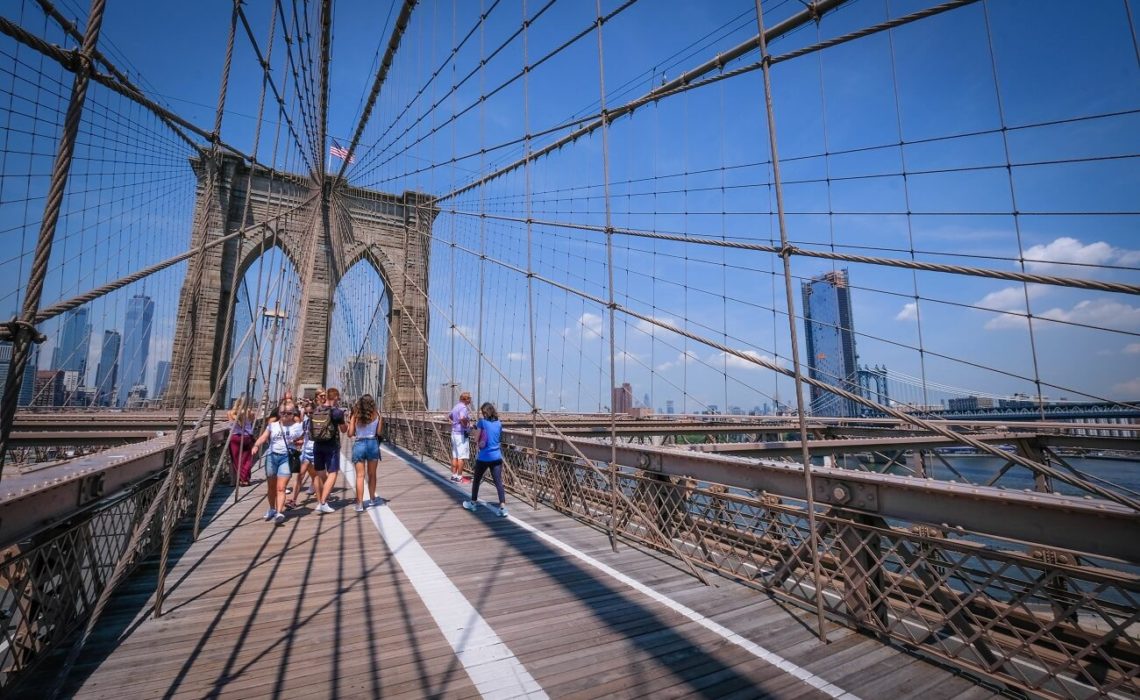 Perfect one week in New York city and things to do

View of Statue of Liberty

What is your first thing coming to your mind when someone mentions New York City? For many it is the Statue of Liberty – one of the symbols of New York, which you should definitely see if you have one day or one week in New York. We did not go to the island itself, but rather spent a free ferry ride to Staten Island and enjoyed the views without spending any money – if you are there early enough, without any crowds too. 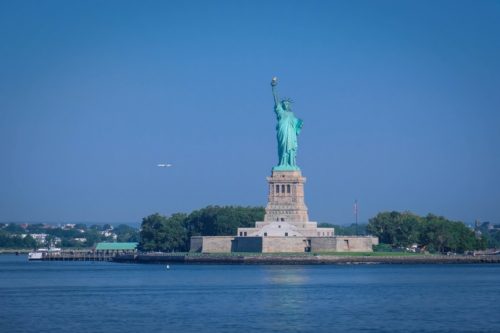 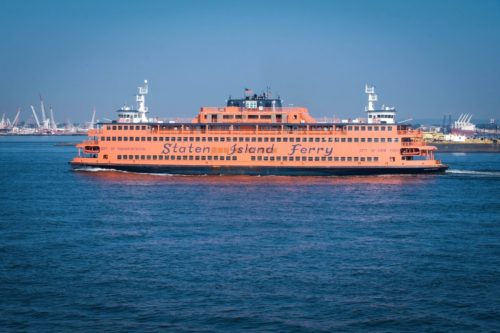 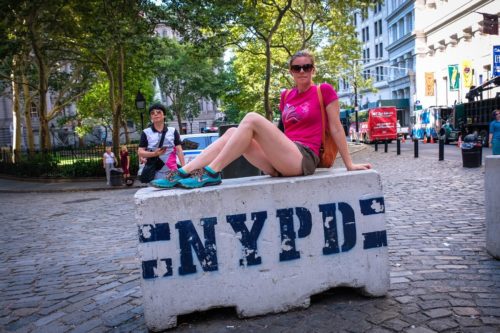 NYC has many photo opportunities (One week in New York City)

A walk around the financial district

We stayed at the Q & A residential hotel first four nights, which is located just two blocks from the New York Stock exchange. Having one week in New York City, we decided to spend one full day exploring this southern part of Manhattan, including the parks, Skyscrapers, St. Trinity church and the bull.

New York City is a paradise for everyone keen on museums, but some do stand out – especially for first timers in New York City. Visiting the American natural history museum and the Metropolitan museum are for sure two of the most popular choices. We have heard good reviews for the Intrepid Sea, Air & Space museum, but having “only” one week in New York, we ran out of time to see that too. 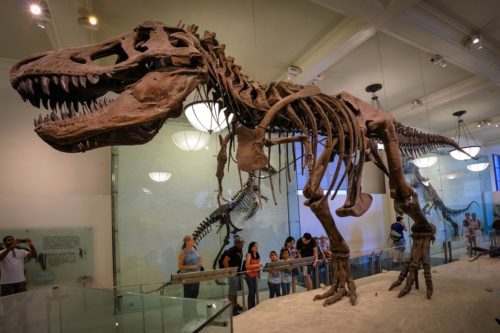 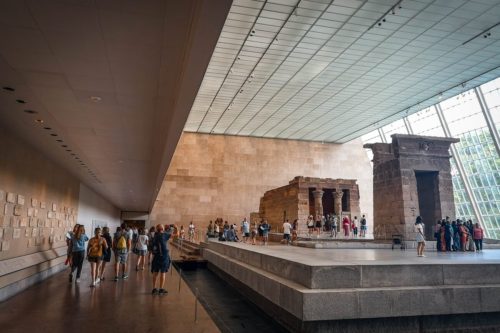 The Metropolitan museum (One week in New York City) 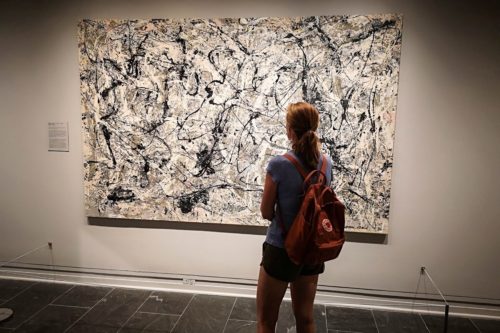 Art in the Met (One week in New York City)

Enjoying the views from the observation decks

Manhattan is full of skyscrapers and observation decks, which offer splendid views over Manhattan. The most iconic is for sure the Empire State Building, but also Top of the Rock and One World can match the views. If you have one day or one week in New York City, you will probably visit only one, so choose smart.

Relaxing in the Central Park

Nothing can be so local and out of a movie than having a picnic in the Central Park. Enjoy your time in the green area of the concrete jungle or rent a bike to be more active there. As we have one week in New York City to spend, we were there several times. 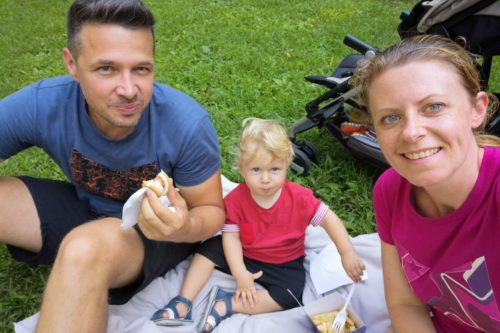 Picnic in Central Park (One week in New York City) 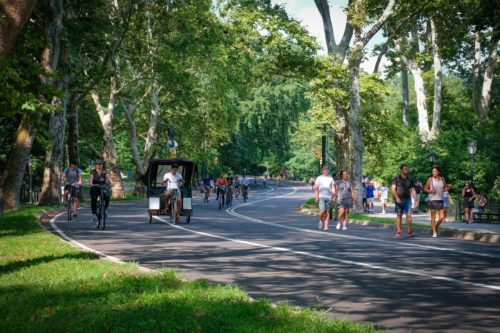 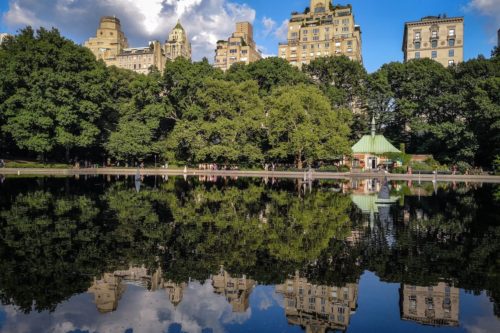 Mingle at the roof-top bars

It is said that New York City is a city that never sleeps and if you still have some energy left from daily explorations, visit a rooftop-bar or two in the evenings. Some have great views, including the most popular one – the 230 Fifth Rooftop Bar, where you’ll be sipping a cocktail while enjoying the views over the Empire State Building. If rooftop bars are your thing, you can only visit a few when having one week in New York City, but if you are there long enough, let us know your best picks.

Get some tan at Brighton beach

Oh yes, even New York City has its own beach, where you can get some tan. If you are brave enough, jump into the cold sea for some summer refreshments. The beach is very popular among locals for weekends, so it is best to visit it during weekdays. Nevertheless, being there in August, it was still crowded during the week. 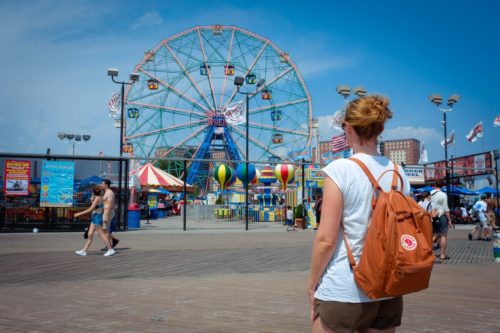 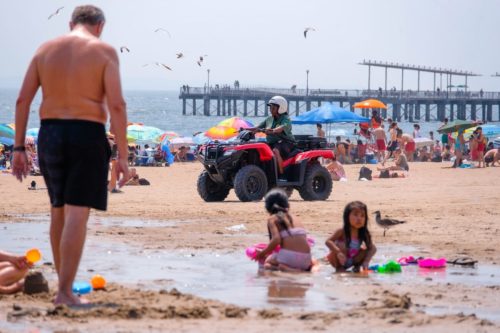 Coney Island is best known for its Luna Park and the coastal walk, full of traditional old bars. It is full of locals during the summer, so you for sure will get a great local summer vibes there. If you have the time, you will not be sorry to stop there too, especialy if you have one week in New York City – having just few days, you will probably focuse on Manhattan only.

If you’ll only be staying in Manhattan, I can assure you, you will not get the complete vibes of New York City.  There are many areas outside of Manhattan, but one of the most popular is the Brooklyn. Don’t just stop at the Brooklyn Bridge area, as the true Brooklyn is more towards the JFK International airport. We actually stay three nights in the Brooklyn hotel, to get the real feel for the area. If you don’t have one week in New York, you might want to leave that for your next trip. 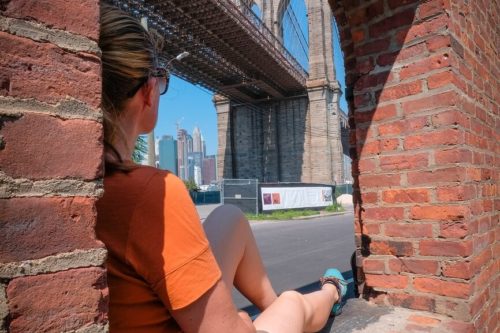 Admiring the Brooklyn Bridge (One week in New York City) 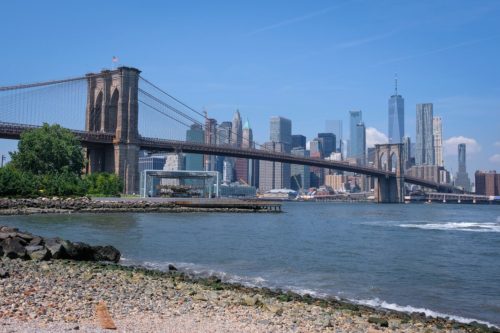 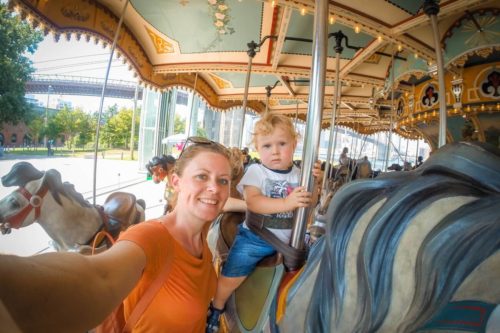 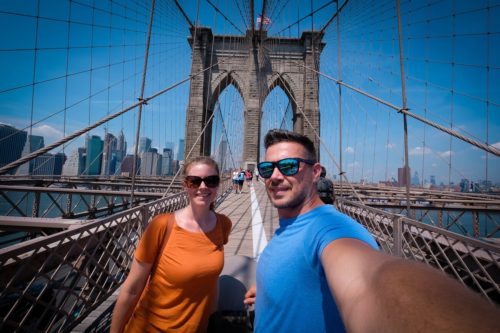 Take a selfie at the Brooklyn Bridge

South of the Central Park some of the tallest skyscrapers in NYC can be found. Don’t even miss the ones in the financial district.

Billboards at the Times Square

Even though you will not be visiting New York City for New Year, most of you (especially first timers), will not skip Times Square to see the all the flashy billboards. 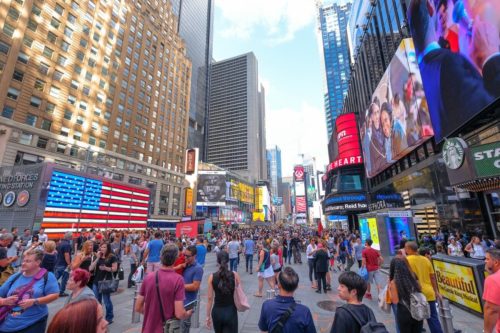 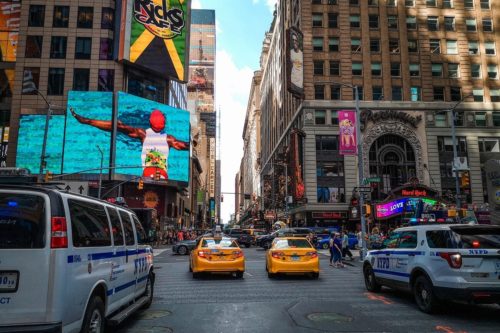 Catch a show at the Broadway

If you’ll be visiting New York City for its Broadway shows, here’s a tip for you. Check out the TKTS booths 24 hours before the show, to get some discounted tickets – discounts go all the way to 50%.

Shop till you drop 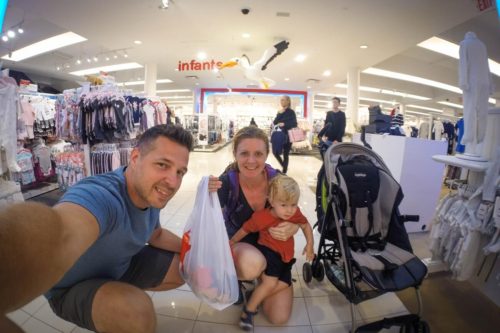 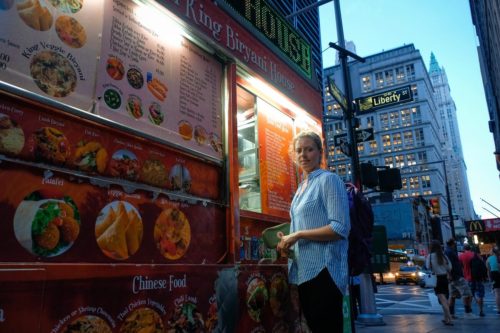 No matter which city in the USA you visit, there’s always street food to try and New York City is no different. If you’ll be around tourist attractions and offices, you’ll see loads of food trucks, where you can grab a quick bite, relatively cheap comparing with restaurants. Luckily we had one week in New York City, so we can try several food trucks.

You can find all kind of areas with foreign nationalities in New York City, but one of the most known is the Chinatown. I skip it when I was here only for a day, but this time, having one week in New York City, I sure did not want to miss it again. Walking around it, really does feel like being somewhere in China. 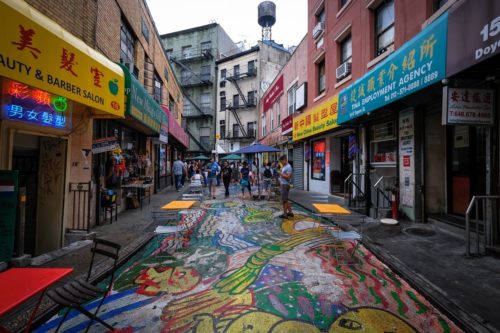 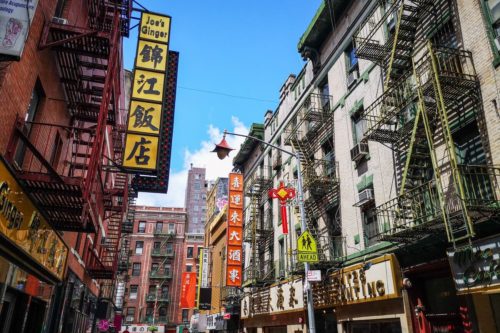 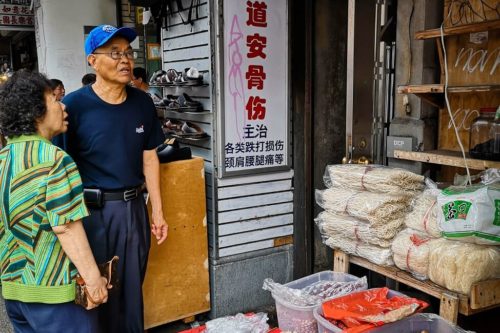 Remember the victims of terrorist attack

I assume there is no one living in New York City, who will ever forget the 9/11 terrorist attack, where almost 3000 death were among victims of the Twins attack. Location, where once the Twins stood tall, is now a memorial, which fast became one of the most recognizable attractions in the city.

New York City might be a concrete jungle, but there are many beautiful green areas, where you almost forget about the traffic, crowds and grey color. Take a walk on the High Line – a 2,3 kilometers long formal railway, which is now a great place to find some peace and quiet – when there’s little tourists. 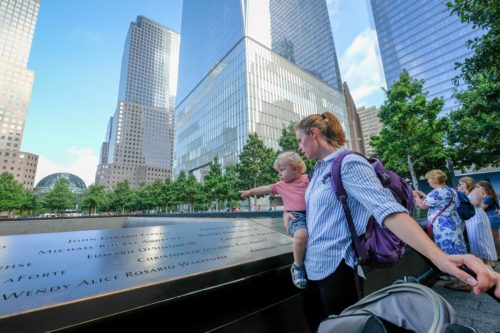 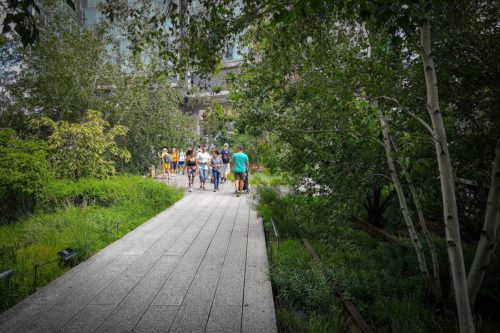 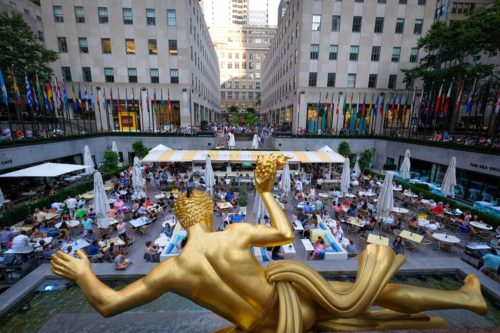 The Rockefeller center (One week in New York City)

In an old cookie factory, where Oreo cookies were developed, now the Chelsea market can be found. The building is full of restaurants, offices, small shops and TV network now. Grab a bite there and enjoy the ambience.

Say cheers with the Brooklyn lager

We spent three nights in Brooklyn, so the only proper thing to do is try its local beer – the Brooklyn lager.

If you’re not keen on heights (including because of pricy tickets), a nice view over Manhattan can be reached from a free ferry to the Staten Island. A nice view of Manhattan can also be found in Brooklyn – a boardwalk on the southern side of the Brooklyn Bridge. But if you will spend one week in New York City, you will be able to find many areas, offer good views. 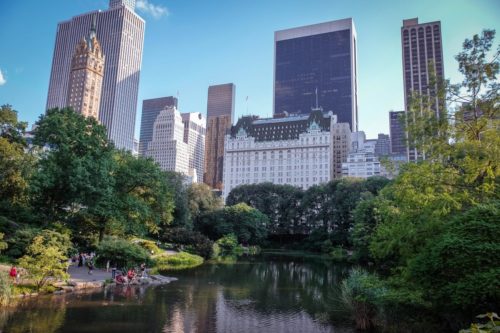 View from Central Park (One week in New York City) 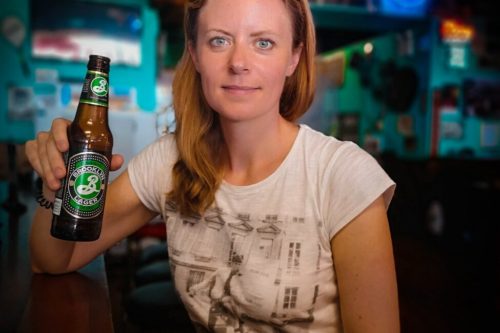 Cheers with Brooklyn Lager (One week in New York City) 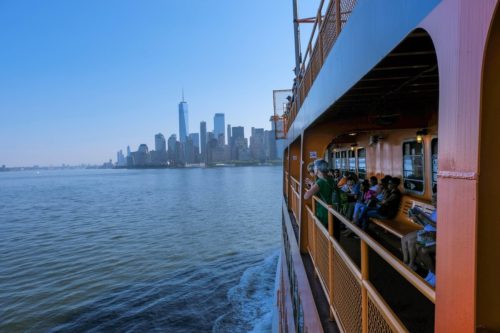 Simon and I both enjoy nature, but there is something about New York City – the energy and the vibe are working well for us – including with the most typical tourist attractions, so I am glad we took one week for New York City and all that this bustling city offers.


If you will spend one week in New York City and have a limited budget, check out how to do New York on a budget here. And if you are visiting New York City with kids, check out some travel tips and sights to help you started here.

You don’t have one week in New York City?

Don’t worry, we have also visited it once for one day only and still enjoyed it a lot > One day in New York City – things to do and see

Check out here our video on how to do the perfect one week in New York City.