One day in New York City – what to do and see?

One day in New York City sounds a little bit off, but if this is all you have, it is still better than nothing. You will be surprised how much you can do during one day in New York City. Having 24 hours to spend is not as short as it sounds – even more if you decide to go without sleeping.

If you really have only one day in New York City, your best choice is to go straight to Manhattan. Manhattan offers best things to do and see in New York City. If you are into food, architecture or shopping, you will find everything in Manhattan for sure!

The best starting point for exploring New York City is the Times Square. It is not just the center of Manhattan; the Times Square is also one of the most recognized New York tourist attractions. Grab yourself a Starbuck’s coffee and sit at the stairs in the middle of the square. Enjoy the views of New Year’s ball, big, colorful and shiny billboards, the crowds, the mini New York Police department… Perfect start for your “one day in New York” adventure. 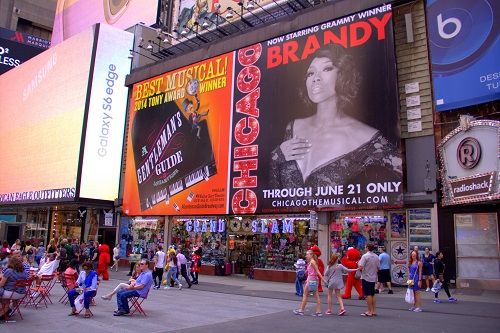 The Times Square (One day in New York)

Leaving the Times Square, head up north towards Central Park. You will not miss if you choose the Broadway Street, which leads you pass the famous theaters, where world’s best shows can be seen. The Broadway Street ends exactly at the front of the Central Park (8th Avenue). 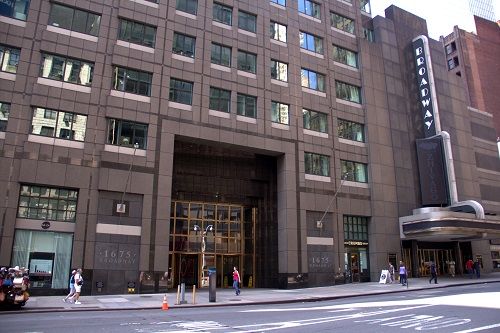 Broadway (One day in New York)

In the middle of Manhattan, concrete jungle, lies the green oasis – The Central Park, which spreads over 3,5 sqm. Walking around its paths, surrounded by tall green trees, large lawns and lakes, you can easily forget you are actually in the middle of New York City. During the weekend the Central Park gets pretty crowded with people wanting to relax and enjoy the nature. Don’t forget to buy a snack (hotdog) before the entrance and make sure to enjoy a short break on your “one day in New York” tour. 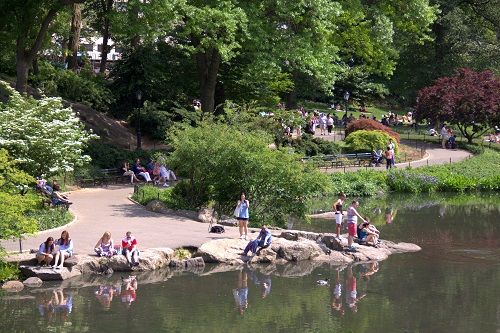 The Central Park (One day in New York)

Leave the Central Park at the crossroad of 5th Avenue and 59th Street. It’s time for shopping! Well, we are not sure how thick your wallet is, as the 5th Avenue is famous for designers’ shops like Armani, Prada, Apple, Tiffany, Cartier… Even though you are too short for these kinds of names, walking down the 5th Avenue is a must thing to do – even if you have only one day in New York City, you should not miss this! If you like sportswear, make sure to stop at Niketown, which can be accessible through the Trump Tower on the 5th Avenue as well. 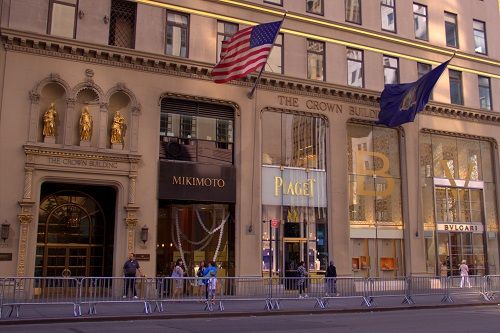 Walking along the 5th Avenue, towards south, you will not be able to miss the impressive St. Patrick’s cathedral. Just opposite of it, stands a tall bronze statue of ancient hero Atlas, holding the Heaven in his hands. Just few steps away from the Atlas statue is the Rockefeller center. If you like tall buildings and seeing the city from above, you might consider visiting The Rock observatory deck (30 USD/pp). Before leaving the Rockefeller center, make sure to see the Lower Plaza, where the gold plated statue of Prometheus stands – you will recognize it from numerous movies like Home Alone. The Lower Plaza transforms in the ice-skating area during the winter months and during the summer months you can enjoy yourself in its café. If you are a big movie fan, make sure to spend some time here. Even though you only have one day in New York City, few minutes will not ruin any of your plans! 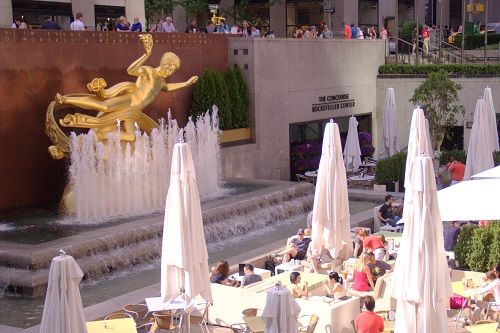 The Rockefeller Center (One day in New York) 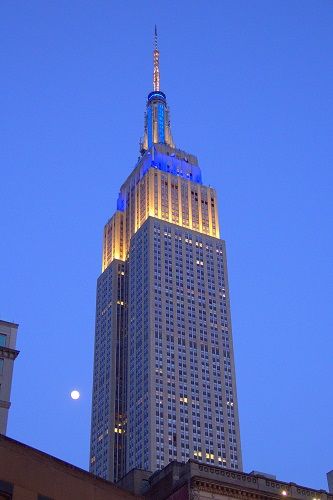 The Empire State Building (One day in New York)

If you have one day in New York City, you will still be able to explore some of the southern Manhattan. We’d highly recommend you to visit the memorial park, where the Twins (World Trade Center) once stood tall, known now as the Ground Zero. The tragedy, which happened on 11th September 2001 should never be forgotten! Instead of twins, another skyscraper was build, which got a name One World Center, which also offers an observatory deck on 102nd floor (32 usd / pp). The building is now the tallest in the Western Hemisphere. You can reach the Ground Zero memorial park with a blue metro line A-C. If you decided to walk down to lower Manhattan, plan your route through Little Italy, Chinatown, SoHO and financial district Wall Street. 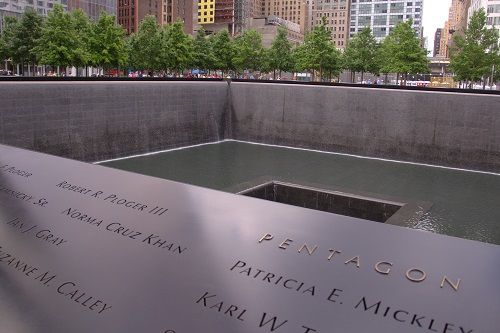 The Memorial Park Ground Zero (One day in New York)

Before heading back to the Time Square, walk from the Ground Zero to the coastal area of Battery Park. Staying only one day in New York City, you will not have enough time to visit the Liberty Island, but the Battery Park offers nice views over the Statue of Liberty. 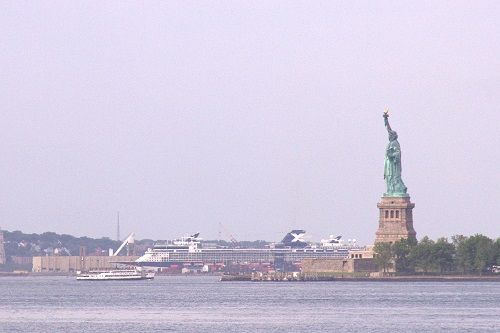 The Statue of Liberty (One day in New York)

If you are into shows, musicals or theater, stop again at the Times Square and find a TKTS kiosk, where cheaper tickets for Broadway shows can be bought. Just have in mind the line is LONG and you will need to wait for at least 1-2 hours.

New York City never sleeps and if you’d like to spend one day in New York City to the fullest, forget about a hotel room. Just find yourself a trendy night club and spend your last hours there. 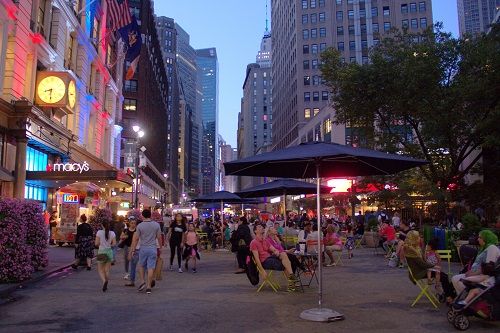 Night-life (One day in New York)

Even though we spent only one day in New York City, we still did manage to feel the vibe and its energy! We will be back for more for sure! The only thing we will do differently do next time, is having more than one day in New York City! We cannot wait to explore the rest of New York tourist attractions, which we were forced to left behind.