One day in Bamberg and things to do 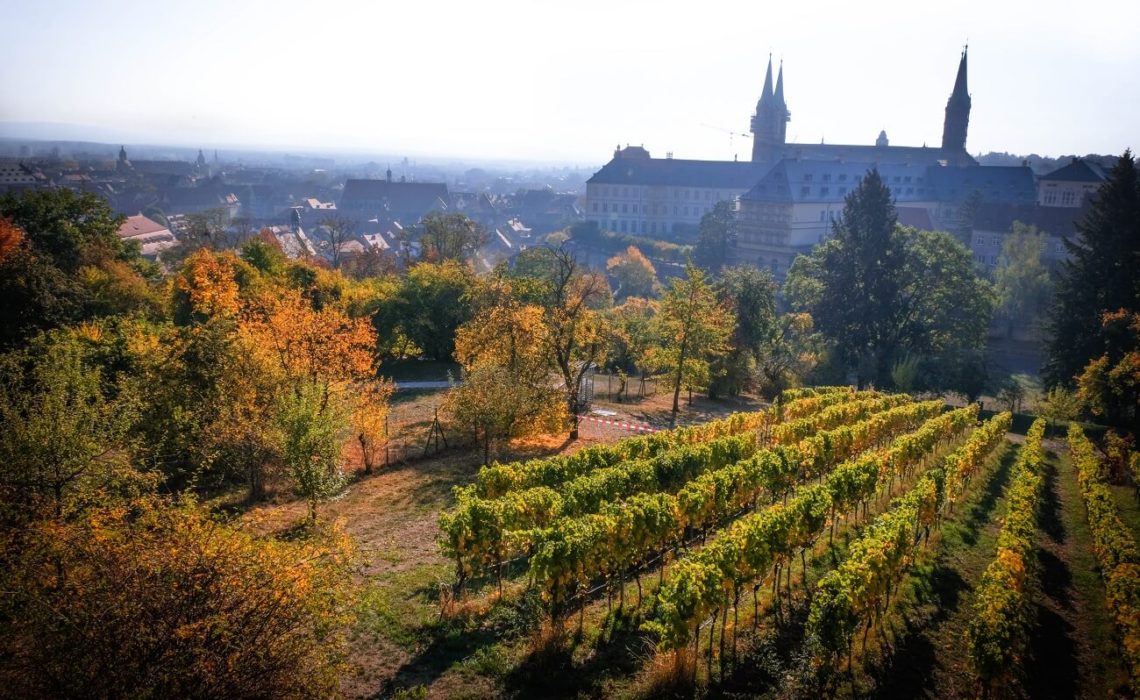 One day in Bamberg with its many things to do, will soon seems too little. But if that is all you have, don’t worry, you will still be able to see a lot of amazing sights and enjoy in its typical tastes.

Perfect one day in Bamberg and its best things to do

If you only one day in Bamberg head up straight to the old town – its colorfulness, picturesque and lively feel will definitely impress you. In fact, city of Bamberg is so unique, it has been on UNESCO World Heritage list ever since 1993. When walking around the old town, you will be able to see different architecture styles, dating between 11th and 19th century.

Apart from the old town hall, the city cathedral is one of the must things to do in Bamberg. It does not really matter if you are visiting the city for few days or you have less than one day in Bamberg – the city cathedral should be visited for sure. Due to its 4 towers, rising on top of the hill, the cathedral can be spotted already from afar.

A walk to the old town hall (One day in Bamberg)

You will find the old town hall in the middle of the river Regnitz – on a tiny island, which can only be reached by foot over the bridge. If you have ever seen any photos from Bamberg, you probably saw the one with the old town hall. Luckily the old town of Bamberg is small, so you can explore it on foot and see all the major sights, even if you have only one day in Bamberg.

Not far from the city cathedral and the new Residenz, lies a beautiful rose garden. When the season for roses is, this really should look spectacular. The place is full of nicely done paths and statues, but we decided to leave this park for our next visit and rather rather spent one day in Bamberg avoiding tourist’s crowds and enjoying the vibes in the old town and its streets.

Little Venice (One day in Bamberg)

The old town is under Unesco (One day in Bamberg)

When we stopped in Bamberg, the beautiful former Benedictine monastery was closed due to renovation. Nevertheless hiking on top of it was a good decision anyway, as the views over the city were beautiful in the morning sun. You can also spot a small vineyard on the hill, which is rented out by the Bauerschmitt family from Zeil am Main in Hassberge region, where we stopped for wine tasting when exploring Hassberge on this trip.

Exploring the old town (One day in Bamberg)

The old town hall (One day in Bamberg)

Colorful streets in the old town (One day in Bamberg)

If you walk along the river from the old town hall in direction to Michaelsberg Abbey, you can spot old half-timbered houses by the river Regnitz, which dated in 17th century. This district was once a fishermen area, but because of the river, it got the name Little Venice. This sure is a nice and a little bit different sight for Bamberg.

The city of course offers much more, but if you have only one day in Bamberg, a stop for a quick stroll around the old town and enjoying in its unique culinary will definitely not disappoint.

Some practical tips for having 24 hours in Bamberg

Joining the city with nearby destinations

Bamberg is extremely touristic city, so that is also why you will find plenty of restaurants, cafes and breweries there. We have treated ourselves in the Eckerts brewery, not far from the old town hall. Even though it is popular among tourist, it is also a place where locals like to meet.

Lunch in the Eckerts Brewery (Less than one day in Bamberg)

Lunch with beer (Less than one day in Bamberg)

You will find an interesting menu in the Eckarts Brewery, which doesn’t only include delicious house-made beer, but also food like Bamberg onion in a beer sauce, beer soup and even beer ice-cream.

If you have more than one day in Bamberg, it is for sure great to stay the night somewhere in the old town, to enjoy the evening / night vibes in the city. We did not spend the night there, but the Nepomuk Hotel, which is part of the Eckarts Brewery for sure did look like a great place.

We visit Bamberg more or less because of the old town, so make sure to park your car somewhere close by. The easiest way is to find a parking garage and walk to the old town, especially if you will spend less than one day in Bamberg.

Bamberg as a one day trip from Nuremberg

If you are staying in Nuremberg for several days, Bamberg is a great day trip from the city. There are numerous things to do in Nuremberg, which can make you busy for days, but Bamberg is such a wonderful city to visit, you won’t be sorry to “sacrafise” one day for visiting Bamberg too.