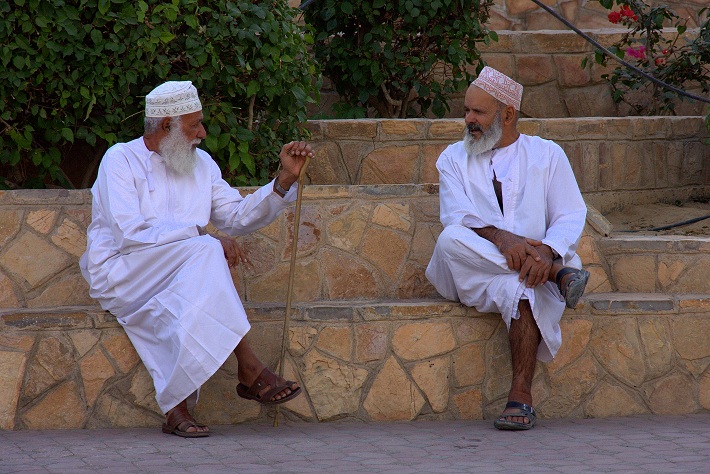 Oman is very traditional Arab country, but luckily also very little known among travelers. Massive tourism has not conquered it yet and that is why Omani people are one of the nicest people we have ever encountered on our travels. No wonder we have fallen in love with Oman completely and will be back for sure – looks like Omani people put a spell on us with their kindness!

Women in Oman cannot be easily seen on the streets (except in Muscat – a city which is very different from the rest of the country) as their main roll is to stay at home and take care of their families and household. I was most surprised about the fact, that women in Oman, according to their tradition, cannot go shopping and that this is actually a men task. Women in Oman had managed to fight for their shopping rights only in one town in the whole country. One day in a week they can sell and buy on the market by their own. 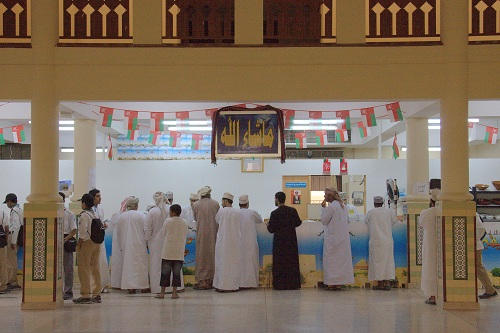 Markets are full of men, as shopping is a men task in Oman (Omani people)

A very interesting fact about men in Oman is also, that the men are the ones, who make carpets and not women, like we are mostly used to from other countries. 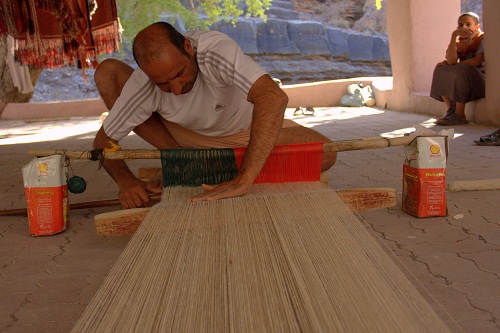 Carpets in Oman are made by men (Omani people)

Due to Islamic religion, women normally wear headscarves, when going out. How strict their dress is, depends on their religious background. During our travel around Oman, we could observe many women wearing burqas as well. Some women in Oman also wear facemasks, which once were used against harsh desert weather conditions like sun, wind and sand. The facemasks were different shapes, depending on the Bedouin tribe women belonged to. Nowadays their masks are still worn by some. 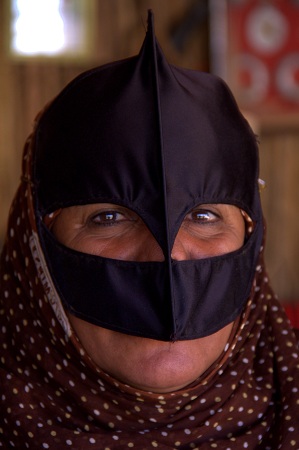 Traditional men clothes are white robes and turbans on their head. The robes are called dishdasha. Instead of turban, some men wear kummar, an intricately embroidered cap.

Arab people and with that also Omani people, are well known for its big families, so you can meet curious children everywhere. They are adorable and cannot wait to see themselves on your camera! For the rest of Omani people, we advise you to ask them before taking their photos, as from Islamic believes taking photos of people (and animals) is something it should be avoid. 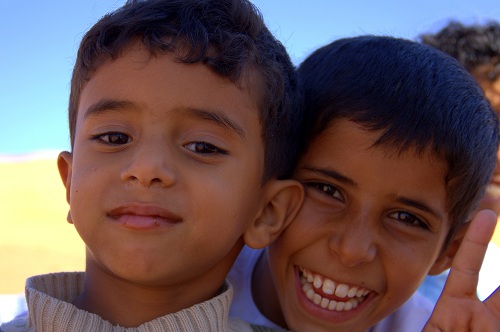 Have you been traveling to Oman yet? Were you also impressed over the Omani people?