Oktoberfest – the beer festival, which everyone should visit once in a life time 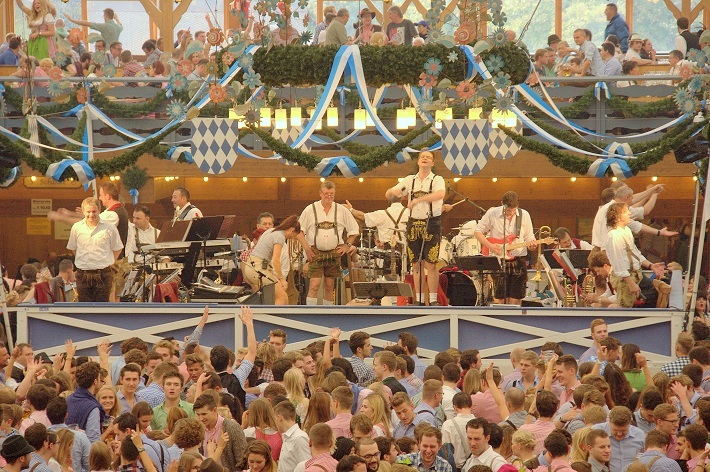 Oktoberfest – is there anyone who does not know it? I am sure that no matter where do you come from, you have already heard for Oktoberfest – even more if you like drinking beer. Oktoberfest can be found in many cities across the world, but there is only one original – Munich Oktoberfest. 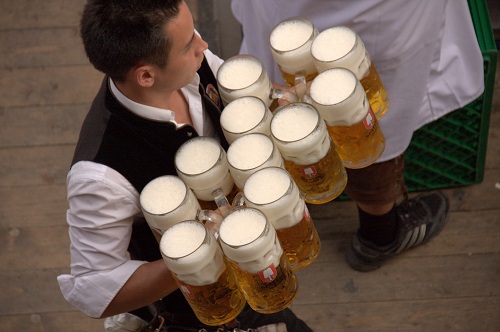 Oktoberfest – the biggest beer festival in the world

Simon and I have wanted to visit Oktoberfest for ages and it was long on our bucket list, but this year we finally got a chance to visit it and get to know what the fuss is all about. After successful cooperation with German National Tourist Board (exploring North-West Germany), they have invited us both to come to Munich. 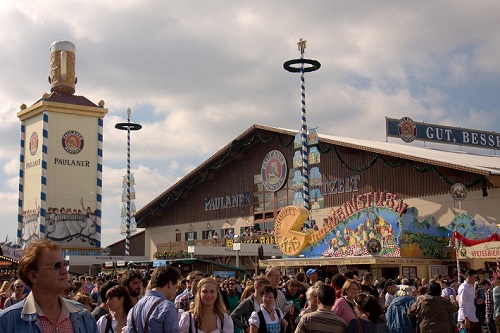 You might be surprised, but Oktoberfest did not started because of the beer. It was year 1810, when Crown Prince Ludwig I. married and organized a five days celebration for all the people living in Munich. The celebration ended with horse races, which were organized next year as well. Horse races leaded to the traditional event – festival where more and more beer stands were included each year. The beer stands were rising in size and in 1896, Oktoberfest got its first big beer tents and halls. 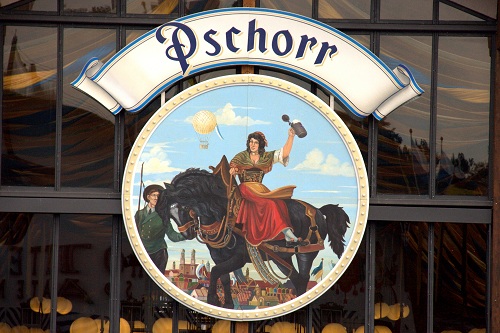 Oktoberfest started because of the wedding of the Crown Princ Ludwig I.

One and only Oktoberfest is held in Munich and that is the main reason, why we can find only beer from Munich breweries here. The beer has to be made according to the German purity regulations (made only with the natural ingredients). We can find all 6 Munich breweries at Oktoberfest and each of them have its own beer tent. Beer for Oktoberfest is slightly different from the ordinary ones, as it is a little bit sweeter and has less CO2 – it is more drinkable that way and you can drink it faster and easier. And a note – you cannot order less than 1 liter of beer at Oktoberfest. 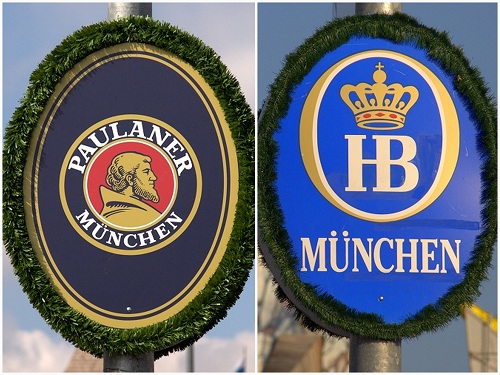 There are only breweries from Munich at Oktoberfest

Oktoberfest last for 16 days and the last five days are actually the first five day in October – according to the tradition from the year 1810. Even though Oktoberfest got its name from the month of October, it begins already in September. The reason is the weather, as September has still warmer and more stabile days, what is a good recipe to attract more people. 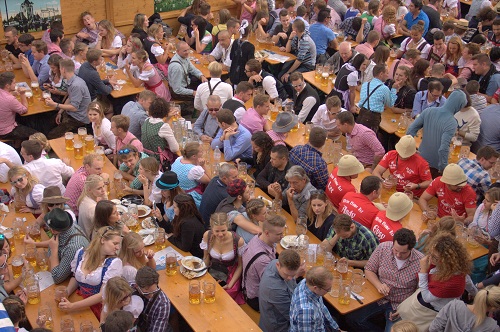 Oktoberfest or Wiesen – what is correct?

You will never say a local person to say Oktoberfest, as everyone calls it Wiesen. The name Wiesen came from the area, where Oktoberfest is held – Theresienwiesen. Looking back in the history, Princess Thereseof Saxony-Hildburghausen was a bride of Crown Prince Ludwig I. and the area got its name from her wife’s name and from the fields (German Wiesen) where the event was held. 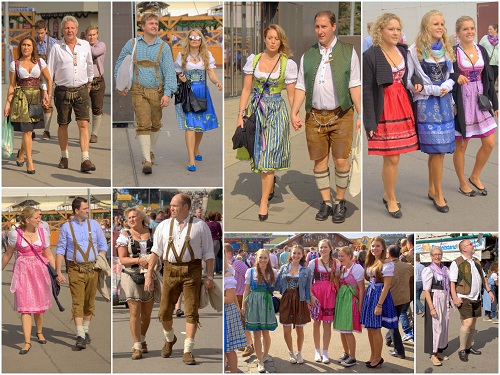 Halls and tents at Oktoberfest

I guess when someone mentions Oktoberfest, you first thing on the huge beer tents. Each can hold few thousand people and belong to one brewery. Entrance to the tents is free of charge, but note that you have to come very early to get in. It gets very crowded and you can wait in line for ages. If you visit Oktoberfest during the week, you are OK if you come until 2pm, but if you want to get in the tent during the weekend, you have to be here already early in the morning. 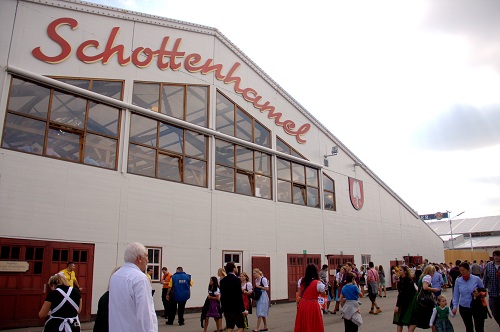 Oktoberfest is mostly popular because of its big beer tents 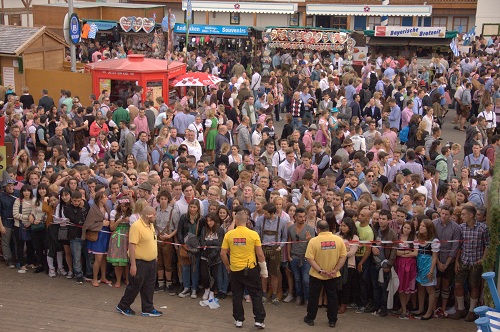 Entering beer tents is free, but you need to come early to be able to go inside 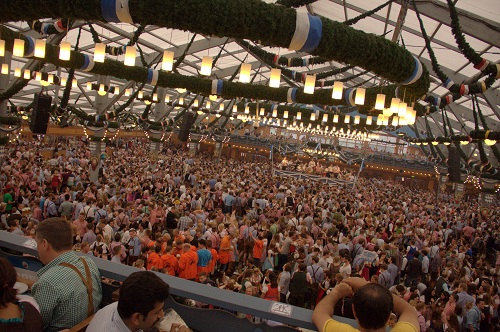 Oktoberfest is a big party with friends

It might sound funny, but it is true! Oktoberfest is fantastic and we have decided to visit it again for sure! The whole area of Oktoberfest has amazing atmosphere and positive energy. Everyone is in a great mood and everyone you see is happy and is dancing, singing and toasting with complete strangers. It doesn’t matter what you are, who you are or where do you come from – everyone is your friend at Oktoberfest. 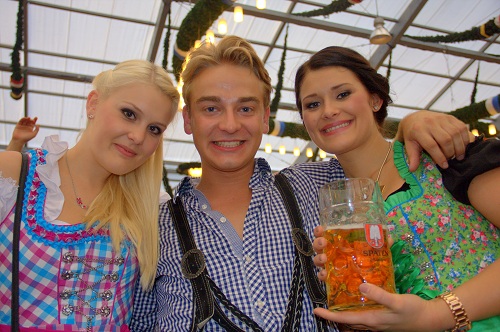 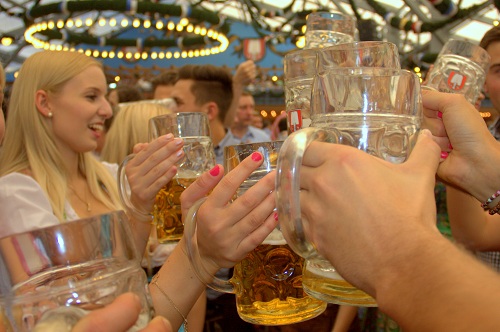 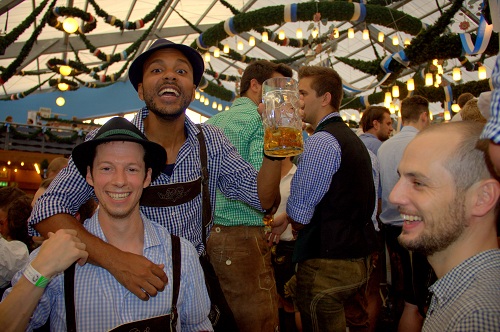 Oktoberfest is not only for locals

Lederhosen and dirndl – a must have at Oktoberfest

I should not admit, but you really look a bit weird if you do not wear lederhosen (men) or dirndl (women) – Bavarian traditional costume. Men will love the self confidence of women and what is even better, they can easily spot their status just looking at their bows (left side – single, right side – married, front middle – virgin, back middle – widow) 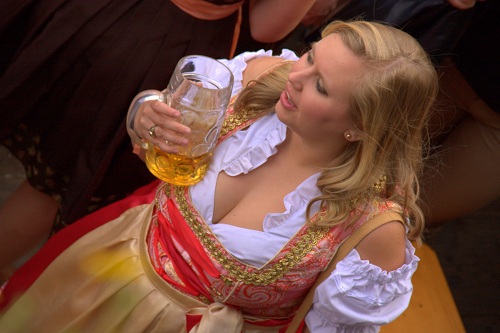 The must have for women at Oktoberfest – dirndl 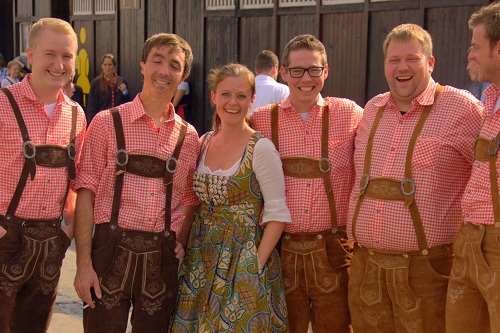 There are many shops in the Munich city center selling these traditional Bavarian costumes. The price for lederhosen starts from 120-150 EUR and for woman dirndl you will need to spend less – you can get the cheapest one for about 50 EUR, but you can as well buy some for more than 1200 EUR. I did wear a rented dirndl from a well known Munich designer famous for its brand Noh Nee. 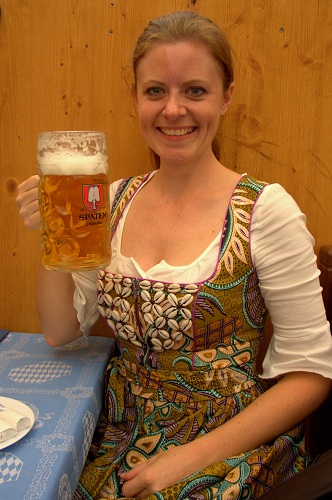 Oktoberfest is not just about beer

If you don’t drink beer, don’t worry, visiting Oktoberfest is still a lot of fun! You can eat some of the typical Bavarian food here and enjoy adrenalin attractions like ferris wheel, thrill rides, rollercoasters and carousels. Not sure how this works after heavy drinking – or better said, I am not sure I even want to know?! 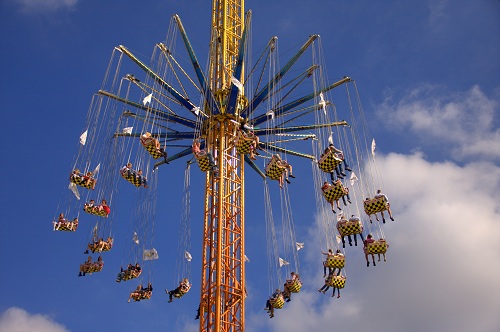 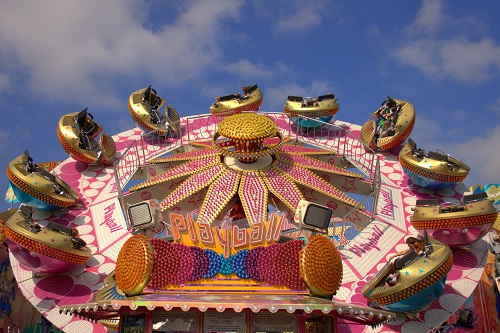 Oktoberfest is not only beer drinking

Oktoberfest is for sure the biggest festival in Munich, which attracts millions of people. If you want to have a hotel in the city center, you have to book it months in advance and even then, you will have to pay much more than normally. Hotel prices can get very high – 300% higher, sometimes even more. That is why we have decided to stay a little bit out of the city. The town of Puchheim was 20 minutes by S-Bahn from the city center and the hotel Das Seidl cost us 130 EUR/night. There are also some camping places in Munich during the Oktoberfest, but can get full very soon.  The one liter tankards costs 10,10 EUR, but if you add the tip, beer will costs you 11 EUR. The food prices are from 8 to 17 EUR. 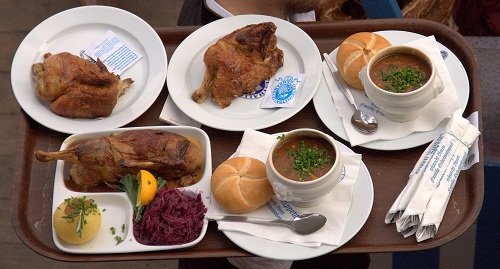 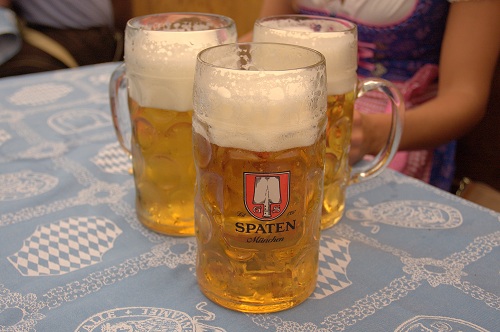 The datas were collected for 2013. 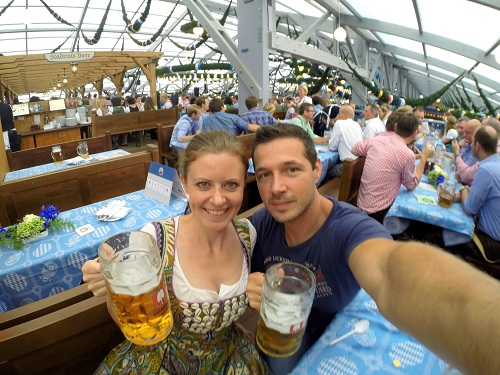 You might hear some people telling you, Oktoberfest is already too commercialized and that it has lost its charm. Maybe that is true, if you are a regular visitors for years, but for us, first time visitors, Oktoberfest was one of the best festivals, we have visited! Visiting the Oktoberfest is for sure something everyone has to do at least once in a lifetime. I must admit, I am still murmuring some of the German songs, which everyone in the tent were singing. If you were listening to this from the outside, you thought you are on some important basketball or football game. Next time we will know all the songs by heart as well – now that will be fun!