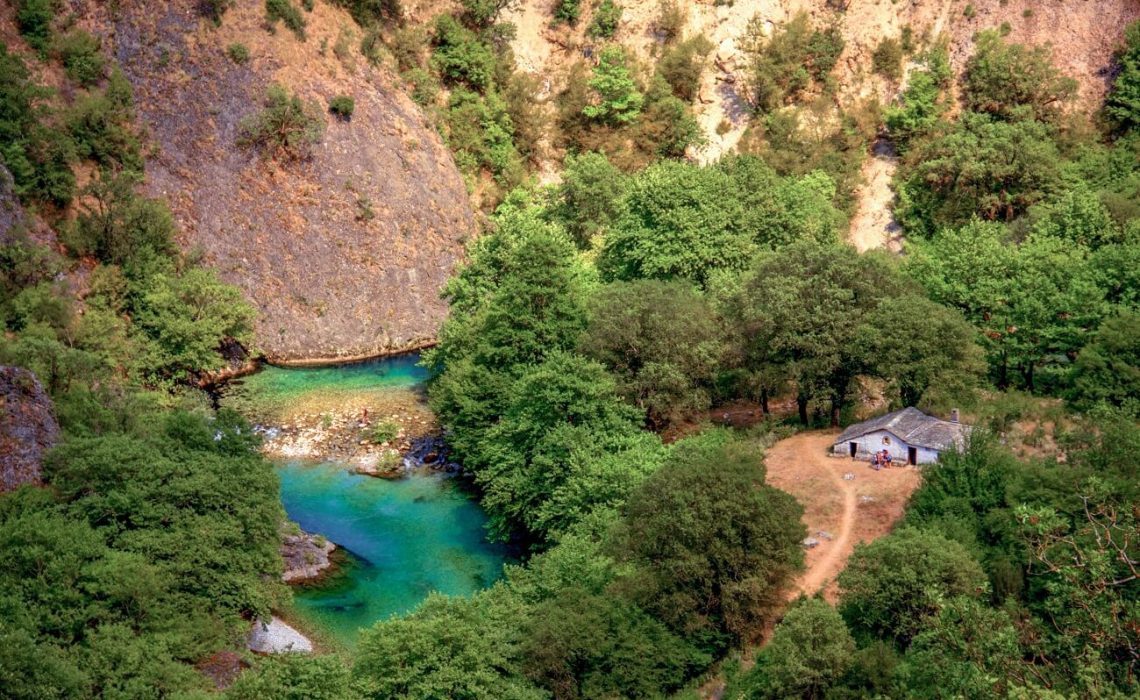 Did you know that you can find one of the oldest, if not the oldest, Greek sanctuary in Northern Greece? Some compare Dodoni ancient ruins to the most famous one in Delphi.

To get some of the local feel, stop at the cute fishing villages at the Ioannina / Pamvotida Lake. You can even take a boat ride to its island with a monastery.

You will find 46 small traditional villages called Zagoria in Northern Greece, which sure are great to wander around and admire the traditional stone-houses and cobbled streets. To reach them, set at 1000 meters above sea level, you’ll be able to drive up on the amazing zig-zag road – perfect for bikers too.

We really enjoyed a stop at the natural pools Papingo, even though we did not bring the bathing suits with us – we found these piece of paradise by coincident and really enjoyed it.

The whole area of Northern Greece is hilly and you will not be missing scenic roads here. Drive over the Katar pass, connecting Ioannina /Pamvotida Lake with Meteora – the highest point is at 1690 meters above sea level.

Metsovo is a cute and easy going village, where you can stock yourself up with some great local cheese and salami. The area around Metsovo gets pretty busy during the winter, as you will find Greek ski-resort here.

If you are traveling to continental Greece, you should never miss visiting the famous and amazing Meteora. The place is still one of our best travel destinations. The tall rocks on top of which you can find monasteries sure does look like outside of this world.

Not far from the Vergina town once lied the first Macedonian capital, so no surprise the great royal tombs were found there. The most known is the tomb of the king Philip II, father of Alexander the Great. Being a history freak, I really enjoyed the place and I would recommend it to everyone.

You will find plenty of other interesting things to do and tourist attractions in Northern Greece, so traveling there should really not be a question. Not to mention the area gets little tourists, what is even better to enjoy it and get to know the local life.

You can also joint traveling around Northern Greece with a holiday break – the closest destination is the Chalkidiki. But if you’ll be stopping at Thessaloniki too, you might consider visiting the Thassos Island. If you’ll end the tour around Ioannina / Pamvotida Lake, the Lefkada Island is not too far from there either.