8 best things to do in New York City with kids 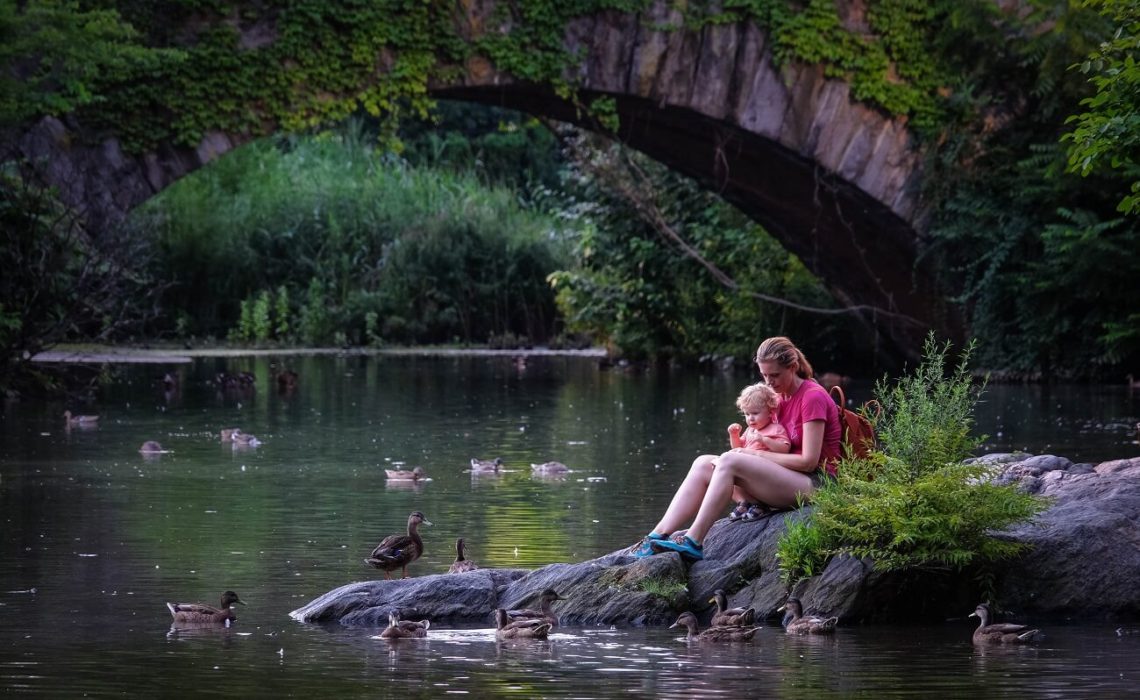 We traveled to New York City with our 19 months old son and I am still wondering who had more fun exploring the city.

One of the best things to do in New York City with kids is to stop at their parks and playgrounds. There are many of them. We used them every single day, as Ren loved it there and so did we.

Playgrounds are very nicely done and if you’ll be traveling to New York City with kids during summer, you will wish to be young again. Lots of playgrounds have special water areas with many sprinklers and other water activities. We really enjoyed the playground at the Pier 25 and Pier 51 along the Hudson River. We also stopped several times at the James Michael Levin Playground in the Central Park. Don’t forget on the traditional carousels and feeding ducks at the Central Park.

There are of course many other playgrounds too, but we were more fond of the smaller ones. But in general the playgrounds and kids areas are very well maintained. Spending our time in Manhattan and Brooklyn only, we only were able to see and experience those.

Classical carousel (Things to do in New York City with kids)

Nice playing areas should also be found in Botanical garden and Prospect Park – both in Brooklyn, but we did not visit that.

New york City is big and that is why there are three ZOOs which you can visit. One is set in the Central Park and two others can be found in Brooklyn and Bronx.  We did not visit any, but it is said the best one is the Bronx ZOO. There’s a donation Wednesday in the Bronx Zoo, so you can get in for only 1 USD, but expect to be crowded.

Instead of visiting the ZOO, we rather decided to visit the Aquarium at Coney Island. It was not the nicest one we have ever sine (our favourite one for now can be found in Valencia, Spain), but Ren enjoyed it a lot – especially the sealion show and the big shark tanks.

To avoid the crodws be there as soon as it opens. But if you are traveling to New York on a budget, have in mind that you can get in the aquarium for free every Wednesday after 3 pm. Prepare for crowds if you will be there during the free opening hours.

Brighton beach (Things to do in New York City with kidss)

But if your kids are a bit older than our son, there are many great museums to visit – one of the most popular one is also the Intrepid Sea, Air & Space museum. There are also many special museums made specialy for kids.

Views towards the city

Visiting an observatory deck would definitely be one of the best things to do in New York City with kids or without them. Traveling with a 19 months old son, we rather decided to enjoy the views towards Manhattan from the boat and from the Brooklyn area and that is not just because both were complitely free of charge and in our opinion, it was one of the best fun things to do in New York with kids.

Ferry ride (Things to do in New York City with kids)

I think all kids enjoy boat rides, so make sure to do one when you are traveling to New York City with kids. Go for the free Staten Island ferry, which offers also great views over the Statue of Liberty.

Being based in Slovenia, where we don’t have subways, Ren really enjoyed seeing the trains. Luckily for him, we used the metro every single day, as that was also the fastest and the cheapest option to travel around New York City. Read more about using the metro in New York City with kids here.

One of the most popular things to do in New York City with kids should be a visit to the Governor Islands as the place is very well known for its playgrounds. There is even ice-skating in the summer available.

You can catch a free ferry ride to Governor Islands from south of Manhattan during the weekend until 11:30 am. Don’t forget to enjoy the views over Manhattan and Brooklyn during the boat ride.

Traveling to New York City with kids offers much more things to do than the above ones, but one week in New York City is just too little time to see more, so we wrote this blog posts only about things we did with our little traveller.

Some useful travel tips for New York City with kids

Using the subway, note that just a few metro stations have an elevator and you will need to carry the baby stroller down the stairs most of the times. There are emergency exits available, which you can use to go inside the metro area with the stroller – one of the parents goes inside of the metro first, stamp both adults and let the other one in. Read more about using the subway in New York City here.

If you are traveling to New York City with kids, your best bet is choosing a hotel or accommodation with kitchen. The food in restaurants is not cheap, so we prepared our meals »at home«. We first wanted to book something through Airbnb, but traveling to New York City in August, Airbnb outside of Manhattan was even more expensive than a hotel on a good location in Manhattan. But luckily we have found the Q & A residental hotel. It is not the cheapest one, but it has extremely large rooms (especially comparing them with other hotels in New York) and fully equiped kitchen. One of the benefits comparing it to Airbnb was also its 24 hours front desk, as we arrived at the hotel at 1:30 am. Q & A hotel also has a great location, as it is just a block away from the subway station, which brings you all the way to the JFK International Airport (in combination with AirTrain). You can read a review about the Q & A hotel here.

You can find cheaper hotels in New york City if you go outside of Manhattan, but have in mind to choose them close to a subway station, as just the ride to all the major sights will take you a while.

New York City on a budget

If you are asking how to do New York City on a budget, check out some of our travel tips here.