Visiting Trieste? Take a walk on the scenic Napoleon’s Road 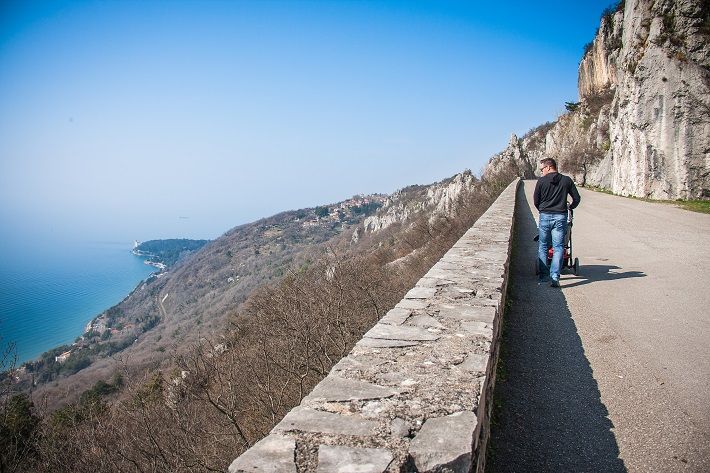 If you are stopping in Trieste, while traveling around Italy, like scenic paths and walks, we have something right for you. Just above the city of Trieste lies a small town Villa Opicina. 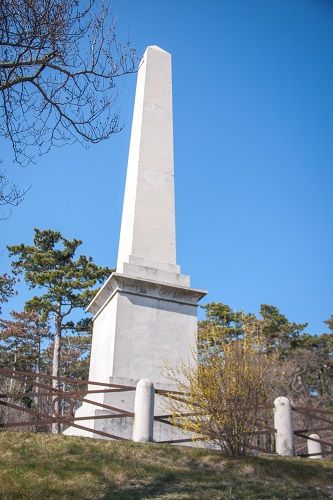 The obelisk is the starting point of the Napoleon’s road

Reaching the top of the steep hill, coming from Trieste, you will see an obelisk on your left side, where this scenic Napoleon’s Road (Italian name is Strada Napoleonica) begins. 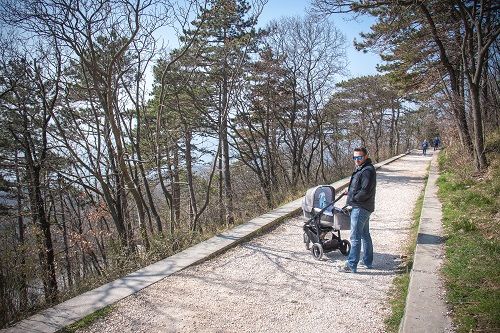 The Napoleon’s road is 3,2 kilometres long

According to a legend the Napoleon’s road was opened by Napoleon’s troops when reaching Trieste on 23rd March 1797. But the official name for the road is Vicentini’s Road or in Italian language “Strada Vicentina” – after the engineer who planned the course of a carriage road in 1821. The plan was to link the town Proseco to the Karts plateau in Trieste, but this was never realized due to the lack of money. 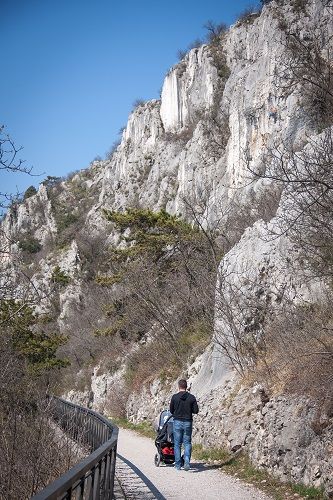 Napoleon’s road is perfect to enjoy some sunshine

Nevertheless the road is now a gorgeous and peaceful walking path, linking Villa Opicina to Proseco, offering amazing views down to Bay of Trieste. On a beautiful sunny day the Napoleon’s road is full of local walkers, joggers and even cyclists. 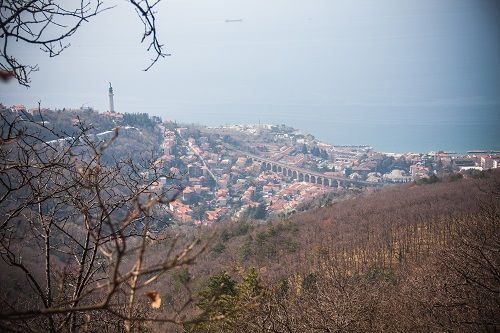 Views down to Bay of Trieste from Napoleon’s road

The Napoleon’s road is made out of macadam, so when we were there with our baby boy Ren, it was quite a bumpy ride for him in his stroller (we would recommend you to do it with a baby carrier instead of the baby stroller). We took it slow and being there in the middle of March, we were also able to find some wild asparagus for dinner along the way. Perfect! 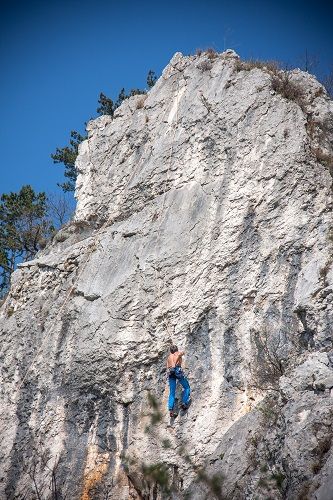 Observing climbers along the Napoleon’s road

Reaching almost the end of Napoleon’s road you will see climbers practicing or doing more demanding ways on the cliffs along the way. There’s even a view towards the Miramare castle, which can be found in the vicinity of Trieste and is also a great place for a visit. 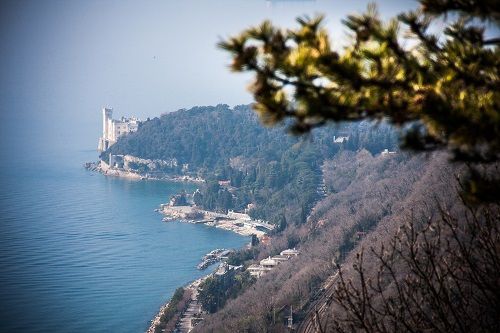 It was nice to walk on the Napoleon’s road – the combination of nature, peacefulness and stunning views was worth doing the trip. So if you are looking for some local feel when visiting Trieste, make sure to do a stroll on it too. 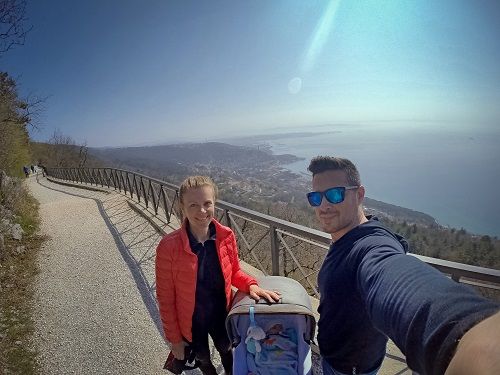 If you are based in Trieste you can take a taxi or a bus to the Villa Opicina town.

The Napoleon’s road, starting at the obelisk and ending at the town of Proseco, is 3,2 kilometers long. You can do a circle and taking the other trail through the forest back, but not being suitable for baby strollers, we returned back the same way.

Traveling with kids, you might consider taking some snacks and drinks with you, as there are non-available until reaching the Proseco town or of course in the Villa Opicina.