17 best things to do in Naples 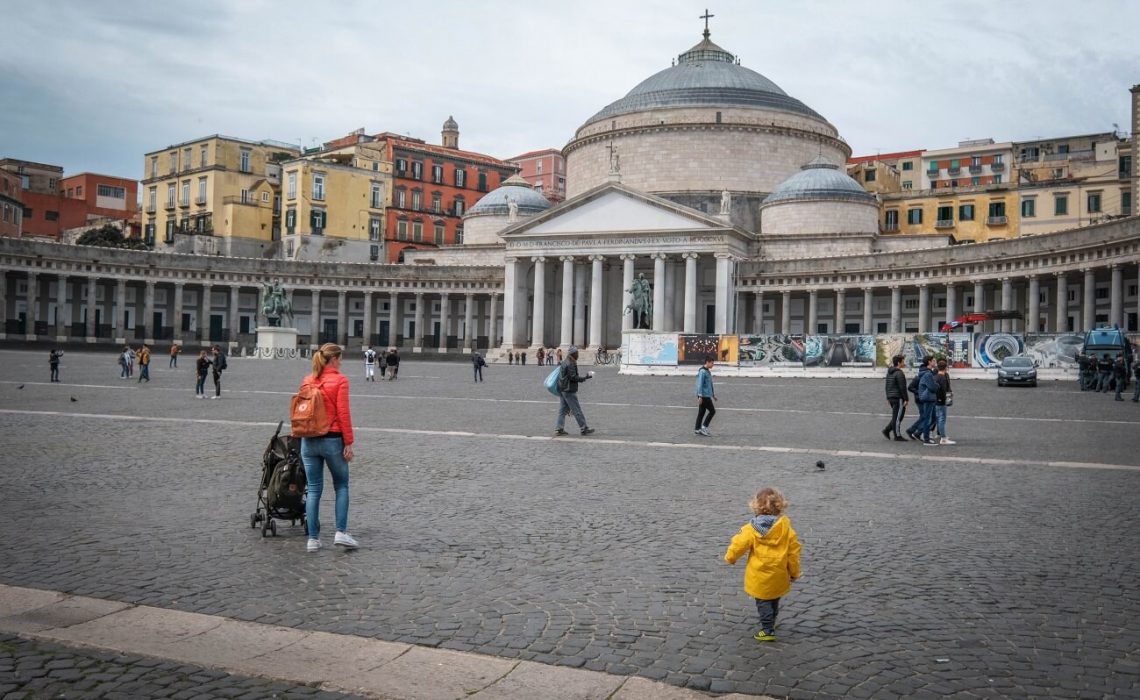 Things to do in Naples are so many, you can stay in this Italian city for days. Unfortunately, most of the visitors visit Naples for one day, see the busy streets in the old town and think they got the feel for the city. They could not be more wrong!

17 best things to do in Naples

1. Walk around the busy streets in the old town of Naples

Most people visit Naples because of its picturesque, narrow, cobble stone streets in the old town. If you are one of them, you will sure get to know its loud and chaotic vibe, which actually works. One of the best things to do in Naples is getting lost wandering around it sold town, but do make sure not to miss few most famous streets like Spaccanapoli (Naples splitter, which divide the old and new town), San Gregorio Armeno (the street where you can buy nativities all year-round and feels like Christmas) and Via Toledo (busy streets with full of cafes, restaurants and shops selling gelato and sweets).

2. Relax at the Spanish quarter (Quartieri Spagnoli) in Naples

It cannot get more local than the vibe in Spanish quarter so this is one of the must things to do in Naples. The Spanish quarter in Naples is popular for hanging out with friends and enjoy the dolce vita lifestyle, sitting in cafes and restaurants and watch the busy life around you with really picturesque scenes where old houses with balconies and drying clothes makes everything so much better.

3. See the metro stations in Naples

There are cities around the world, which are famous for its beautiful metro stations and many people put Naples among them too. If you are interested in that, check out the following stations: Toledo, Garibaldi, Museo and University.

Picturesque streets in the old town (Things to do in Naples)

Spaccanapoli – Naples splitter, which divide the old and new town (Things to do in Naples)

Spanis quarter (Things to do in Naples)

4. Buy the red chilies in Naples

If you’ll be wandering around the old town of Naples you will see many ornaments in shape of the red chilies. According to superstitions they are used to protect you from evil,. If you are looking for a good souvenir, buying the red chilies are for sure one of the most things in Naples.

5. Find the Pulcinella in Naples

Another interesting tourist attraction in Naples is the traditional city mask, which dated back to 1300. The Pulcinella mask present the happy side of life and positive feelings. You can find the statue of Pulcinella in via Toledo.

Traditional mask Pulcinella (Things to do in Naples)

Yummy delize – sponge cake (Things to do in Naples)

Lots of patiseries everywhere (Things to do in Naples)

One of the must things to do in Naples is trying its delicious food. Luckily, you can literally find it on every corner. Make sure not to be on a diet during your traveling to Naples. Check out here, which food in Naples you should taste.

Local beer (Things to do in Naples)

7. Churches and Chapels in Naples

Wandering around Naples and seeing numerous churches and chapels, you can realize how important religion is here. Did you know that the famous football player Diego Maradona has even its own chapel in the city, where his tears and hair are saved? You can find the chapel near at the Bar Nilo. So one thing is certain, Naples connects religion with football.

Religion is number one in Naples (Things to do in Naples)

8. Feast your eyes at numerous local markets in Naples

One of the best things to do in Naples is for sure visiting its local markets. You will easily see what kind of food they use and what will be served on your plates. There are lots of small local markets in the old town and one of the most picturesque are fish markets. Check out two – Pignia Secca Market and Porta Nolana market.

Colorful markets in the old town (Things to do in Naples)

9. Visit the castles in Naples

The city of Naples is rich with history and historical buildings; among which you can also find castles. We visited only the Sant’ Elmo castle, but seen the other two (Castle Nuovo and Castle Ovo) from the outside.

Castle Nuovo (Things to do in Naples)

Galleria Umberto I. (Things to do in Naples)

Mosaic floors in Galleria Umberto I. (Things to do in Naples)

10. Take a walk through Galleria Umberto I

The Galleria Umberto I is a shopping place, which got its name after the Italian king, who ruled during its construction. If you have already visited the city of Milan, you will easily notice similarities, as Galleria Vittorio Emanuele II in Milan was actually its inspiration. The Galleria Umberto I is also under UNESCO World Heritage protection. Even though you don’t plan to buy anything, a walk through is still one of the must things to do in Naples.

11. Enjoy the view over Naples

If you are interested in seeing one of the most populated city in Europe from above, take a funicular ride (or walk up) to the Castle Sant’ Elmo. There is an entrance fee, which you can avoid if you are happy with views underneath – in front of the entrance to the Certosa di San Martino monastery.

12. Get to know the life of Bourbon Kings

Not far from the Galleria Umberto I stands the spectacular Royal Palace, where Bourbon kings once owned. In front of it is enormous square – Piazza del Plebiscito, which is a nice change after chaotic and narrow streets of Naples.

Amazing views from Sant’ Elmo Castle (Things to do in Naples)

The Royal Palace (Things to do in Naples)

Royal palace with many statues (Things to do in Naples)

13. Take a look at Vesuvius from the coastal promenade

For many a trip to Vesuvius is one of the must things to do when in Naples, but if you are limited with time, there is another option. We also enjoyed the coastal promenade, which offered beautiful views over the Vesuvius volcano. Part of the promenade is closed for traffic, so it is really enjoyable to take time for lunch or dinner at one of its many restaurants. The promenade ends with a park, where kids’ playground can be found, what is quite a challenge in Naples.

14. Find some street art in Naples

Like every city, you can also find some street art graffiti’s in Naples. If you are interested in these kind of things, open your eyes when wandering around the streets.

Looking at Vesuvius from the promenade (Things to do in Naples)

15. Take the steps to the amazing Naples underground

If you ask us, one of the must things to do in Naples is also visiting the Naples underground. Actually, lots of people visit Naples for its underground world and coming to the city just because of that will not leave you disappointed. You can learn more about the life and burial sites in San Gaudioso and San Gennaro catacombs (one ticket covers both). We visited only the smaller, San Gaudioso catacombs, which were in use in 4th and 5th century BC and were really impressed. We have heard nice critics also for the Sotteranea and Galleria Burbonica.

Amazing catacombs San Gaudioso (Things to do in Naples)

If you will already be visiting the Castle Sant’ Elmo, don’t stop there. Take a walk around the nearby Vomero district, which will show you a totally new face of Naples. Streets in Vomero are wider, quieter, greener and you can even hear the birds singing. It is known as upscale neighborhood, so you can treat yourself in its many cafes, restaurants, pasticcerias and gelaterias. Or you can just shop ’till you drop. If you are searching for a bit unusual vibes for traditional Naples, wandering around the Vomero District is one of the things to do in Naples.

Well, like it or not, but during your exploration of Naples, you will also need to be careful about one thing – dogs’ poops. The old city center does not really offer parks and places, where locals would take their dogs out, so they are walking them around the busy streets, where dogs are doing their things… Unfortunately picking-up behind them, has not yet reached Naples, so mind your step.

We stayed in Naples for three full days and I believe this is perfect time to feel the city and get to know a bit about its local life, not just seeing few best known streets. After all, all the amazing things to do in Naples will make you busy for days.