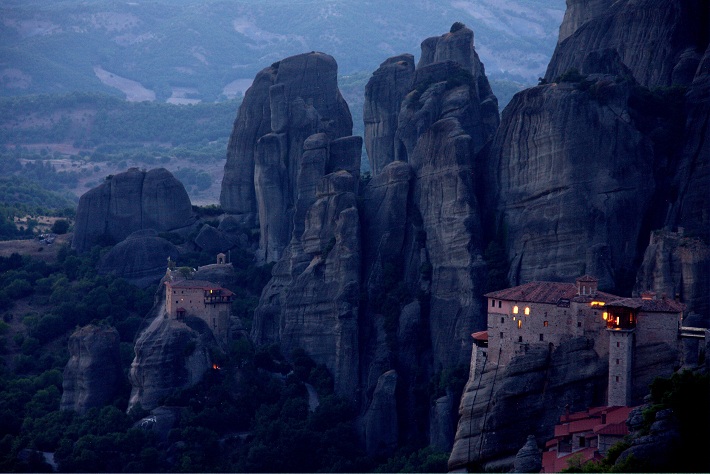 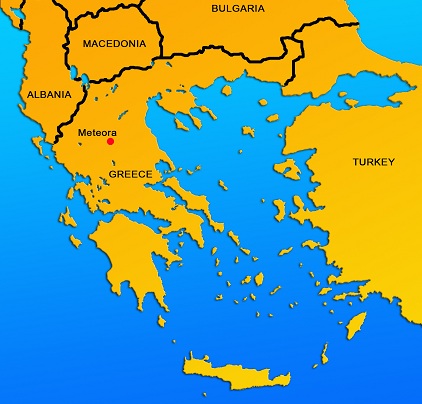 Meteora monasteries are one of the TOP places you should never miss, while traveling around Greece. The word Meteora actually means “middle of the sky” and when we put our eyes on the amazing monasteries, standing on top of the sandstone rocks pillars, we know the name for them describes them best! 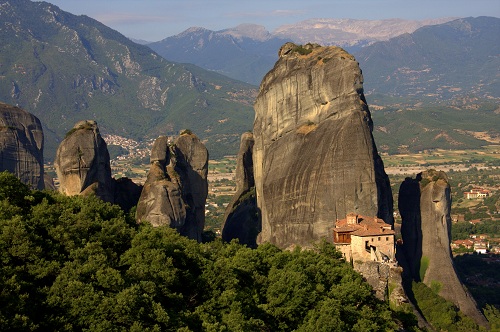 Meteora monasteries are under UNESCO protection

There are many scientific theories on how these sandstone rocks were made, but so far not a single one was confirmed. The fact is that the Meteora and its sandstone rock pillars impress everyone who comes to see them, but to top it off, the monasteries make everything so much better! The Meteora monasteries belong to the Ortodox church of Greece and after the Mount Athos, they are the second largest and most important of them all! 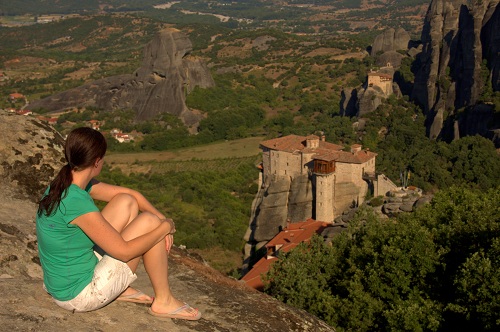 Take time for yourself and enjoy the views on Meteora monasteries

Throughout the history there were many monasteries here, but these days we can »only« see six of them. The Meteora monasteries were built in 14th Century and as a protection towards the Turkish occupation. Due to its location, they were never conquered and were perfect as a refuge. The only way to reach the monasteries was with long ladders lashed together or large nets. These nets were used to haul up people and goods and were changed only when they broke – ouch! 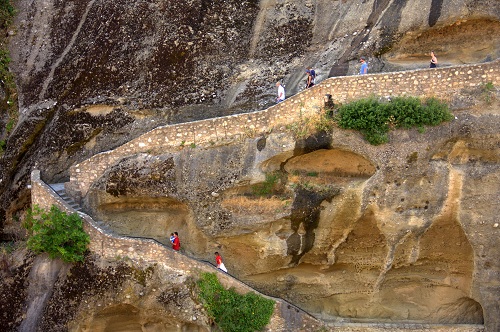 The Meteora monasteries are now much easier to reach and we can notice this best from the large group of tourist,which come here daily. The monasteries are connected with a wide paved road and there are rock staircases made to reach their entrances.

Nowadays there are still monks and nuns living in the Meteora monasteries, so if we want to enter, we have to obey a strict dress code – Men long trousers and sleeves, women ankle lenght skirts and long sleeves as well. If you don’t obey these rules, you cannot enter. But do not give up to fast- you can get all the necessary clothes at the entrance with no additional fee at all. The only costs is the entrance ticket, which is 3€/pp for each monastery. 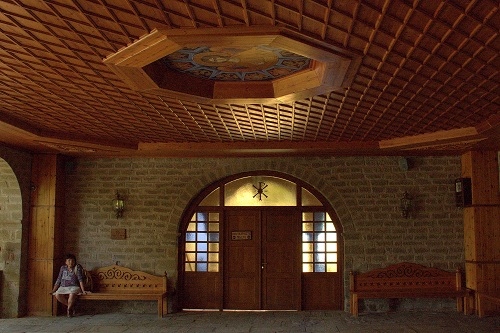 Inside of the Varaam monastery in Meteora

When being inside, photography is not allowed or is recommended asking first before doing it. While wandering around (some rooms are closed for tourist), you can see all the amazing museum displays like relics, icons, carved wooden crosses, manuscripts and other ecclesiastical treasures. Don’t miss out on the frescos in the chapels.

You will be very lucky to see any monk during your visit to the Meteora monasteries, as they try to avoid the curious visitors like myself. But nevertheless, visiting at least one monastery is a must when visiting Meteora.

If you are heading to Meteora monasteries during the summer, be prepared for a tremendous heat. I would recommend you to walk around early in the morning or late in the afternoon. Don’t miss the evening view on the sandstone rock pillars and lighted monasteries. It is like in a Harry Potter movie! 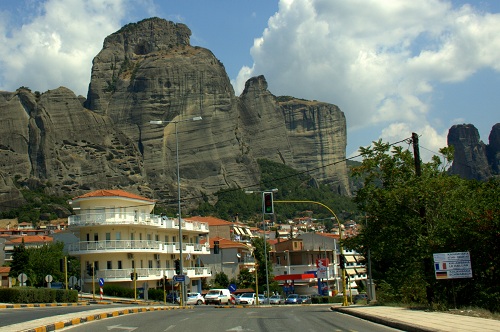 If you don’t like hotels or if you are traveling to Greece with your own vehicles, you might like camping places, which Kalampaka has to offer. I would recommend you the Vrachos camping, which is the nearest to the Meteora Monasteries from them all. This camping place is green, clean and has a nice little Greek restaurant, serving delicious food. 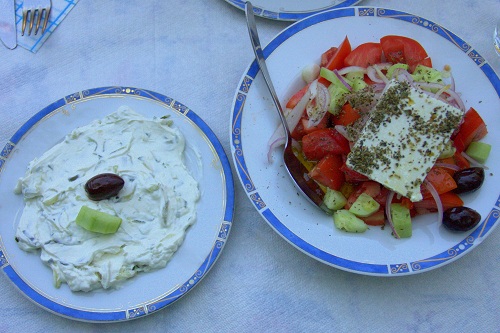 The camping place even has its own swimming pool with probably the best view ever – guess where? YES, while swimming you can rest your eyes on all the amazing sandstone rock pillars! Now tell me, if you could imagine anything better!