The night was full of thunder and lightning. It was raining like cats and dogs. We both agreed staying a night in a family run pension Kristal was a very good call. 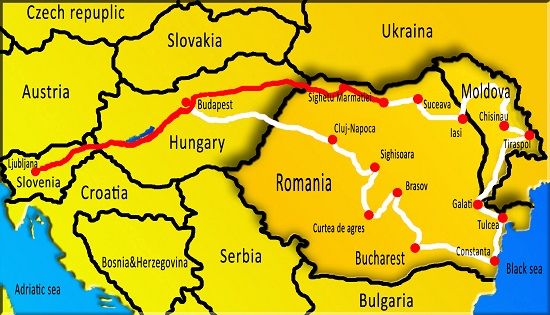 We got up early, had breakfast and we were already continuing our way to Viseu de Sus. The town is known for its Mocanita steam train. We reached the train station early, but the train was already ready and waiting for the visitors. The steam train ride takes about 2 hours and drive you to a narrow gorge. If you are lucky, you can even spot wild animals like deer and even bears. 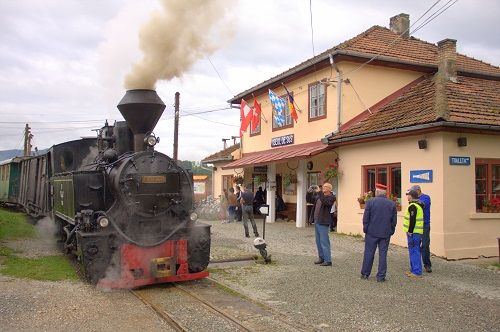 Sounds too good to be true, but yet we have decided we will pass this amazing adventure. Due to the stormy night the temperature was below 10°C and it was freezing cold and wet. Spending 2 hours on an open wagon was not something we were longing for. Talking this from the comfort of my sofa, we are now sorry to skip this rare opportunity of being able to drive on a steam train, but luckily Slovenia is not so far away from Romania and Simon has already been planning to go back for some off-roading around Carpathian Mountains.

Even though we had not decided to ride with the Mocanita steam train, we still wanted to see it in action. We drove a few kilometers along the rails and waited for it there. It was amazing! If you are doing a Romania travel with your kids, you should definitely put this steam train ride in your agenda. Kids will have a blast! Expect to pay 12 EUR for adult and 8 EUR for kids between 6-16 years. 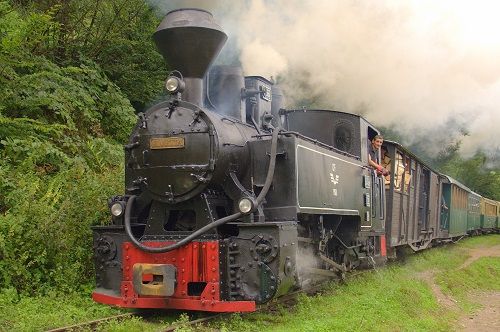 Before we reached the Merry Cemetery, we also made a stop in a charming town Sighetu Marmatiei, which lies at the Ukraine boarder. Few steps over the bridge and you are already in Ukraine. The Sighetu town is beautifully, but we visited it only because of its museum of holocaust. The museum’s building was once a prison for political prisoners, who were against Soviet Union regime. 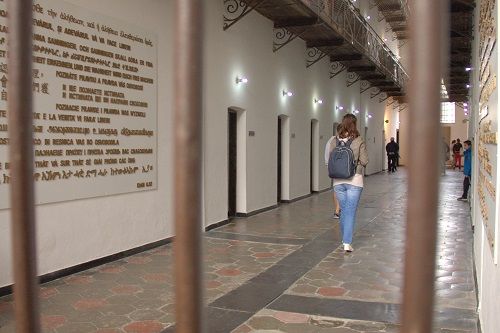 Even though the museum had information only in Romanian language, it still was a bit unpleasant to walk around it and seeing all the photos from the holocaust. I hope the museum will soon have some more information in English as all the people visiting it should know the history, so that nothing like this would ever happen again. 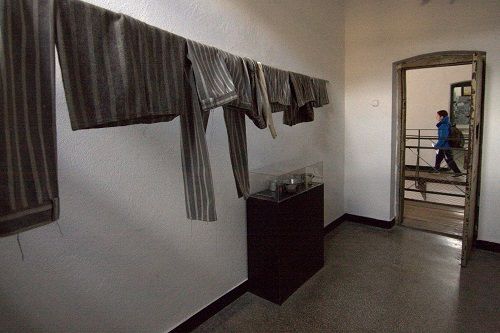 Our next and final destination before heading home was a small village of Sapana. The village would be nothing special if it hasn’t got the famous Merry Cemetery. Normally cemeteries are grey and feel a little bit unpleasant, but not Merry Cemetery. 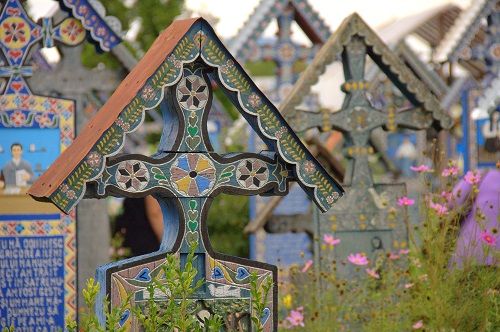 The Merry Cemetery has full of vivid colors and it is all about joy and positive vibrations. The wooden tombstones are colorful and each has a comic drawing with a story. Each story tells a life story of the deceased. 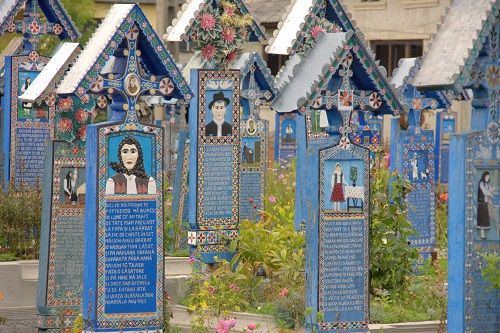 »Griga, may you pardoned be, even though you did stab me.«

»Here I rest and Gheorghe Pop is my name.
Like a handsome mountain fir
I was in my parents’ yard,
young and kind-hearted.
There were not many like me in the village.
When I finished the army
I bought myself a car
and the whole country I toured.
Many friends I found
many friends that were kind, the way I liked.
When I was to live my youth,
in the earth I rot.«

Before heading home, we indulged ourselves with our last Romanian lunch. Funny enough it was also the most delicious on our travel around Romania or it maybe just felt like it because it was our last. Is this even important? It was delicious and that was the best way to end this overland adventure around Romania and Moldova.