Maribor with kids – things to do and see 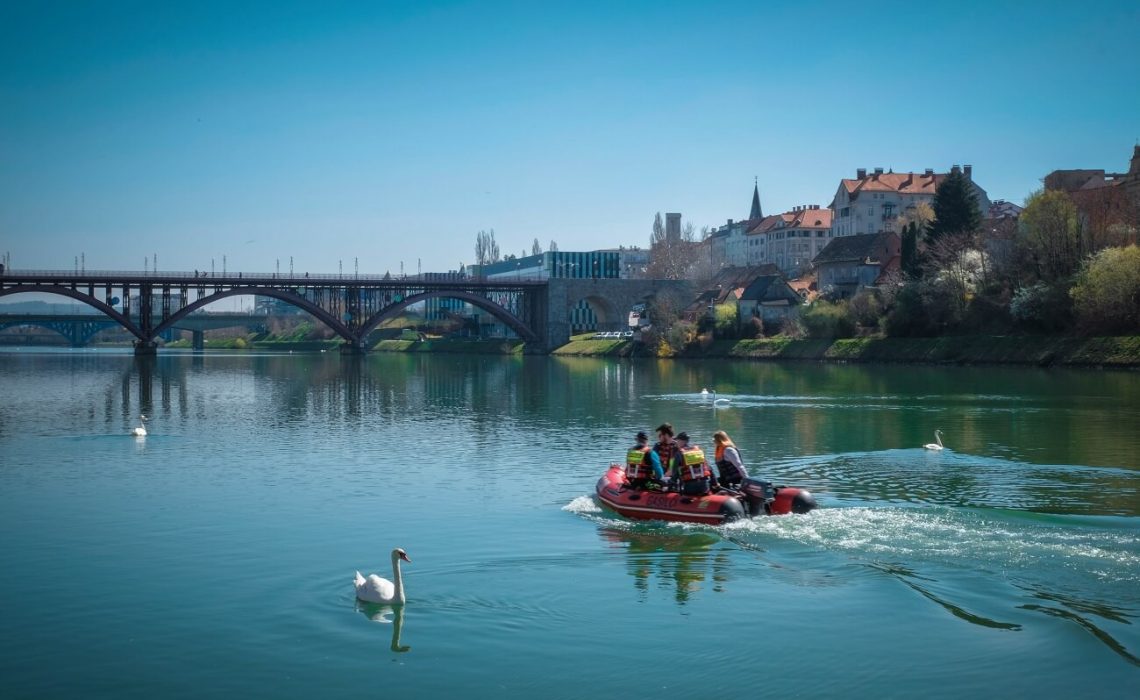 Traveling to Maribor with kids, the second largest city, has offered us much than we first hoped. The city is full of charm and wandering around its old city center makes you feel like being in a charming little town.

We visited Maribor as a family, so I could easily see, what a family friendly destination Maribor really is. If you are traveling to Slovenia with kids, I am sure a day trip to Maribor will not disappoint you.

7 best reasons why Maribor with kids is the perfect choice

A walk around the old city center is perfect for the whole family. The area is small, what makes it ideal also for young kids, who don’t really enjoy strollers anymore and rather walk all by themselves. Make sure to walk to the lively Lent along the Drava river, have a coffee in one of its many cafes on Poštna ulica (Post street), admire the church bell-towers and learn more about the past at the Plague Column – one of the most beautiful baroque monuments of its kind in Slovenia.

If you’ll find yourself in Maribor with kids, check out the children workshops at the manor Vetrinjski dvor. Lots is going on for kids there on Saturdays.

Every city has its park and Maribor has one too – it is called the City Park. Its main promenade did not change much ever since 1952. While it takes you up to the three ponds, your kids can run around careless and free.

The lively Lent (Maribor with kids)

The City Park (Maribor with kids)

The City Park (Maribor with kids)

The old square (Maribor with kids)

A visit to Maribor with kids or without them, it is always nice to observe the elegant swans and you have many of them on the Drava River, running through Maribor. During warmer months also a boat ride on the Drava river is possible, what is also a nice outdoor experience for kids.

What can be more thrilling for kids than trying different transportations. A ride with the cable car up to Pohorje mountain range is fun for the little ones for sure. You will be able to observe panoramic views over Maribor during the ride and at the top too. But Pohorje is mostly known for numerous hiking trails, so pack your hiking boots too and enjoy unspoiled nature.

Swans and the Drava River (Maribor with kids)

The Drava River (Maribor with kids)

A gondola ride (Maribor with kids)

Views from Pohorje (Maribor with kids)

Maribor and its surrounding is full of hills, offering nice views and short hiking trails for your little ones. Our Ren is only 2 years old and he managed to hike up to the Pekrska Gorca all by himself, enjoying the views, vineyards and small church on top. A little longer, but still easily reachable (estimated hiking time 20-30 minutes) are Kalvarija and Piramida – two hills at the City Park, also offering great views down the Maribor.

You can join a trip to Maribor with kids with swimming too. Maribor has a thermal water, good for different kind of health issues, so the pools have natural water temperature from 33 to 37°C. We enjoyed the pools at Habakuk Hotel.

Lots of hiking trails for young and old (Maribor with kids)

Enjoying the thermal waters in Hotel Habakuk (Maribor with kids)

I cannot help it, but now that I am a mum, I always see if a certain destination is kids friendly or not. Noticing all kinds of playgrounds and kids’ areas in and around Maribor, I can easily confirm, the city really is family friendly destination. If I compare it to Ljubljana and its old city center, where there are many cafes and restaurants, it is almost impossible to find a place with a kid’s corner – I sometimes get the feeling that kids are not even welcome there. But it was totally different in Maribor – many cafes and restaurants offered small kid’s corners, what really impressed me – Good job Maribor!

Besides the small kid’s corners, there are also some nice playgrounds – we really enjoyed the one in City Park and by the Cable car station / Habakuk Hotel. We also wanted to test the playground at the Drava Center, but the area was still closed for renovation.

Where to eat in Maribor?

We did a two-day trip to Maribor and we had two lunches outside – one at the restaurant Pri Mladi Lipi (not far from the cable car station) and one in the city center – Gostilna Maribor. We ate well in both places. Locals also recommended Nana cafe for brunch, but we only had coffee there this time.

Where to sleep in Maribor?

Maribor has several small hotels, but we stayed at the Habakuk Hotel, due to our collaboration with Slovenian portal Megabon Slovenia – offering exclusive coupons for hotel packages. Our package at the Habakuk Hotel included half board, unlimited use of thermal water pools (in the summer also outdoor pool is available), saunas and fitness.

We like the location of the hotel, as it was just steps away from the cable car lift, a nice kids’ playground and some cafes – good for quick bites too. The hotel is also just few kilometers from the city center, so it is also suitable for city exploration or for hiking at the Pohorje mountain range.

We really enjoyed the fact that the pools were not crowded even though we were there during the weekend. And the half board has lots to choose from (open-buffet) and the food was very tasty too.

Visiting Maribor with kids or without them – for one day long trip or maybe two days, I do believe you will not be disappointed over Slovenian second largest city. I actually live in Slovenia, but this was only my second time in Maribor – I was there for the first time 2 decades ago. I must say it sure was nice to make a change and come to Maribor instead of the popular and touristy Ljubljana. Not sure what did convince me more – the family friendly approach so that I could have a cup of coffee in piece, even though we had a curious son with us, or the fact, that the city looks like a charming little town. Nevertheless, I am certain, we will be visiting Maribor again soon.

Our video about Maribor with kids can be watched here.