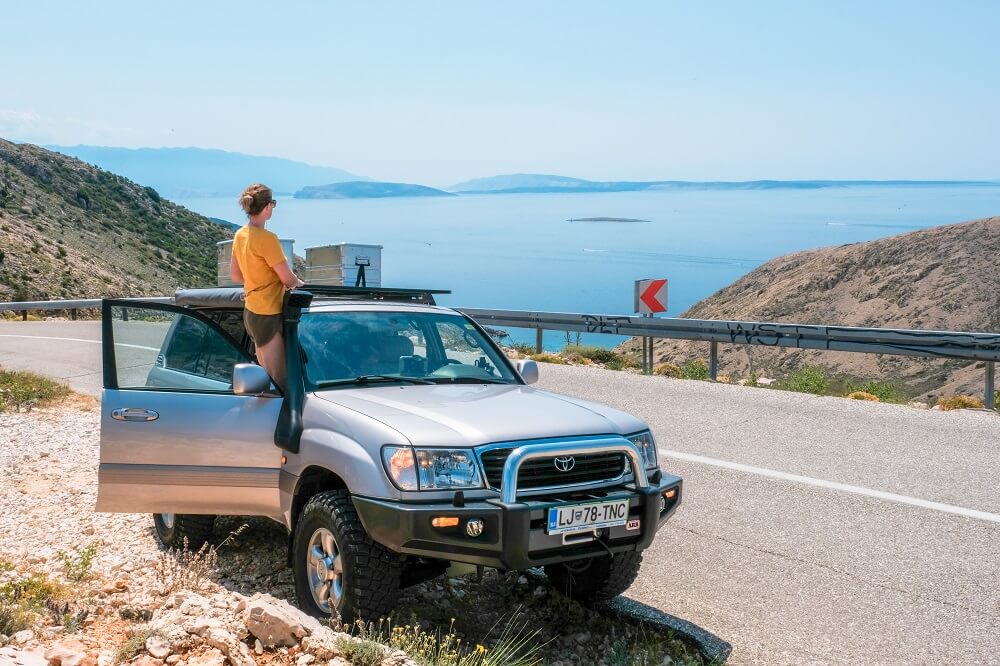 Krk Island is the second largest island in Croatia. It was long thought it is the largest, but recent measurements showed the first place belongs to Cres Island.

Most visitors found themselves on Krk Island because of their summer holidays and many of them don’t look further from its beaches. Big mistake! Krk Island is beautiful and full of surprises, so make sure not to miss some of the best and unique things on the island.

5 unique things you really have to do on Krk Island

Krk town (Things to do on Krk Island)

Vrbnik is one of the oldest towns on Krk Island. Set 48 meters up on the cliffs, it also looks spectacular. Wandering along its old streets is already picturesque, but many people are there only to find Klančić – world’s oldest street. Its narrowest part is just 43 centimeters wide, so not all can even pass it. You will also find many Glagolitic scripts in Vrbnik, so pay attention for those too.

Picturesque town Vrbnik (Things to do on Krk Island)

Wandering around Vrbnik (Things to do on Krk Island)

To all the hikers and outdoor enthusiast, you will love spending time on Krk Island and that is a promise. Krk island has several hiking paths (also MTB paths), where you will be able to maintain your physical condition and shape. Make sure to reach the highest peak – Obzova with its 569 meters of altitude, it offers some beautiful views on Kvarner. 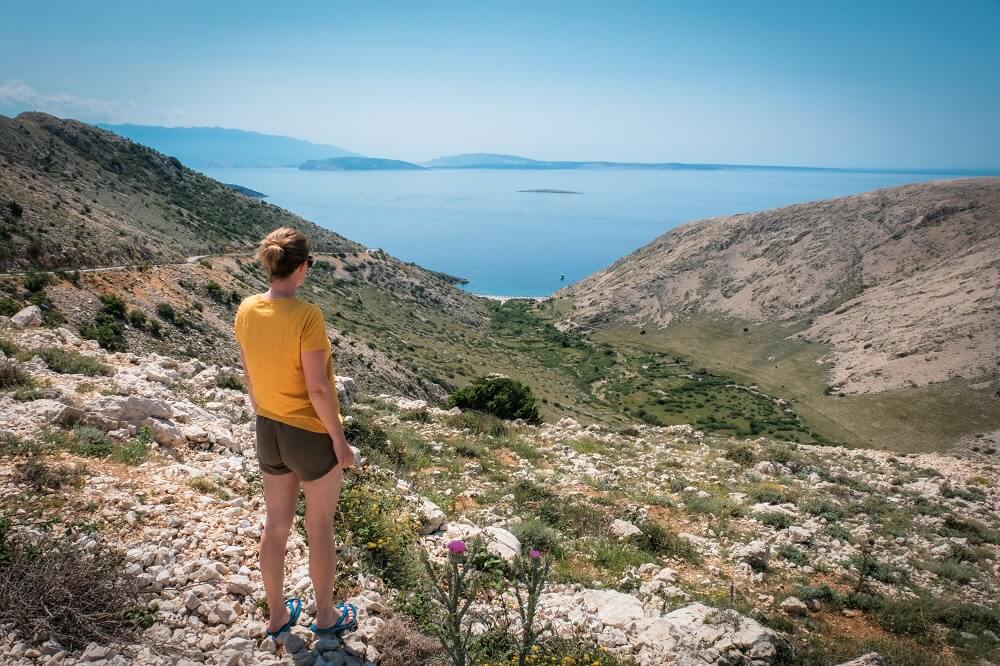 Enjoy in amazing views (Things to do on Krk Island)

4. Order šurlice – your taste buds will be grateful

It does not really matter why you will spend your summer holidays on the Island, one of the must things to do on Krk Island is trying šurlice. This special and home-made typical dish of the Krk Island is like a thick pasta with a hole in the middle. Šurlice comes with different sauces, but the most typical one is with a goulash.

Yummy šurlice (Things to do on Krk Island)

You will eat the best one at some agro-tourism or local restaurants. We enjoyed ours at the Konoba Molin in a small village Batomalj, near Stara Baška. You can also eat well at the homestead Dvori Svetog Jurja – it is not the cheapest, but very popular among locals and tourists. Make sure to book a table in advance.

Vrbnička žlahtina is a local dry wine, made out of autochthon grape žlahtina, which can be found around Vrbnik town, but is know all around croatia for its quality. You can enjoy in a glass of white or red wine, but you can indulge yourself with a glass of special sparkling wine, which matures on the sea bottom.

What about the beaches on Krk Island?

Most people visit Krk Island for its beaches and you will find many different ones there. One of the most popular is the one in Stara Baška, but if you are not settling for crowds, make sure to drive around the island for more. We really liked the Zala beach and being there with a 3 year old, the beach Sv. Marak was the place to be. It has small pebbles, almost sand and is perfect for the little swimmers to play or running along the water. Make sure to pack a sunshade with, as there is no shade.

Zala beach (Things to do on Krk Island)

Stara Baška beach (Things to do on Krk Island)

You will find all kinds of accommodation on Krk Island, but if you enjoy nature and want to spend your time outside, your best option is camping, which you will find many. We have stayed at the Ježevac camping ground, but still managed to see two others.

Ježevac camping grounds are one of the best on the island and with its perfect location, set just few minutes on foot from the Krk town, it is great to spend your evenings where the hustle and bustle is. The lots are big and most have shade and if you will be traveling with kids, you will even find playgrounds, animation (kids club) and kid’s pool, including slides, on the premises. There are also many mobile homes, if you don’t feel like spending the nights in a tent or RW.

If you will be spending your family holidays in a tent, you will for sure enjoy Škrila camping ground. It is smaller than Ježevac and the lots with tents have good shade. You will find a really nice beach for kids in the campsite. If you are looking for mobile homes, you will find some too.

Looking for a bit wilder feel? Glavotok camping site is the place to bee as it is known as a bit more natural than the others. It is still a nice one and because of the location, very popular among divers. The location is a little bit off the radar, but if you don’t mind driving around, you will love it here. You will also find some mobile homes to rent here.

Krk Island is a great choice for summer holidays, as it is connected with a bridge to the inland, has beautiful beaches, but also many other things to do, if you cannot be still during your break.

Video – Things to do on Krk Island during the summer break