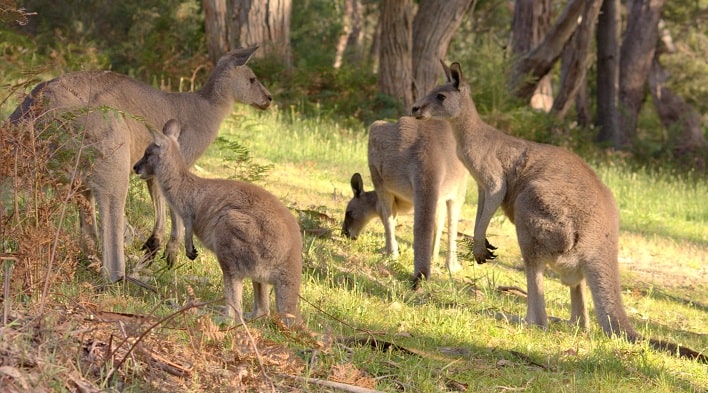 We did see some kangaroos in Port Stephens, but unfortunately they were so far away that even our zoom lens hardly caught them. The two day trip to the Great Ocean Road and Grampians national park was actually our last chance to see them, before heading back home. It was our wish, our goal… we just had to see them. We have heard that kangaroos can be spotted in Australia without an effort, but spending lots of time in Sydney and Melbourne, seeing any would be of course a big surprise. All we could do was having our fingers crossed. 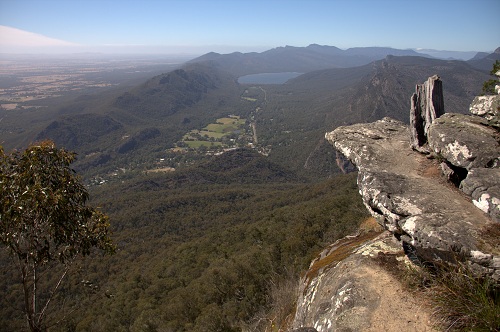 The Grampians national park is huge and its beauty is mostly represented by its amazing view points, hiking trails and nature in general. There is peace and quiet in Grampians – perfect for relaxation and to unwind from city bustle and hustle. 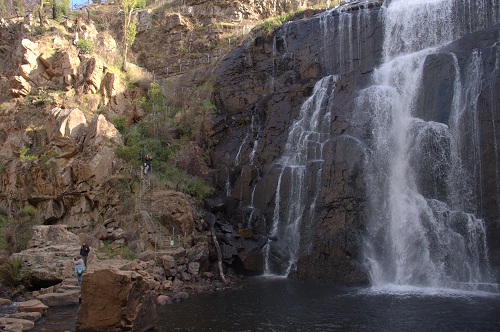 Most people who visit the Grampians, come first to a small town Halls Gap. Halls Gap became very popular as a tourist destination among Australians. That is also the main reason Halls Gap has so many accommodation possibilities. We definitely recommend you to stay at least one night here, to really get the right feeling for the place. 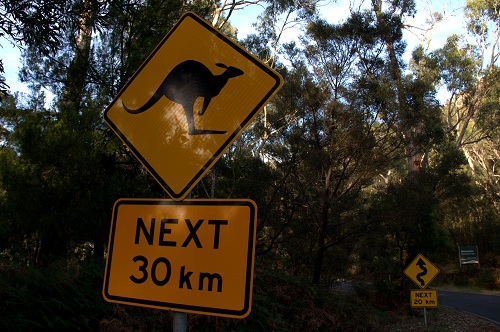 Even though we were tired from exploration of the Great Ocean Road and due to the fact we only slept for a couple of hours, it was still not hard to get up the next morning. Guess why? Yes, it was time for kangaroo spotting. Our tour guide took as to a clearing at the end of the town, where we did not need long to spot one, two, three kangaroos, bouncing all over us. Woohoo… Finally! There was a big, muscular adult kangaroo behind the bush and just close to it, was a shy baby boy. Everything we were hoping to see was just few meters away from us. The scenes did warm our hearts completely and I got tears in my eyes. We just stood there and watched…Not far from us, there was a boxing match going on, as two baby kangaroos were playing (fighting) like siblings normally do. To top it all off we were even able to see the cutes thing ever – mummy kangaroo and her baby, well protected in her sack. Could there be anything better? These were the scenes, we could easily watch for hours…. 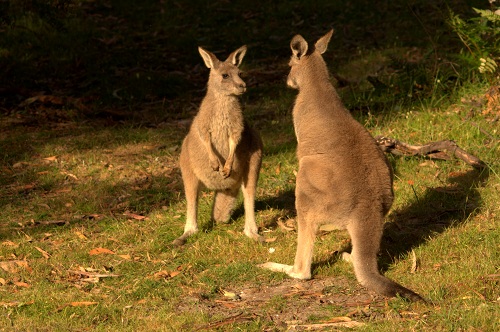 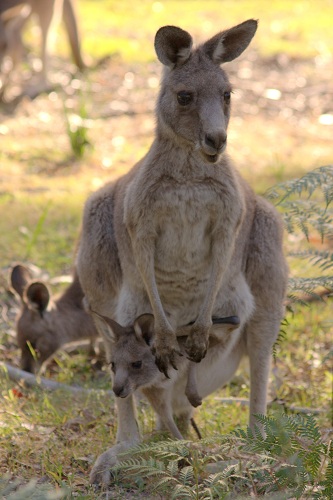 The first sun rays were mixing with a foggy morning day and the golden light was coloring the kangaroo’s fur… Am I dreaming… It is like being in a fairy tale. The world just stopped for few minutes and we were witness to a miracle. We were overwhelmed, happy and grateful that we were again able to see the power of Mother Nature. All we can say is – priceless!