City break in Linz – perfect in rain or shine 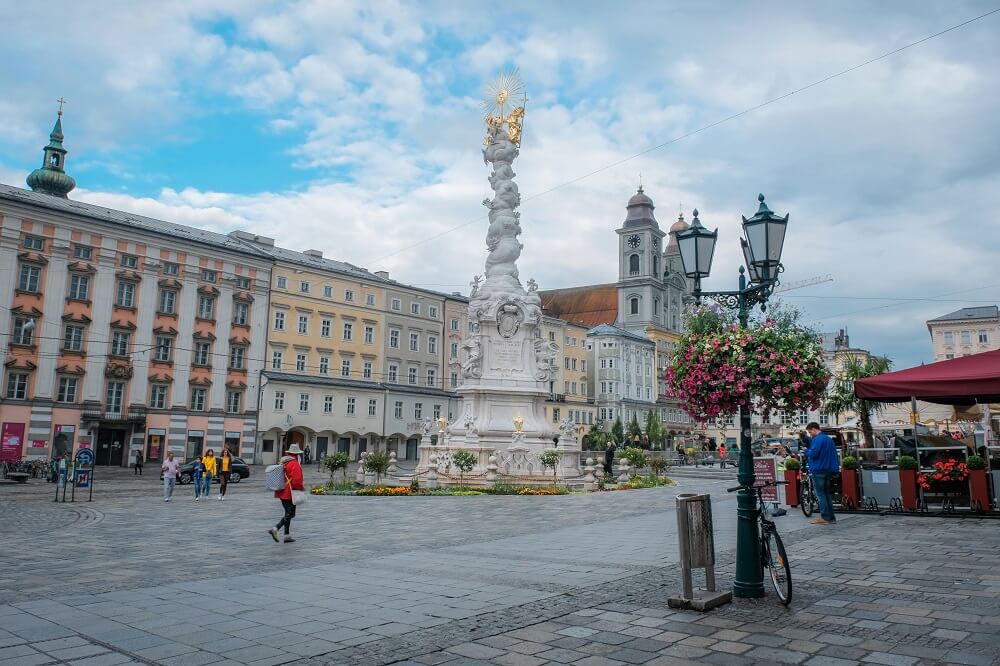 City break in Linz is not really done because of the history, as this third largest Austrian city, right after Vienna and Graz, is modern and contemporary city. In fact, Linz has been stated as the World UNESCO Heritage site as City of Media Arts.

Perfect City break in Linz and its best things to do

There are many things to do in Linz, which are exceptional, but even though, you should not skip its history completely. If nothing else, take a walk around its old city, which is extremely picturesque. You will probably start your city break in Linz at the main square, which is known as one of the largest enclosed squares in Austria. The square is most recognizable for its 20 meters tall monument of St. Trinity, which has been added to the square in 1923, as a gratitude act for protecting the city against natural disasters, fires, plague and wars.  Saturday mornings the square becomes a farmers market and in December a place for the Linz Christmas market, which is said to be well worth visiting. We were also impressed over the new cathedral Mariendom, which is known as the largest church in Austria. It can welcome up to 20.000 believers. It was finished in 1924.

Taking a boat ride on the Linzer

We really enjoy seeing a new visited place from a different perspective and that is why we have decided to get on board of Linzer. If just the weather would be a bit nicer, this is definitely one of the best things to do in Linz during your city break. The trip is 1,5 hours long and everything starts and ends at the Lentos – modern art museum.

Vibrant industry on the Danube River in Linz (City break in Linz, Austria)

Summer vibes along the Danube River

If you will do the city break in Linz during the summer, prepare yourself for a real summer atmosphere. Embankments of the Danube River, which has centuries been known for transport, transform into the city beach, where locals enjoy in sunbathing, coffee shops and restaurants.

One of the best things to do in Linz is a tram ride on top of the Pöstlingberg hill. The tram, which has one of the steepest railways in the world, will bring you just beneath the basilica, from which the best views over Linz can be found. Unfortunately we really had no luck with the weather during our city break in Linz, so instead of walking around the area, enjoying views and visiting the ZOO, we have decided to take the dragon-train ride into the underground. The Grottenbahn train has been a charming and inspiring dwarf world for decades. Passing the fairy tales scenes, you also find yourself in the middle of historical Linz at the end.

Basilica at the Pöstlingberg hill (City break in Linz, Austria)

The tram up to Pöstlingberg hill (City break in Linz, Austria)

Step into the future in Ars Electronica

City break in Linz will show you how contemporary the capital of Upper Austria really is. A visit to the Ars Electronica, where you will be able to interactivly use the artificial intelligence, will enable you to see the future from in a new way.

Linz has several really impressive museums, which you might want to visit when it rains, but they are done so nicely, they should get your attention in good weather too. We have only visited the Castle Museum and were impressed over its nature, technology and culture collections, but if you have more time, don’t pass by some others too.

Everyone keen on modern art, make sure not to miss the Lentos. You will also find Stahlwelt in Linz, which shows you the history of steel industry in Linz on a very unique and fascinating way. Linz has been an industrial city and the company Voestalpine is known as the world’s most important producers of steel. 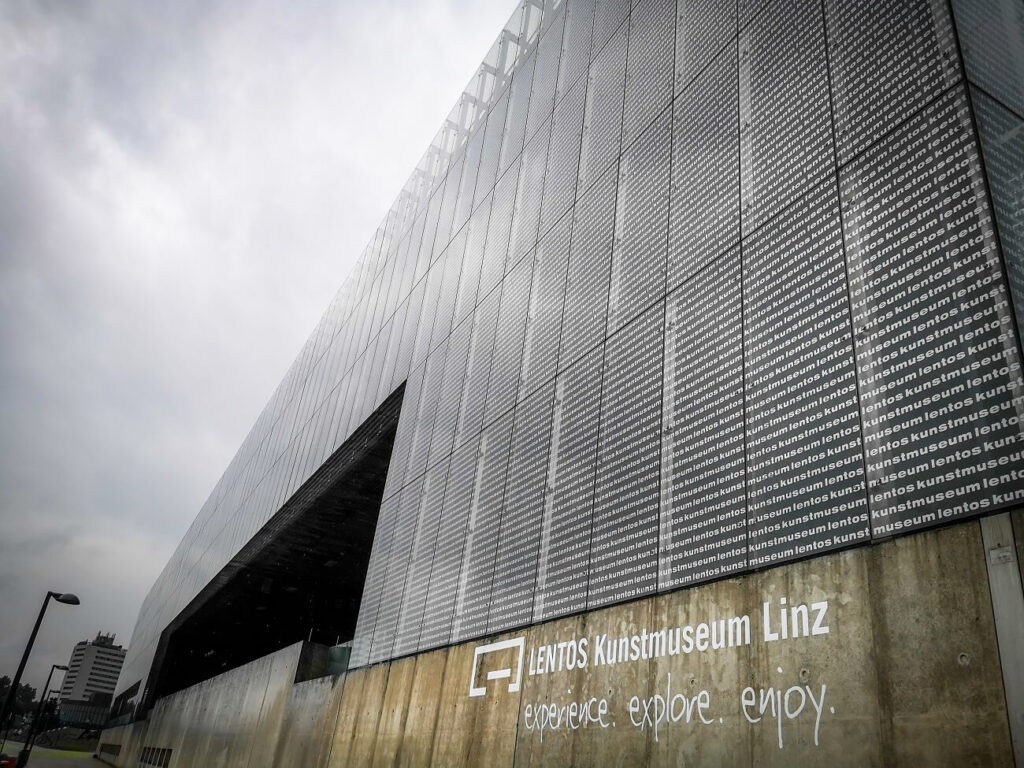 Enjoy the show in Music theatre

Apart from the steel industry, Linz has its softer side too. Its Music Theater is one of the most modern opera house in Europe, which was built in 2013. The theater is not just a place to enjoy opera, but musicals and dance shows too.

Linz is one of the best places to walk among the street art / graffiti. The Mural Harbor displays more than 100 diverse graffiti, which decorate the mighty industrial buildings. The only way to see the graffiti is booking a guided tour or take a glimpse of them from the Linzer boat ride. The gallery is one of the largest outdoor galleries of this kind.

Cycling paths along the Danube River

The Danube River is not just important transportation route, but along the river is a well known cycling path too. It will bring you all the way to the Danube Delta in Romania.

City break in Linz is perfect for families also because we can find many playgrounds all around the city. The locals like to say that the city is made for them and not for tourists, even though they use the facilities too. And you can really feel its local feel there.

The Jandvik coffee shop and bakery is a place where you can still get the traditional Linz cake. However the very first written mention of the Linz cake is already set in 1653 and the oldest recipe found originates from a 350 year old cook book. It is said that the Linz cake is a mixture of hard industrial life and exotic spices coming to Linz on the Danube transport route. The cake is extremely filling, but at the same time it brings you to the Christmas times – it includes hazelnuts, cinnamon, cloves, red currant jam and almonds for decoration. Tasting it is definitely one of the must things to do in Linz.

A must thing to do is taking it hme as a souvenir (City break in Linz, Austria) 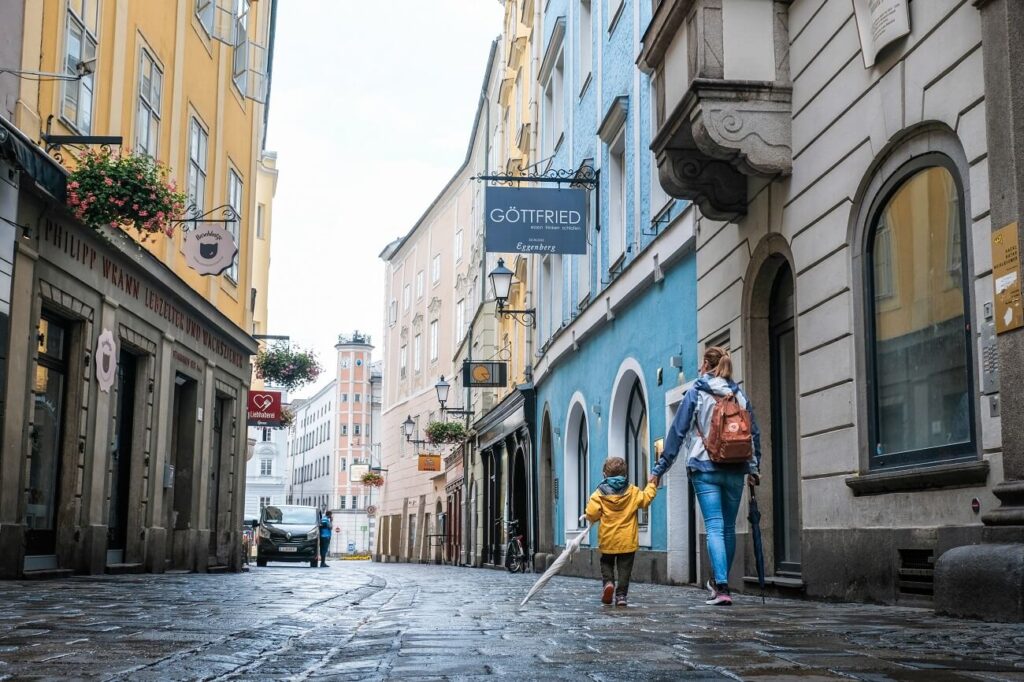 Wandering around and shopping (City break in Linz, Austria)

Quick travel tips for the city break in Linz

Where to sleep in Linz?

Linz has many hotels, so you will be able to choose among different budgets and styles. We stayed at the Arte Hotel Linz, which is just steps away from Ars Electronica and the new city hall. The location is also perfect to visit the old city center on foot as it is just a bridge away. You can find more about hotel here.

How to explore Linz?

We walked all over the old city center on foot. The only tram ride we took is the one taking us up to the 539 meter high Pöstlingberg hill. Linz, on the other hand, is very well connected with trams, if you would rather walk less. Many people visit Linz by bicycle as well, after all the Danube cycling path runs through it. That is also why bicycle is a great way to explore the city.

On foot, by tram or by bycicle (City break in Linz, Austria)

Where to eat in Linz?

The city break in Linz should not be done without the popular snack at the Leberkas Pepi. The snack is actually some sort of meatloaf sandwich if you choose the classic one. There are several other varieties too, from adding spices, cheese etc.

If you are looking for a traditional meal for lunch or dinner, a very popular place, also among locals, is the Promenadenhof restaurant. We have eaten well at Lentos restaurant too.

If you will be doing the city break in Linz because of sightseeing, the Linz Card will come very handy. Many museums, including the Castle Museum, Ars Electronica, Lentos, ae free of charge with the Linz Card. You also get many other discounts with it (Mural Harbor guided tour, Grottenbahn, Zoo). The use of public transport on the Linz AG line is free of charge too.

The Linz Card is available in three different varieties – 24 hours, 48 hours and 72 hours. The 48 hours Linz Card has included the free ride up and down to the Pöstlingberg, when the 72 hours Linz Card gets you a 5 EUR worth voucher for partner restaurants, including Leberkas Pepi and the Promenadenhof.

View to the Castle Museum (City break in Linz, Austria)

Panorama from the Castle Restaurant (City break in Linz, Austria)

The old city center and the main square (City break in Linz, Austria)

Our city break in Linz was a bit stunted due to bad weather, but honestly, I cannot even imagine, how beautiful the city would look in the sunshine, as we already fallen in love with it completely.

Check out the video of our city break in Linz here.