Burj Khalifa – the tallest building in the world 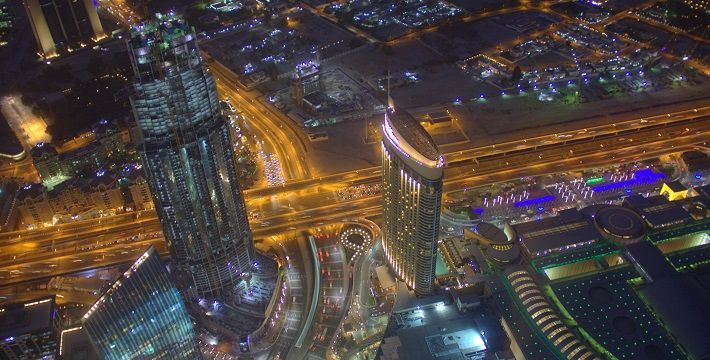 Simon had only one wish for Dubai – he wanted to visit Burj Khalifa and its observation deck. My own list was endless, so a visit to Burj Khalifa was a small think to do for him. 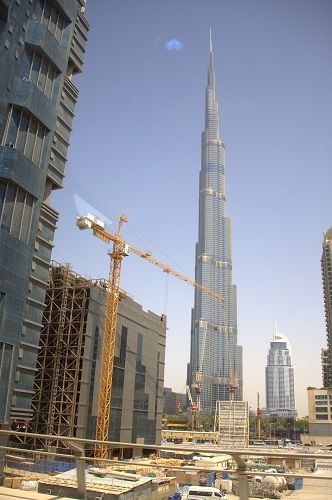 Visiting Burj Khalifa observation deck is not a picnic, at least not when we see the prices to go up. The cheapest way to buy the tickets is online. Have in mind you need to buy them for precise date and hour. 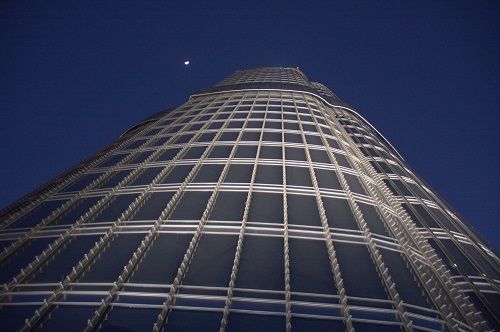 There are two different observation decks at Burj Khalifa – one is on the 124th floor and the other on 148th. Higher you want to go, more expensive everything becomes. 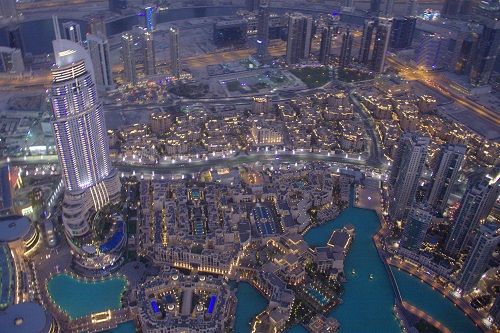 We knew that 148th floor will be too much to handle (120 EUR/pp), so we decided to visit 124th floor. Our »mistake« was to choose the best possible hours and made the visit of Burj Khalifa during the sunset – peak hours. Instead of paying 35 EUR/pp, we ended up with 50 EUR each. Pretty expensive, but hey, it is the world’s tallest building after all. 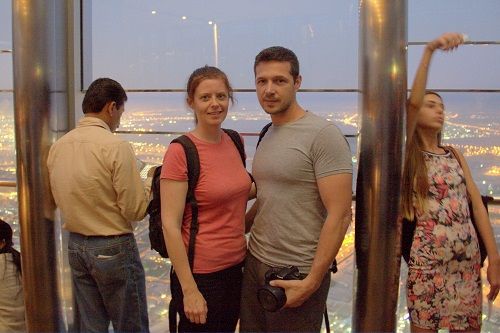 A starting point for Burj Khalifa observation deck can be found in the world’s largest shopping mall – Dubai Mall. At the end of the Burj Khalifa tour, this was also a great base to visit impressive Dubai Aquarium. 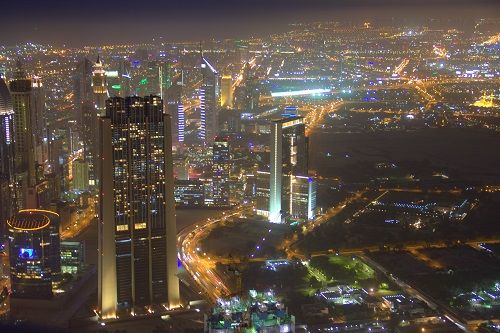 We got our online Burj Khalifa tickets from a self-service machine and the adventure begun. We stepped in the lift with a bunch of other people and we were up in the 124th floor in no time – the elevator’s speed is 10 meters per second. Reaching the top, we were shocked. There were crowds of people – all waiting for the sunset and night views from Burj Khalifa. 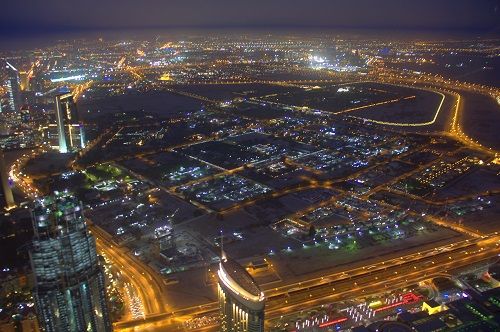 The Burj Khalifa observation deck is made out of two parts – inner and outer. The views are amazing from both, but the outer observation deck is a bit more appealing. It is hard to believe that only 50 years ago, Dubai was just a simple small fishing town. 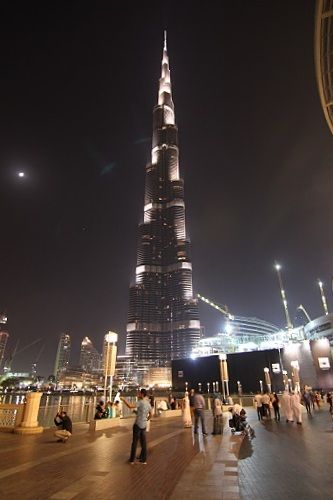 Burj Khalifa is a true symbol of Dubai, the modern city. If you are not up for reaching the top, you should at least see it from the ground. It is truly an architectural masterpiece.