Bucharest – the capital of Romania

Many travelers think that travel is not perfect when skipping the capital city, but for us, capital cities are many times completely overlooked. Sometimes we just prefer nature over concrete, and when you are lacking time, compromises have to be done. Well, even though we were rushing threw Romania, we still have managed to stop at Bucharest – the capital of Romania. 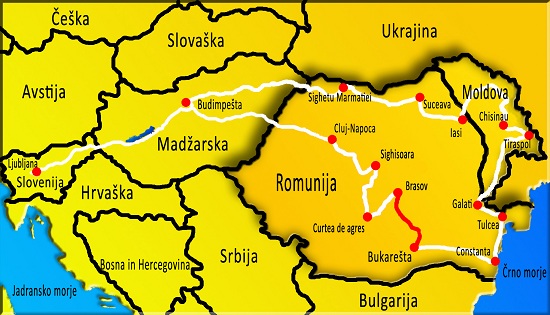 We reached Bucharest late in the afternoon, overwhelmed with the wilderness of Carpati. I guess if we would not have had a booked room in Bucharest, we would skip it and just continue our way. Luckily we didn’t and were able to explore this large city, which has so many inhabitants as our whole country Slovenia – 2 millions to be exact. 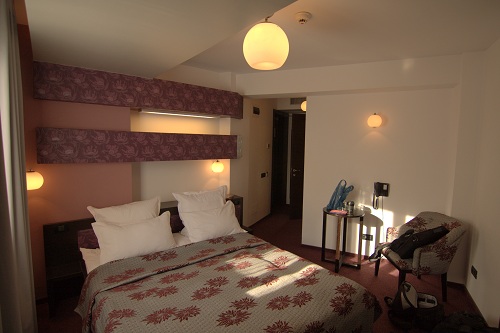 Traveling by car has its benefits, but as well some negatives, as many times finding a hotel with parking in the city center is hard. That was the case here in Bucharest as well. Our hotel Ambience was about 4 kilometers from the old city center, but the room was nice and the price was fair. As soon as we made check-in, we went exploring. Our TOP priority was the most famous sight – The Parliament Palace, which is the second largest administrative building in the world- right after Pentagon. 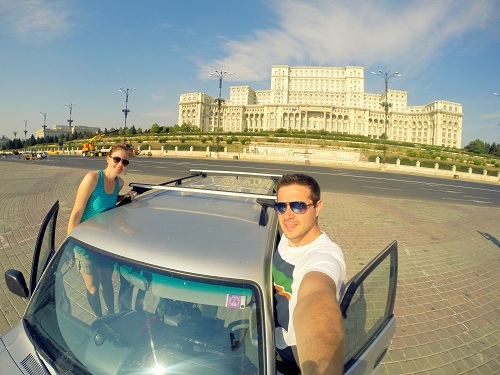 The palace of parliament is huge indeed! Its size is 270m by 240m and has 12 storeys and four underground levels, including the nuclear bunker. There are 1100 rooms in the building, but only half of them are occupied. The interior is bustling in marble and gold leafs. But showing off did not succeed completely – the palace of parliament should have 11.000 chandeliers, but it has now “only” 4.500. 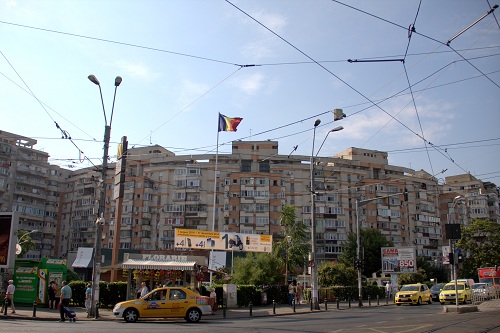 The capital of Romania is Bucharest with 2 million inhabitants

The palace of parliament can be seen from outside and inside, as daily guided tours are organized. Unfortunately we did not attend any, so we have a good excuse to return to Bucharest one day again. 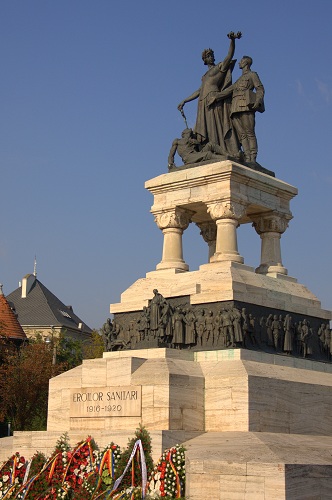 Before we visited Bucharest we read a lot about stray dogs, as being one of the major problems of the city. But to our surprise there were none to be seen. Ok, there was one, but that was it, even though we made about 10 kilometers by foot around the city. Not sure if they were hiding from us or there are not any left in Bucharest. 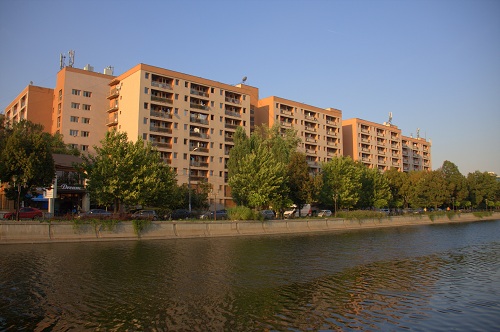 It is said that Bucharest is a city of stray dogs, but we only saw one

Some say Bucharest is dangerous and that there is a lot of crime in the evenings. If you are walking around the city center in the evening, when it is dark, you should not worry, as there was nothing really terrible in our case. But I must admit, there were securities in each park, square and streets. Not sure how do you react on this, but we felt even safer this way. 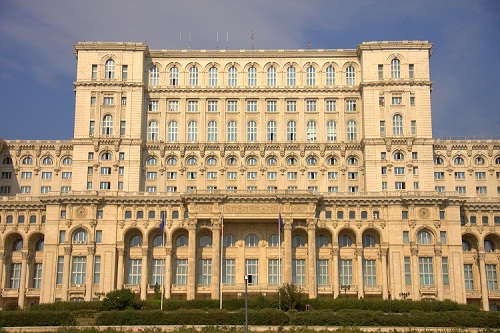 The palace of parliment is a symbol of Bucharest

The fact about which we were mostly disappointed was that Bucharest has not got any typical city center. There was no real square, which would be surrounded with old houses and crowded with cafes and restaurants. We sure missed that, especially as this was the thing we really liked in other, smaller Romanian towns and cities. But at the end that was a good side, as nothing drag us in staying here longer than planned.