Broken shock absorber introduces us to friendly locals in Moldova 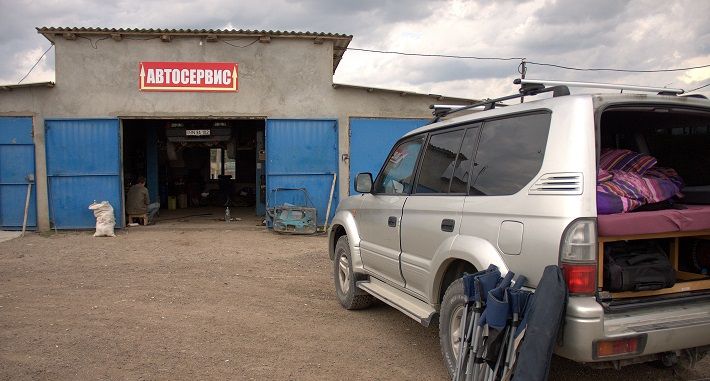 It was time to say goodbye to Chisinau after the interesting Milestii Mici wine cellar tour. Our new goal was reaching the town of Soroca in the northern part of Moldova. 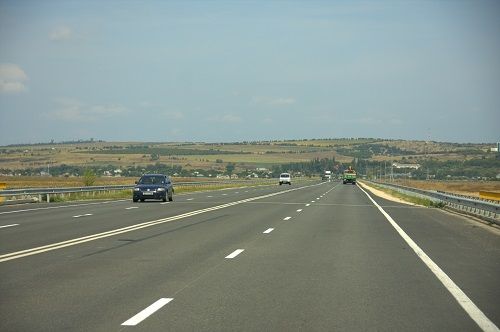 Roads are fair around Chisinau

The roads looked fine, but not for long. Further out from Chisinau, the roads became worse. Due to potholes we were driving slowly and carefully, but this did not help at all. The damaged rear right shock absorber was making such a terrible noise that our hearth was aching.

We were stopping, checking and thinking what to do constantly. There was not a single soul out there and we were in the middle of nowhere. The only good option would be driving without the broken shock absorber, but we did not have the right tools with us, to assemble it off. 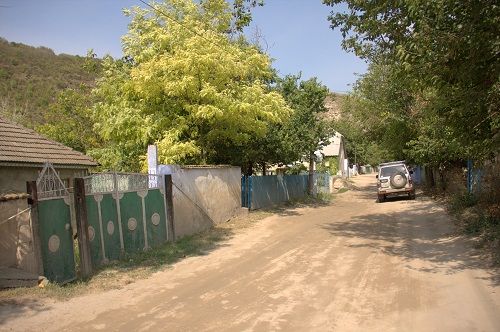 Away from the main roads, roads become less maintained

We slowly continued our roadtrip, when we noticed a small gas station along the road. They should definitely have some spare tooling, we could borrow. Speaking English was not an option, as the only language we could use was Russian. I’m still impressed how well Simon did communicate with the employee there. It looks like his knowledge of Croatian language with a Russian accent worked like a miracle. He didn’t need long, to get some tools. It was broken though and totally useless, but who cares. We just found out that Simon has a secret talent – speaking Russian. 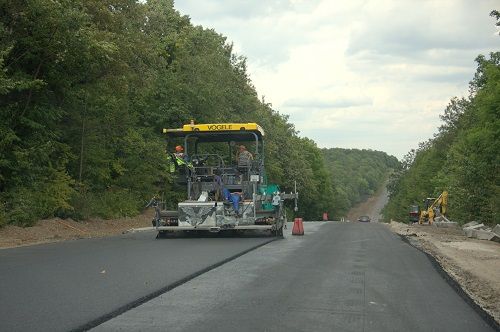 Slowly also roads in Moldova are getting better

They both crawl under the car, trying to find a solution for our problem. In the mean time, another tall looking man stopped at the gas station and decided to help too. There were three under the car now. All I was able to understand was »Problem, problem«. Oh yes, we do have a problem and it was so big, that even six hands could not solved it. 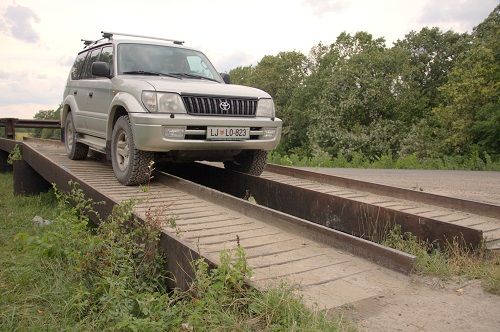 We asked if there is any automobile repair shop anywhere close by and they both knocked their heads and showed us towards North. At least that was in our direction. We sat in the car and continue our way, but before we left, we gave them some coffee, as a sigh of gratitude for their help. We always have some coffee with us, when traveling overland – exactly for these kinds of situations. 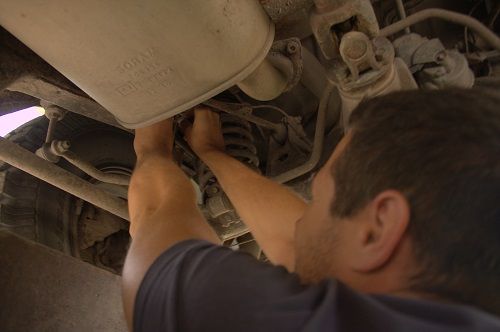 There was no help for the broken shock absorber

We are driving really slowly and we finally reach a bigger town. It looks like our shock absorber really made loud noises, as everyone was looking at as like we would be the only one in the street. We sure did not want to gain so much attention as new comers. We were on the prowl after an automobile repair shop. Luckily I was learning Cyrillic in high school, what was a big help now. There were only signs in Cyrillic and then we finally saw it »Aвтосервис«, meaning automobile repair shop. We turn left and ask for help. They both went down on their knees and crawl under the car. It did not take long, when two more came. There were three persons under the car again. Fingers crossed, but they could not help us either. 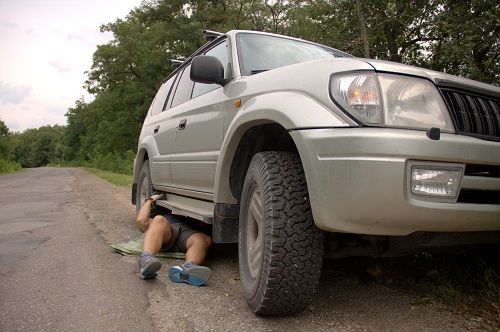 Our troubles ith the shock absorber started in Moldova

We are driving again, hoping we can find someone else. It really is true that third time’s the charm, as we saw another »Aвтосервис« sign. Hurray, the guys here knew exactly what the problem was. They assembled off our shock absorber and the magic begun. Running up and down, left and right around the garage, looking like they don’t even know what they are doing. After an hour of hammer sounds, welding and grinder, they came from their garage smiling. They have done it. Our shock absorber was saved. They put it on the car, we tested it and woohoo…we were ready to roll… almost… it was payment time. 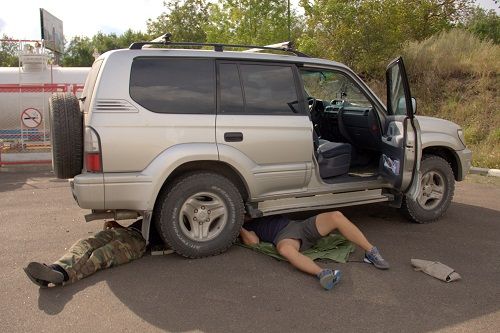 A friend in need is a friend indeed

The owner of the garage suddenly showed up and talked with his son about amount we needed to pay. We were both a bit nervous as they could really charge us a lot… After all, we are tourists, foreigners, far away from home and with a big problem. 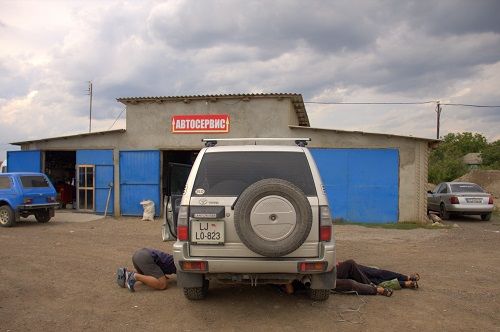 We finally reached someone with the right skills

Like always, also here in Moldova, in the middle of nowhere, we once again met the nicest people on our travel. Less visited a destination is, more natural, authentic and kind are its people. If we were worried about the cost of the repair, we were completely surprised that they charges us only 200 MDL (10 EUR). We know a simple thank you and a strong hand shake was not enough, neither the coffee, we gave them for the kindness given. In this moment we realized that we will bring home from Moldova nothing but positive memories.