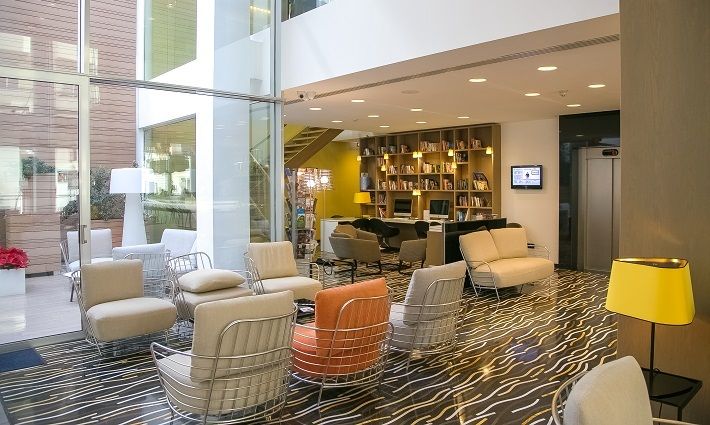 We were really lucky to be staying at hotel Valentina during our Malta travel, as it had everything we are looking for, when we travel. 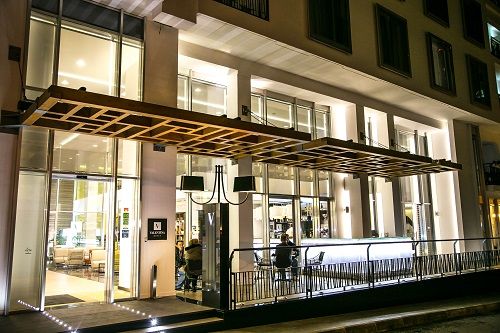 There are two locations in Malta, which are perfect for your stay – Sliema and St. Julians. Hotel Valentina is based in St. Julians, right in the middle of hustle and bustle. Staying at hotel Valentina you have everything just steps away – cafes, restaurants, bars, night clubs, casinos, bakeries, grocery shop, and bus station. St. Julians is not only known for its vibrant atmosphere, but also for its Spinola Bay, which is around 6 minutes by foot from the hotel Valentina. The hotel was also a great base to visit all the best tourist attractions in Malta. 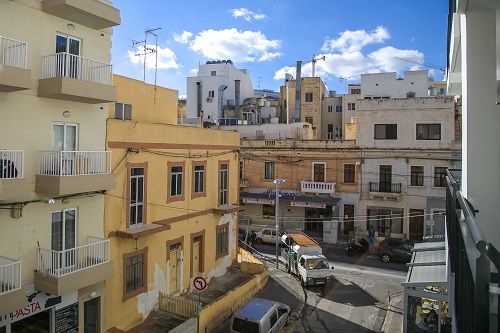 Hotel Valentina is a family run hotel and with its renovation 3 years ago, once a small guest house has become boutique hotel with 94 rooms. The complete hotel, including rooms, has modern and chick design, with lots of details, making the hotel a bit more special.

All rooms are equipped with LCDs, ironing board and iron, small fridge, water heater, daily stock of coffee and tea. Being travel bloggers, for us fast and free WI-FI is very important and we were very happy with it in the hotel Valentina. 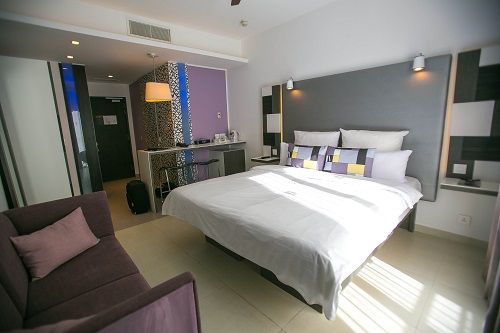 The hotel rooms come with a tall table / counter which was big enough for both of us to work. There was another great feature in the room – the pillows and matress. I cannot remember when I slept so well – it would be nice to have them at home. The only complain we had were our towels… We were two and we always got just one… But we did not make a fuss about it and just picked up another one at the front desk. 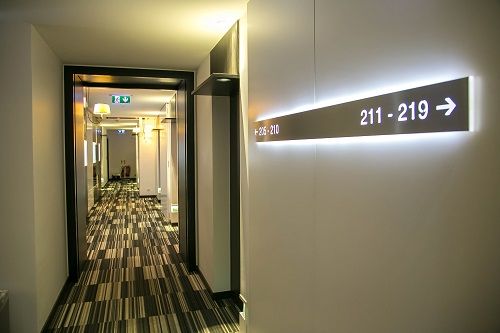 We had breakfast in the hotel Valentina, which was self-service and extremely diverse. We liked best, that it also included some traditional Maltese food like Gozo cheese, pastizzi, sundried tomatoes, olives…

The owners of the hotel Valentina also have a restaurant in the vicinity – The Avenue. It is just about 50 meters from the hotel. All the hotel guests are granted 10% discount on all meals and drinks. 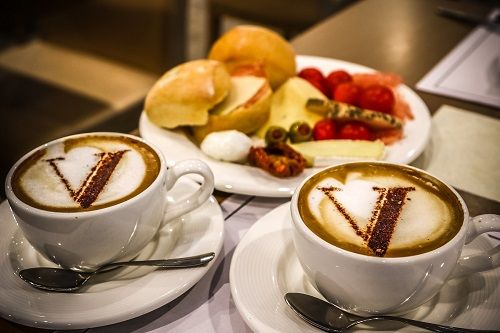 No breakfast should start with a good coffee (Hotel Valentina, Malta)

Location is one of the best features of the hotel, but there is one more thing we loved – its free parking garage. We were traveling around Malta in a rented vehicle and we don’t know what we would do without a garage. 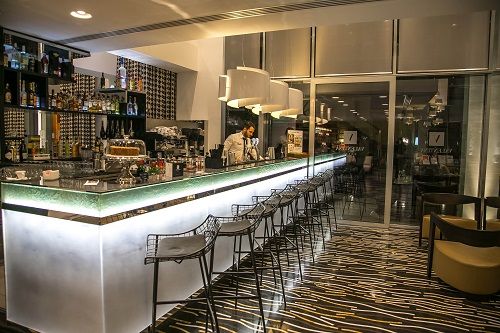 Hotel Valentina also has a nice rooftop swimming pool. Being there in January it was still closed for maintenance. The pool is open from March to October. There is even a small conference room in the hotel Valentina.

The staff in hotel Valentina

Lots of young people from Europe come to Malta for work and also hotel Valentina employs some. We had nothing but great experiences with them, as they were all helpful and always in a good mood. It is nice when people greet you with a smile. 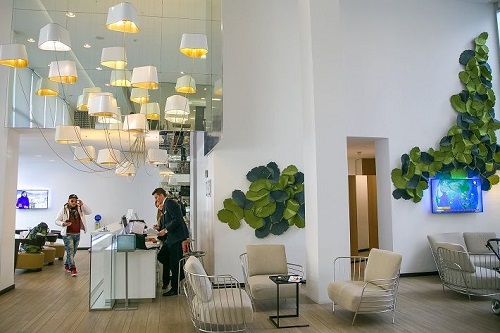 We would be lying if saying that hotel Valentina is cheap, but if the price is your only concern, you will not even be looking at this hotel. But if you enjoy modern design and clean lines, you definitely came to the right place. To top it all off, hotel Valentina also has great location and other amenities, which are worth spending a bit more. The price for a double room with breakfast starts at 80€/night, what is still very affordable comparing with what you get. 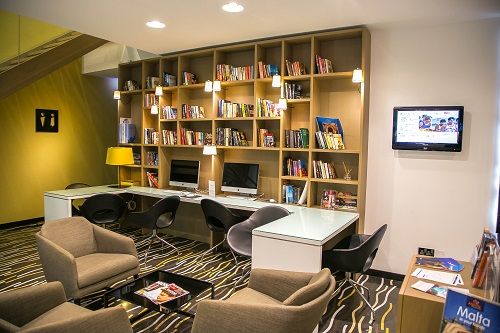 You can see more photos and reviews for the hotel Valentina here. 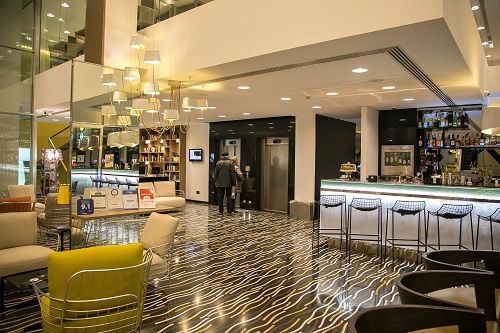 We stayed 5 nights in the hotel Valentina and we could not be happier as the hotel did offer us everything we needed – garage for our rented car, rich breakfast to start our day, friendly personnel and comfy bed which I have been missing a lot. Unfortunately we could not use the rooftop swimming pool, but nevertheless, if we ever return to Malta, we would not mind staying here again.

Our stay in hotel Valentina was complimentary, but all opinions and recommendations are completely our own.