Bohol Island – one of the most popular island in the Philippines 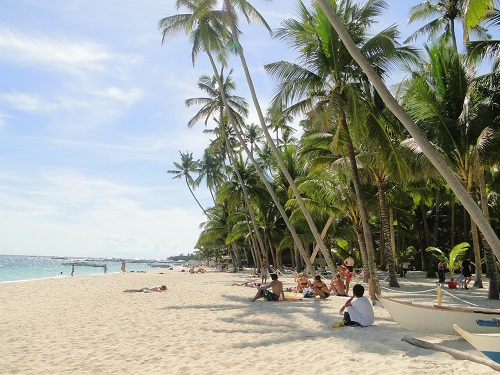 The Philippines have more than 7000 islands.  Some islands are more popular than others and one of the more popular is also Bohol island. The main reason for Bohol Island being so popular are its beautiful coral reefs. But the colorful sea world is not the only reason, why sooner or later majority of travelers to Philippines end their journey at Bohol Island. 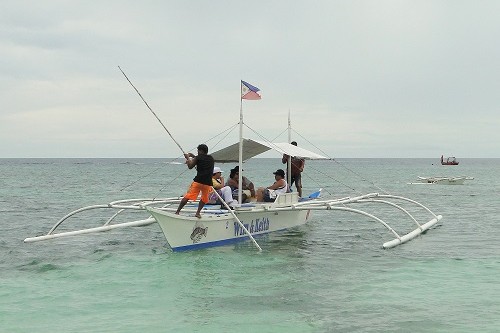 The Chocolate Hills are probably the most recognizable tourist attraction in Bohol island. If you did not see them, than you just cannot say you saw the real Bohol island. Honestly told, I did expect much more from the Chocolate Hills, but at the end I even was a bit disappointed. It seemed to me, the Chocolate Hills are a bit overrated. Maybe it is just me – lot of traveling grows your hopes up and you easily become more demanding. Even though I do recommend you to see the Chocolate Hills while being on Bohol Island, but I would not fly there just because of them. There are 1268 Chocolate Hills on Bohol Island and they are under UNESCO World Heritage protection. They are called chocolate, because they are colored in brown color during dry season. The Chocolate Hills were formed million years ago and were shaped because of the water erosion and weather conditions. If you would like to hear a more romantic story of the origin, there are two legends still alive.  Once upon a time lived a giant and a common girl. They felt madly in love, but her parents did not approve the relationship. The giant and the girl shared numerous tears, which formed the hills. The other story talks about girls parents, which thrown dirt on the giant and the piles of dirt are actually the Chocolate Hills. 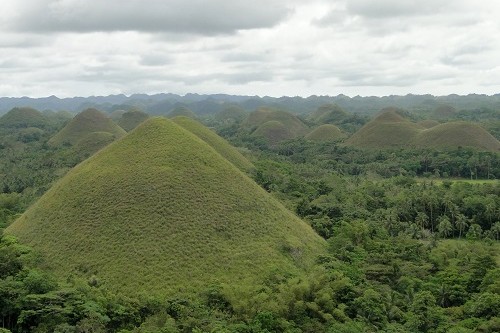 Head to head to Chocolate Hills is another Bohol tourist attraction – tarsiers. Tarsiers are a big deal in Bohol Island, as they are endanger specie, which can be found only here in the Philippines, on Sulawesi, Borneo and Sumatra. Tarsiers are known as the smallest monkeys in the world, no bigger than a human palm. They have long tails for which they can jump to 5 meters in length. Tarsiers are night animals and that is why they have such big eyes. In fact, their eyes are bigger than their brains. You have two options to see tarsiers in Bohol Island – in a sanctuary, where they live freely and you can only observe them on trees or and unfortunately in cages. If you do care for animals, choose the first option, as the second one is a death row for the poor and helpless tarsiers. They can live less than a year in a captivity and when you hold them in your hands, you can easily broke a bone or two, what again brings them to a certain death. 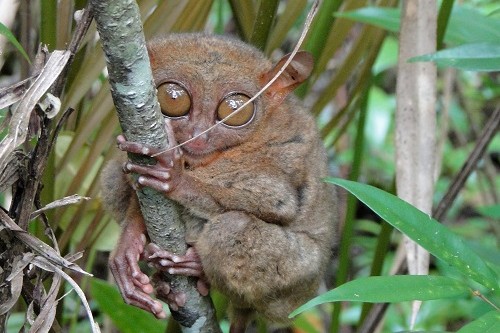 The Bohol Island has lots of small islands around it and they mostly are circled with coral reefs. No wonder Bohol Island is a diver’s paradise. If you are not a big diving fan, your best option is snorkeling. I have done it for the very first time here in Bohol island and loved it! It was amazing and one of my best experiences I have done in Bohol. Recommended! 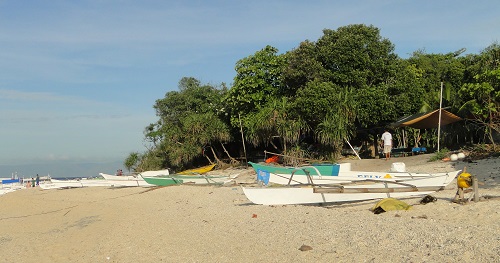 It sounds so romantic and beautiful, but I was blown away as soon as I saw how these tours are being held. You get up early in the morning, board on small motorized boats and drive towards the dolphins’ flock…  As soon as one dolphin was out on the open, all boats tried to catch it… Now imagine yourself being on the boat with extremely loud motors and they would all drive here and there just to see a dolphin. Crazy and sad! I have never been so ashamed on my decision to take part of this craziness. The whole experience looked like being in a night mare and I would not do it again. It is pure madness! 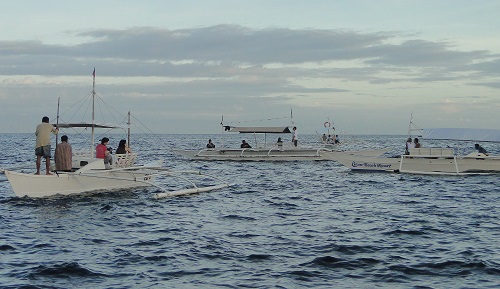 If you get bored of sunbathing and relaxing on the beautiful white sandy beaches here in Bohol Island and do not know what to do, head to a small butterfly sanctuary. Seeing the colorful butterflies flying all around you is a nice diversification of an afternoon. 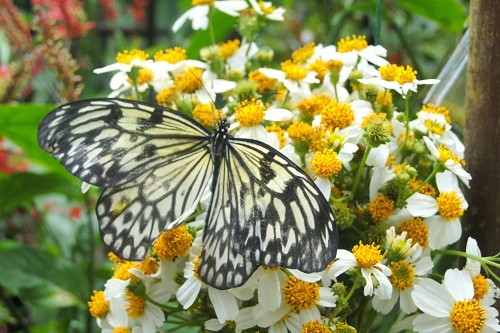 Another way to spend few hours while visiting Bohol island is to take part on the river Lomboc cruise. The cruise includes lunch and is more about the food than anything else, but still a pretty good option to do something else. 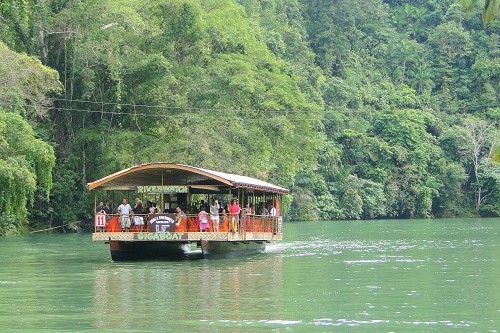 Bohol island attrackts numerous visitors due to its beautiful beaches. The most popular and visited is Alona beach and in the peak season it is packed with holiday makers. There are lots of restaurants, pubs and hotel resorts. 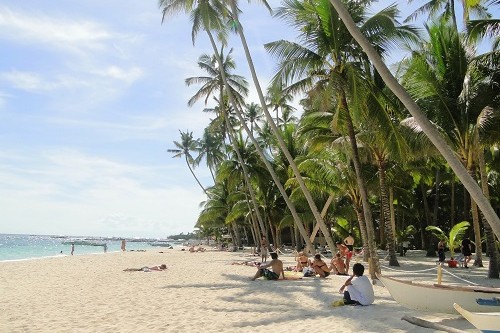 My very last stop when traveling around the Philippines was the Bohol island and its Alona Beach.  After a month of low budget backpacking around the country, I wanted to relax for few days, before heading back home.  I was at Bohol island few years ago, when the Philippines were not as popular as today and the prices were way cheaper. For instant – I stayed in a beautiful Alona Tropical Beach Resort, right on the Alona Beach, which cost me 20€/night for double room and now the price is already 50€/night. Even though the price is much higher now, the resort is still wonderful and well worth the money. 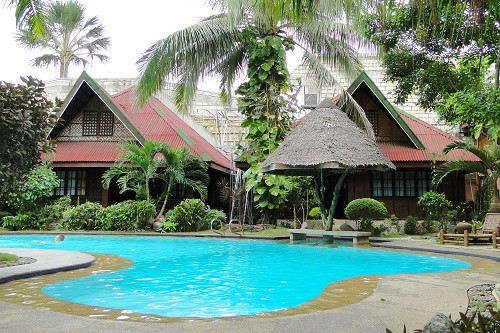