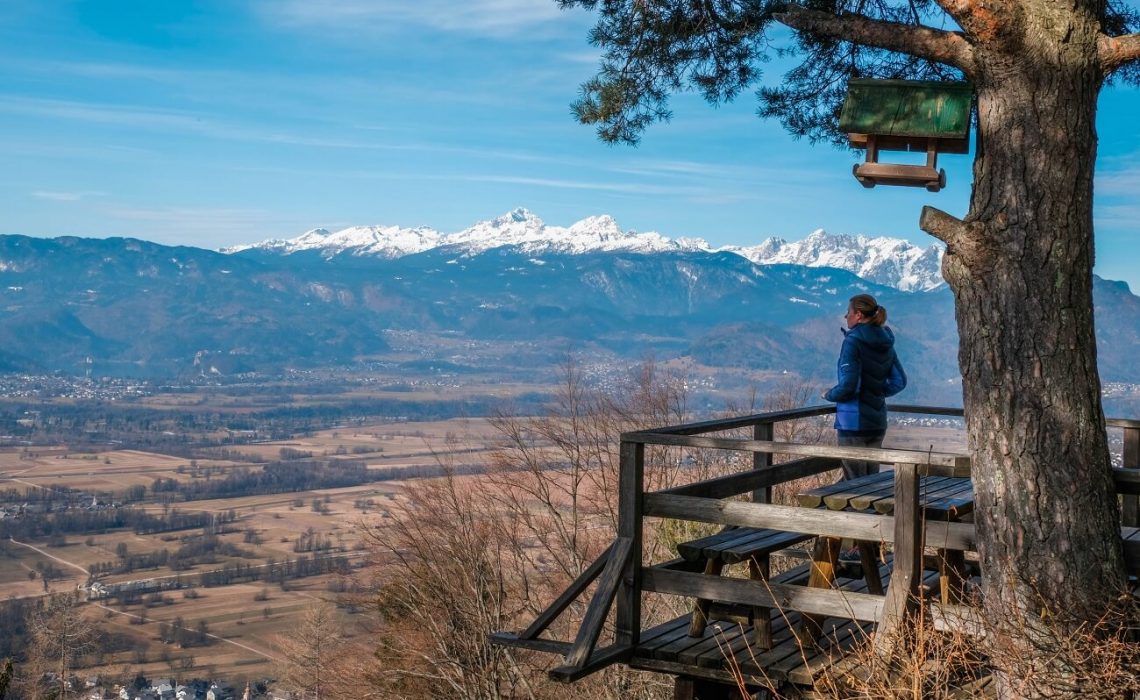 I really enjoy the fact that you find small villages, offering you full of interesting and unique things to do, and almost no one ever pay any attention to them. Begunje na Gorenjskem, near Bled, one of the most popular tourist attractions in Slovenia, is a small village, who is still well kept secret and well worth the visit.

The Castle Kamen was already mentioned in 12th century and was known as a stronghold protecting the ancient cargo path over the Prevala pass to Carinthia. You can now just see the ruins, but a walk among them is a spectacular sight, especially as you can still see well preserved Romanesque tower.

The Avsenik museum and restaurant

If you like the so called oompah-oompah music, you definitely should stop in Begunje na Gorenjskem and visit the Avsenik museum. After all the Avsenik Brothers Ensemble was the beginner of these kind of music, which has been known also as Slovenian popular folk music. Who would ever though that the Avsenik Borthers Ensemble will make the music so popular, people all around the world listen to it. You can now visit their old house, see the beginning of the music and its original instruments. You can walk among the awards and gold records, listen to the songs and watch videos. There’s even a memorial room / apartment with original furniture.

To really enjoy the music and eat some Slovenian local cuisine, you might want book a table in their restaurant on a concert night.

If you enjoy alpine skiing you probably heard for Elan skis, which is actually Slovenian producer, known for high quality and innovations. The Elan Company opened the museum in 2018 and with that Elan became the very first ski producers with its own museum. The Elan Alpine skiing Museum is interesting for young and old as it shows the development of skis and skiing, including some interactive points, where you can test your skiing on a simulator or try to hold balance on skis and snowboard. You can even try to make a ski. You will also see that Elan Company was not just about skis, but was once popular for other things too.

Begunje na Gorenjskem have a dark story too. During the WW2 the village had a Gestapo prison, holding the hostages of Gorenjska resistance movements. There were 11.477 hostages in total. You can now visit its prison cells and read sad stories of hostages (unfortunately just in Slovenian language). Many of the hostages were shot (849 people) and now buried on a cemetery nearby and in the nearby Draga valley.

The Lamberg trail is 7,7 kilometers long and due to the numerous attractions and archaeological sites, you will need at least 2-3 hours for it. The main attractions is for sure the ruins of the Castle Kamen (Stone) from 12th century.

The trail is easy and short (1,6 kilometers long) so it is perfect for children too. It will show you the best attractions of the village, including the Avsenik brothers Ensemble museum, Katzenstein mansion, where you can see the hostage museum now and the work of prominent Slovenian architect, best known for its work in Ljubljana, Jože Plečnik.

If you like mountains and hiking Begunje na Gorenjskem is the right village for you. Just above it you can already see beautiful peaks, waiting for you to hike. There’s even a Shepard’s trail, which shows you great views, some huts and mountain tops. You will need 5-6 hours to do it.

If you are not in good shape, but still enjoy hiking and good views, go up to the St. Peters church. You will need around 30 minutes for an easy hike. Don’t even forget on a nearby Sankaška hut, which offers amazing views over the Bled Lake and Slovenian highest peak Triglav.

Another nice walk is the Draga valley, which takes you to the Draga hut. It is great to walk there in the hot summer days as it is full os shade and a cold stream runs along the way, what for sure is refreshing. You will even pass by the monument Grobišče and cemetery where hostages from the WW2 were killed. 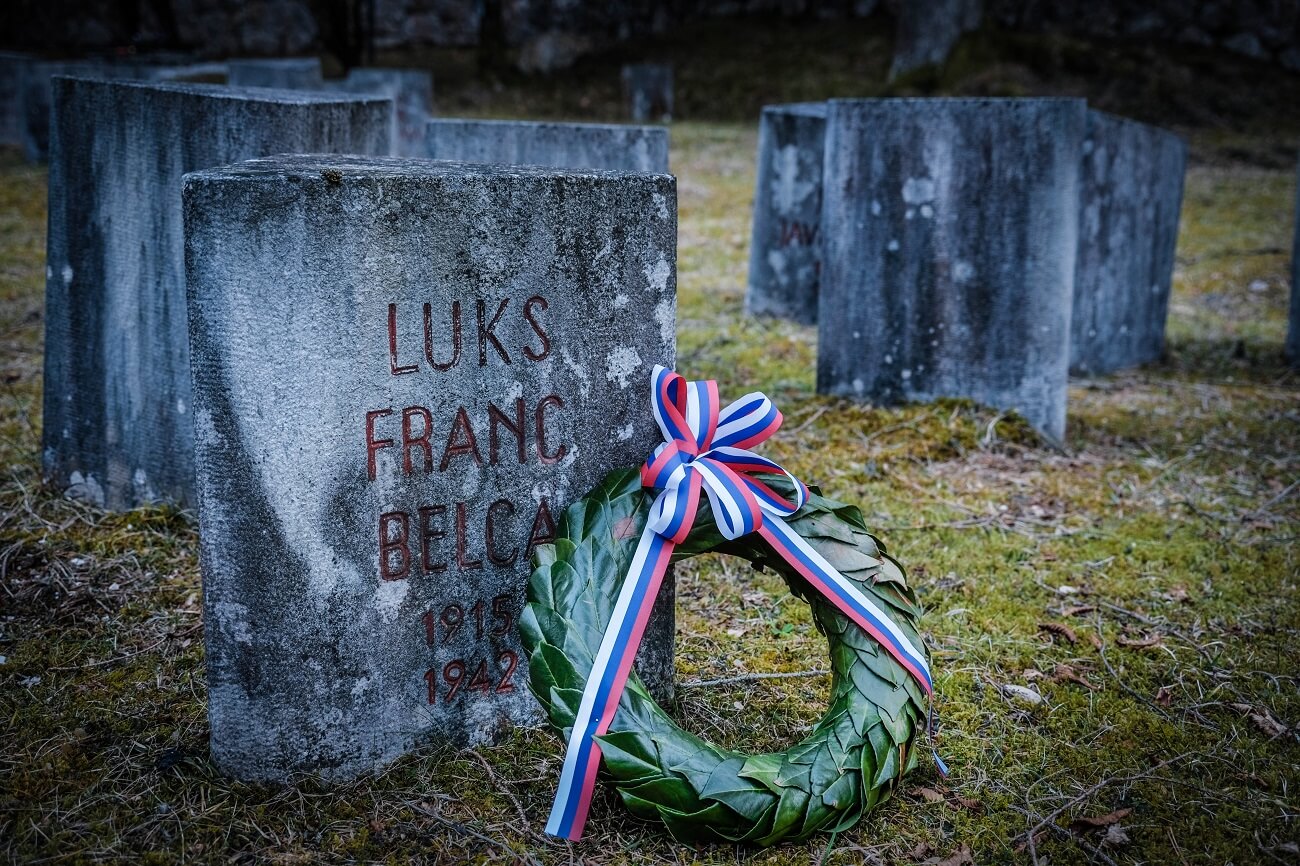 A really cute little town near Begunje na Gorenjskem is Radovljica. There are not many visitors there, what sure makes it even more appealing. Walk to the old town center and enjoy a cup of coffee in some of its cafes, while admiring the historical old houses. You can also find good local restaurant there – we once eat at Lectar and loved it. And if you’ll be visiting Slovenia in April, check out the dates for its chocolate festival.

A small museum, but with one of the most impressive painted beehive panels collection, a big part of Slovenian folk art. The museum also shows you more about beekeeping tradition in Slovenia and our indigenous Carniolan grey bee. If you visit the museum from spring to autumn, you will also be able to observe the real hive and the bees in action.

Do you like the smell of gingerbreads? If so, don’t skip the visit to the Lectar museum and its workshop, showing you how the gingerbreads are being made. The process hardly changed through the years and in Lectar house the gingerbread making go way back in 1766. 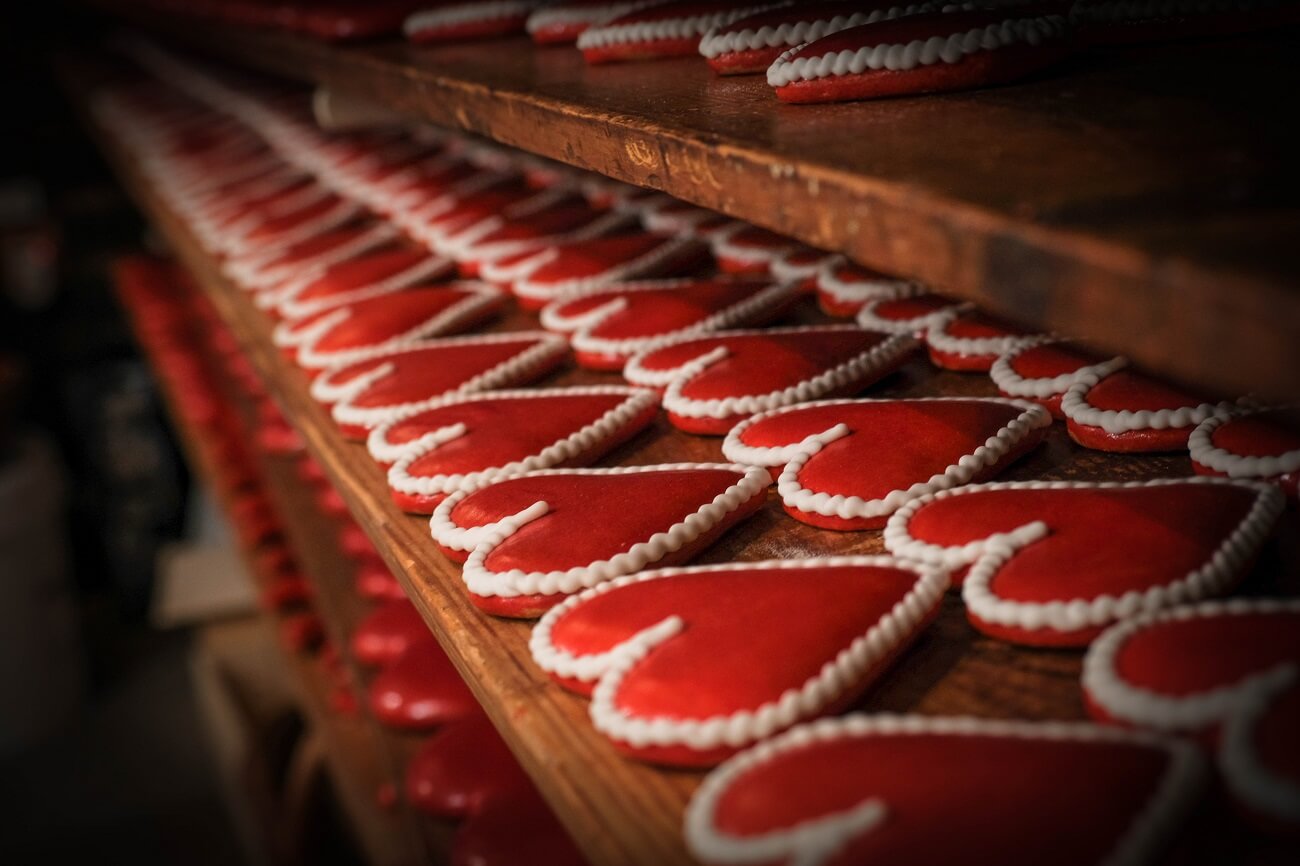 The Confluence of the Sava River

Not far from Radovljica (in Lancovo) and with that also not far from Begunje na Gorenjskem you can visit the confluence of Sava Bohinjka River and Sava Dolinjka River. The embankment is peaceful and does not get many visitors, so it is ideal place to relax and meditate.

If you’ll be visiting Begunje na Gorenjskem with kids, your kids for sure will take a shine on the playground, across the Avsenik Museum and Restaurant. It was donated and equipped by Elan company and is perfect for kids to enjoy. There’s also a cafe, so while your kids play, you can sit and enjoy a cup of coffee or something else. 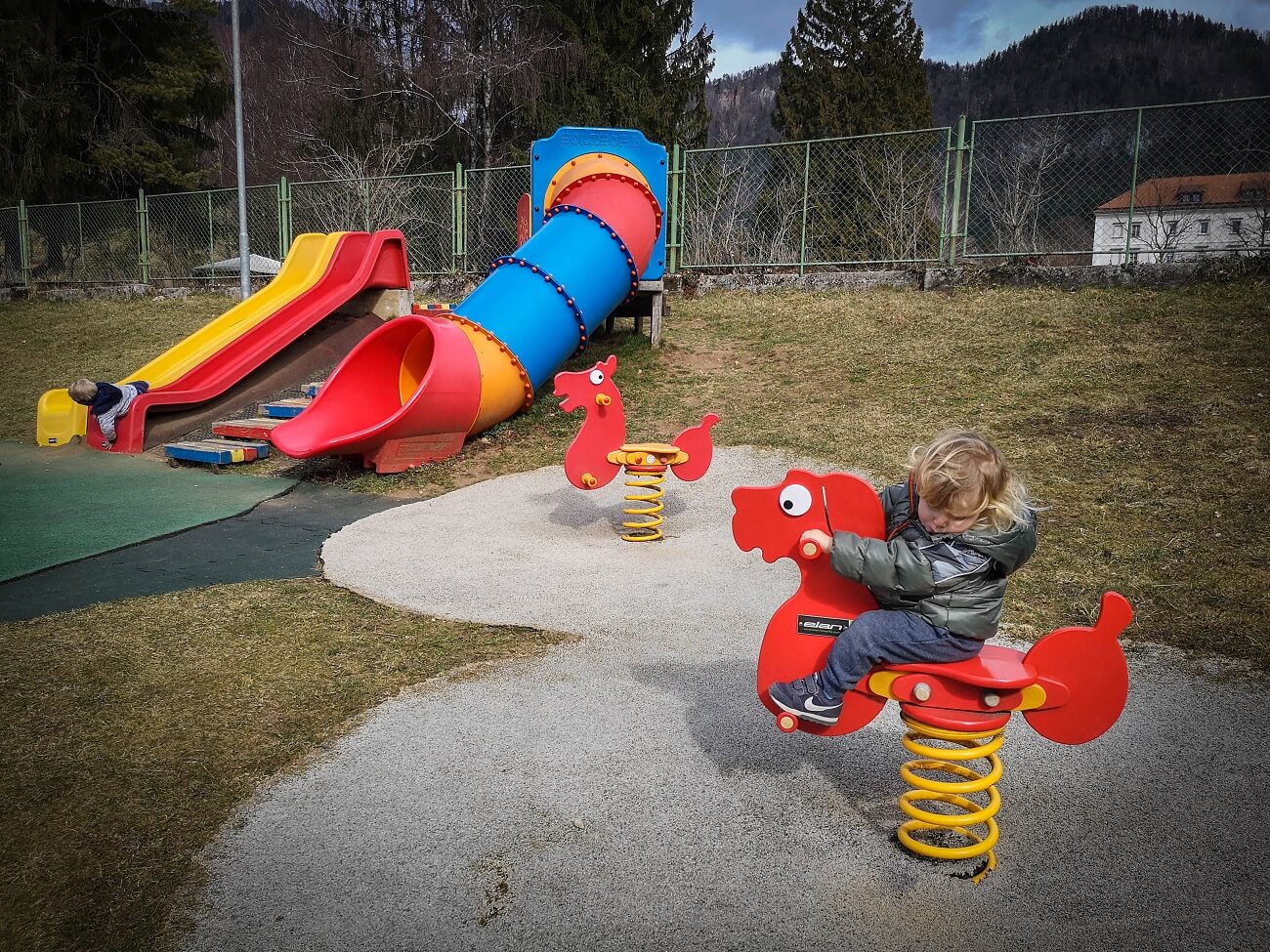 You can book one or two night stay, with breakfast only or with delicious 3 course chef’s dinner too. The package also includes unlimited use of saunas and indoor swimming pool.

The location of the Lambergh Chateau Hotel is set in the countryside, with nothing around you, so it is perfect for romantic getaway or for relaxation, surrounded with nature. But the village Begunje na Gorenjskem can still be reached on foot in 5 minutes, so it is ideal to park the car on the private and free parking lot and explore the area on foot or by bike.

The Lambergh Chateau Hotel has also one hidden gem – just steps away – some rooms are even looking on it, lies a beautiful mansion Drnča from 13th century.

You can find out more about the exclusive Megabon Slovenia offer here. If you are not convinced, you can still check out other accommodation options here.

There are many places in Begunje na Gorenjskem, where you can eat well, including the Lambergh Chateau Hotel and Avsenik restaurant. But also the nearby villages and towns offer good food. Our favorite would be the Villa Podvin, serving high-end, but local food. If you are not into the fancy things, you won’t miss with the Na Kležnk, located at the Lesce airport, where you can also take a panoramic flight over the Bled Lake and the mountains, including Triglav, Slovenian highest peak. You can also eat delicous and traditional Slovenin cookin at Lectar in Radovljica.

Visiting Begunje na Gorenjskem for a day or more, we are sure that you will soon realize that this small Slovenian village offers so many interesting sights and beautiful places, that you will never want to leave.