Erdinger brewery tour is one of the best things to do in Munich, as beer and Germany go extremely well together! After all, beer production has in Germany a very long tradition. This is best shown at the world’s famous beer festival in the world – Oktoberfest. But did you know that Germany has also the world’s biggest wheat beer brewery?

The Erdinger guided tour starts with a short movie, where we can find out more about the history and facts of this largest wheat beer brewery in the world. Everything started in the old premises, standing in the middle of the Erding city. Even now, there is hustle and bustle around Erdinger beer, as inside everything is renovated as a hotel and restaurant. 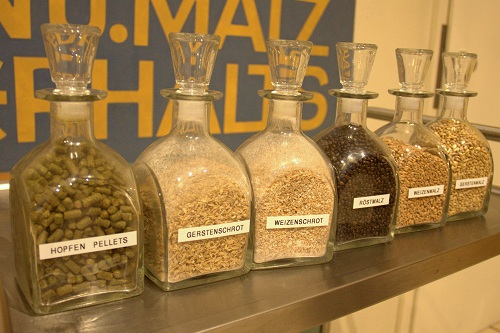 The town of Erding has 35.000 inhabitants and is a nice renovated medieval town. Honestly told, we were a little bit upset to have such a tight schedule, as we would love to explore the town a little bit longer. Oh well, even though we were able to feel, how strong effect the Erdinger brewery has on the town and its people. The whole town lives and breathes with the brewery – after all many people are employed there. 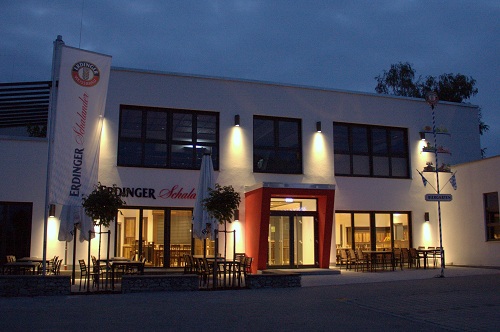 During the Erdinger guided tour you can easily see how proud are the employees in the Erdinger brewery and how well the company cherishes their work force. Out of 500 employees, there are lots of people, who have been working in the company for 10 20, 30 and even 40 years. Many companies forgot that employees are one of the valuable assets, but that is not the case with Erdinger. Here all the employees are put on a publicly seen wall, where is stated how long someone worked for them. 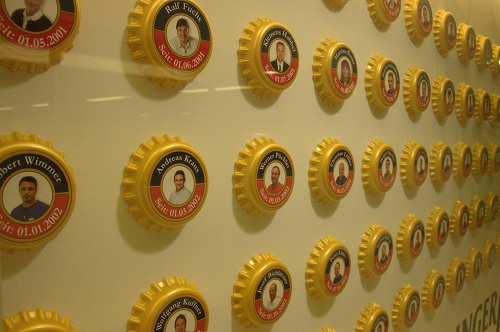 The guided tour showed us all the production processes, so we were able to see ourselves, how the Erdinger beer is being made. Seeing the assembling line, where more than 120.000 bottles are filled each hour is amazing! 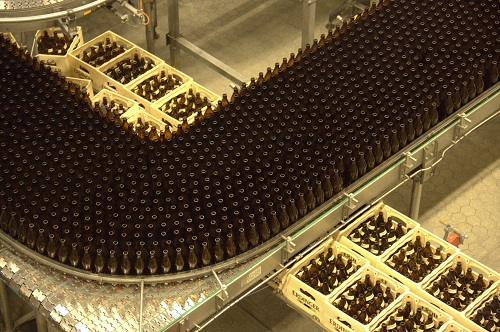 The Erdinger beer is drank and popular all around the world. Their biggest markets are Austria, Switzerland, UK, Italy, Ireland and China. If you are one of the Erdinger fans, you will like their well stocked fan shop. You can get almost everything here – from beer glasses to backpacks and leather hosen – all are, of course, marked with the Erdinger logo!

The Erdinger brewery aims to have an ecological / green production. They have their own recycling department, where old bottles are brought in and going out clean and ready to be re-used. They also have enormous siloses, in where they put used wheat and stock local farmers with it. Almost nothing is wasted away. 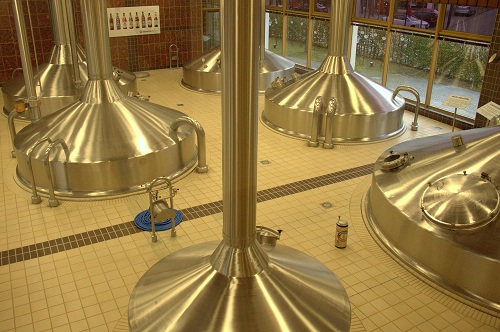 Years ago the Erdinger brewery decided to produce its beer strictly in Erding. The reason is that if they would have breweries in other parts of the world, they could not really control beer taste and quality, as even a tiny ingredient makes the specific Erdinger taste. So no matter where you open your Erdinger beer bottle, you always get the very same taste. Due to their strategy, they have a huge warehouse, which is robotize from head to toe. The view on the robot, searching for specific code, is out of this world, especially if you see this for the very first time. 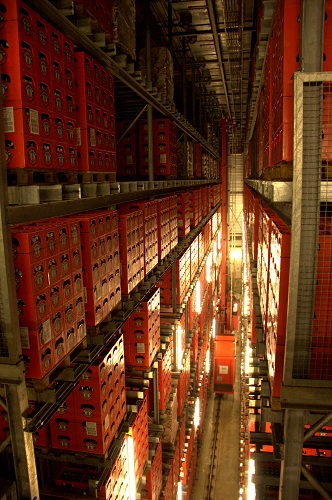 It is all about the quality in the Erdinger brewery –quality is their priority, even thought that means a little bit higher prices of the beer. Only sticking up to quality makes your good name out to the world and on the long run, you get satisfied and faithful costumers. 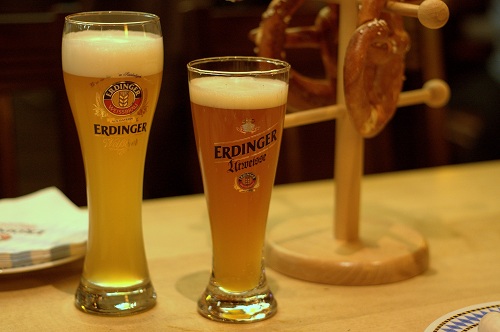 Guided tour around the Erdinger brewery will make you thirsty for sure, so the tour ends at their tasting room, which is done like a pub. You can taste all eight Erdinger beers here and to top this up, you even get a pretzel and the white sausage – it cannot get more typical Bavarian than this.

Some facts about the Erdinger brewery

Erdinger guided tour attracts around 20.000 visitors yearly, who mostly come in organized groups. You can still attend the guided tour as an individual visitor. Their guided tour is organized three times per day (10am, 2pm and 6pm), but note that reservation is needed and that the tour starts only for a group with minimal 10 people. Erdinger guided tour can be done in English, German or Italian and last about 3 hours – including with tasting, which takes the longest time. 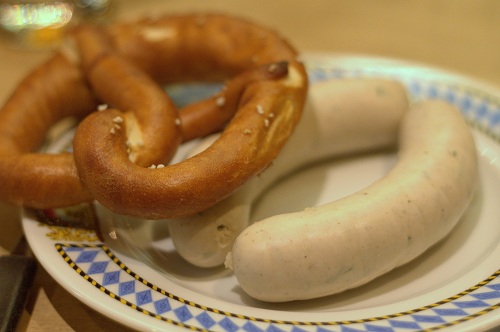 How to reach Erdinger brewery?

The easiest way from Munich to Erding is by local transport – take the green line S2, direction Erding, as the town is the last stop. At the S-Bahn station is also a bus stop, where you have to take a bus nr. 540 or 530. You should get off at the stop »Brauerei« (Franz-Brombach 1street). To reach Erdinger brewery from a Munich city center, you need at least 60 minutes – even more if you miss a bus, so we recommend you to have at least 1,5 hour planned for the transport. 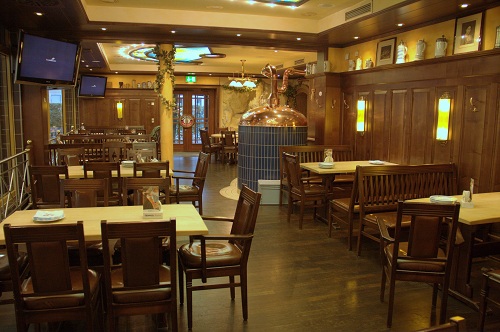 Taking part of the Erdinger brewery tour, we can only say, that our visit was an icing on the cake of our Munich travel. Beer, pretzels and white sausages are symbol for Bavaria region and as well for its local and traditional life. If you do not try it, you can never really get to know it, so visiting the Erdinger brewery is a must thing to do for sure!