I was 3 years old when my parents took me with them traveling. I must admit I do not remember much from this travel. In fact my clearest memories are of water slides in a small water park in Greece. It looks like the toboggan ride impressed me a lot, as even now, 30 years later, I’m always thrilled to see one. 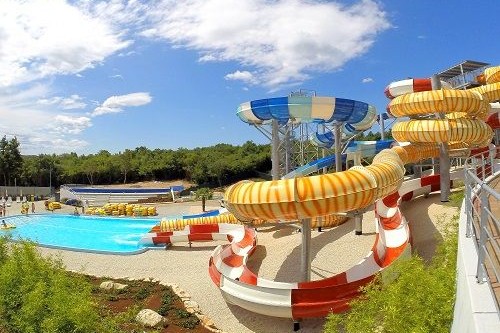 Istralandia water park is fun for young and old

Visiting Istrialand Water Park was on my wish list ever since it opened in 2014. I am not sure about you, but hot summer days are always better if you spend them surrounded with water and some adrenalin. 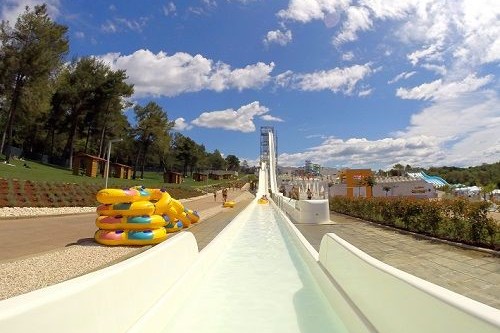 The Istralandia Water Park opened in June 2014 and with that it was the very first water park in Istria, Croatia. 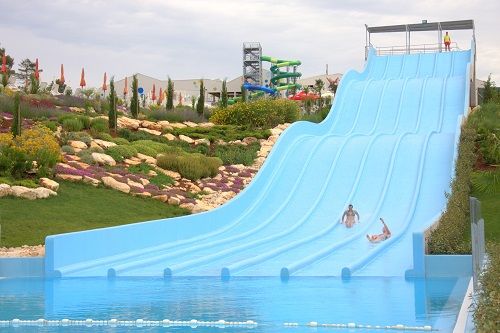 If you are traveling to Istria in Croatia during the summer and you like to have fun, you should consider visiting the Istralandia Water Park. With its 1600 meters of water slides it is perfect to visit it with kids. But honestly, you can enjoy Istralandia even without them, as some of its water attractions are pretty adrenalin oriented. 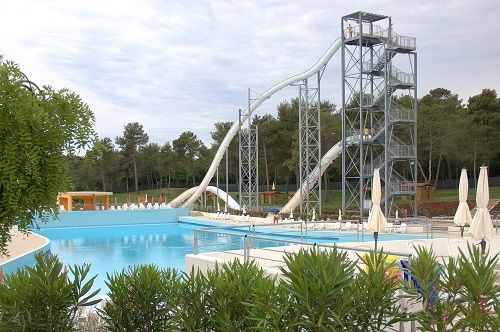 Simon and I are already in our thirties, but spending a day in Istralandia Water Park was great fun for us too. We have tried all the attractions (except for the kids’ pool of course) and we would have a hard time deciding which one was better. 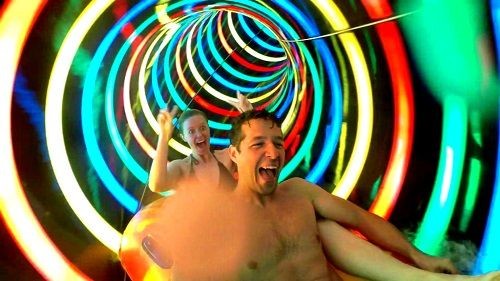 Having fun in Istralandia Water Park

I guess visiting a water park makes you feel young again and we are sure to be back for more.

We enjoyed a lot in Istralandia Water Park and we will be back for more! 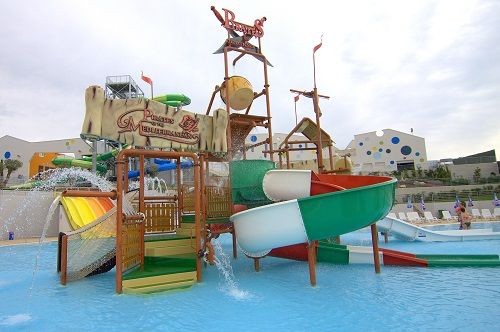 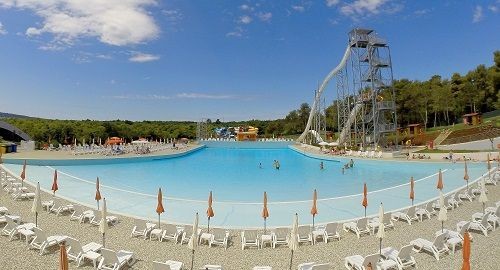 Istralandia Water Park has the largest wave poll on the Mediterranean

Being an adult, you need 150,00 KUN for a daily ticket. Visiting the Istralandia Water Park with kids, you can choose two different family tickets (2 adults, +1 kid, 2 adult, + 2 kids). Make sure to have local currency with you, as you cannot pay in Euros. But on the other hand, there is an exchange office and ATM available. You can also pay with credit cards. 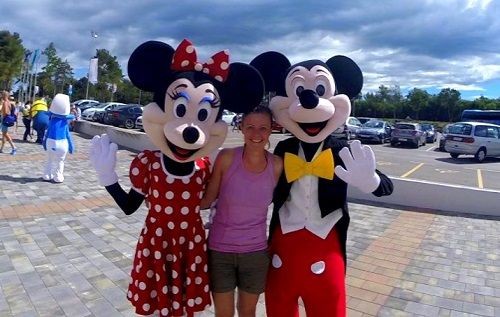 Cute welcome at the front door of Istralandia Water Park

The Istralandia Water Park is located only 19 kilometers from Umag and right at the Highway A9 exit Novi Grad / Nova Vas. 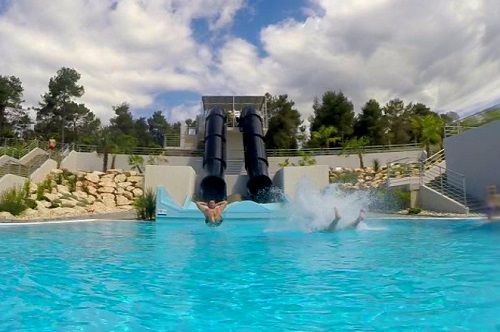